A Strange Encounter With Murtaza Bhutto

'Murtaza?' Quick as flash, he pulled out a pistol, pushed it against my forehead and shouted, 'Who wants to know?' 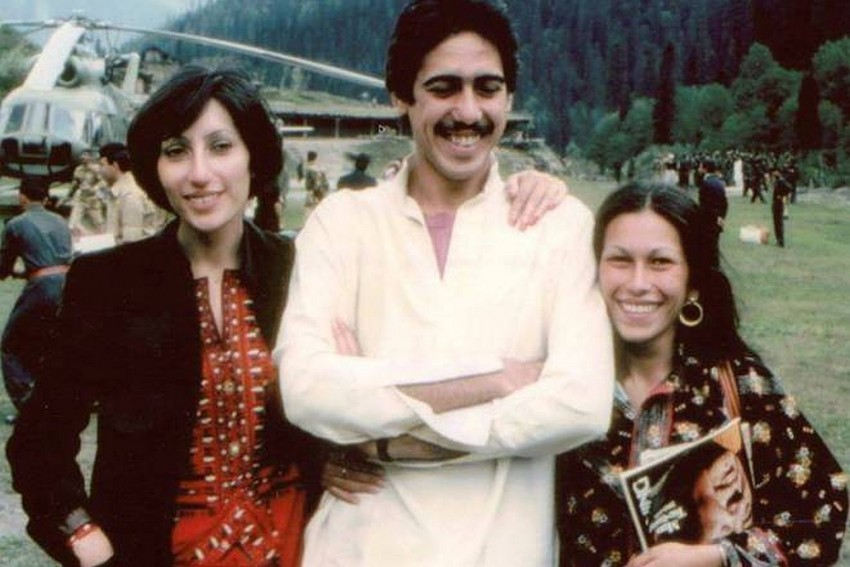 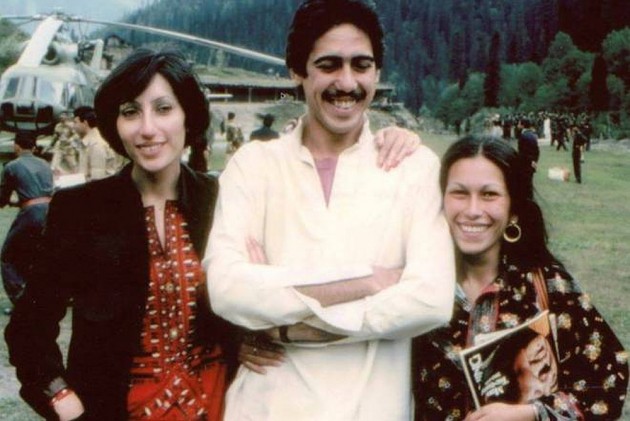 Bullets And Bylines From the Frontlines Of Kabul, Delhi, Damascus And Beyond
By Shyam Bhatia
Speaking Tiger | Rs. 599

In the case of her siblings, Benazir was fondest of her younger sister, Sanam, who is still alive and lives in London, and her younger brother, the late Shahnawaz Bhutto, who died in mysterious circumstances in Cannes in 1985. The Pakistani authorities at the time attributed his death to alcohol and drug abuse. The Bhuttos believe he was poisoned at the behest of the Pakistani military.

More fraught were her relations with the other brother, Murtaza, who died in a police shoot-out in Karachi in 1996 during Benazir’s second term as prime minister. He was only a year younger than his sister and, like Benazir, he too went to Oxford where he was enrolled in a post-graduate degree to examine Pakistan’s nuclear programme. Both he and I shared the same tutor in Sir Michael Howard, then the Regius Professor of Modern History.

Our paths would cross all too often, either when I was leaving Sir Michael’s room at All Souls after a tutorial, or when Murtaza was entering. Out of hours we occasionally had a drink and exchanged jokes about where India and Pakistan were heading with their nuclear ambitions.

Nevertheless, it was a bit of a shock to come across Murtaza more than a decade later in the bar of the Sheraton Hotel in Damascus. So much had happened since our Oxford days. Zulfikar Ali Bhutto had been overthrown and hanged, Murtaza and Shahnawaz had subsequently hijacked a Pakistan International Airlines flight from Karachi during which a hostage was killed, resulting in both brothers being sentenced to death in absentia by a military tribunal. Pakistan’s military dictator, General Zia-ul-Haq, was himself killed in a mysterious air crash in 1988, paving the way for democratic elections and Benazir taking over as her country’s elected prime minister.

All this was racing through my mind as I watched Murtaza walking towards the bar where we, a group of visiting foreign correspondents, were huddled. Murtaza was a bit of a side show that evening because the focus of the visiting foreign media’s interest was the fate of Western hostages, such as the Archbishop of Canterbury’s special envoy Terry Waite, held by Hizbollah across the border in neighbouring Lebanon.

Hizbollah’s tactic was to release the hostages into the hands of Syrian officials who would bring them to Damascus and produce them in front of the media. That evening in December 1988 we were waiting for news of another hostage release when Murtaza, splendidly turned out in brown trousers and jacket with a bright red waistcoat, suddenly came into view.

He was only thirty-four, but seemed both older and heavier as I walked across to where he was standing and inquired, ‘Murtaza?’ Quick as flash, he pulled out a pistol, pushed it against my forehead and shouted, ‘Who wants to know?’ Journalists are not usually experts in firearms and from where I was standing, it was not possible to make out the make or type of pistol pressed hard against me. Around me all conversation stopped and there was pindrop silence until I responded in frightened Urdu, ‘Have you gone mad?’

Frightened by his extraordinary reaction, I made my excuses and left as quickly as I could for my room on the third floor. Five minutes later there was a banging on the door. It was Murtaza. ‘Come down,’ he shouted from outside. ‘I want to talk to you.’ When I told him I wanted to sleep, he answered, ‘I’ll keep banging on your door until you agree.’ By now it was 11 p.m. and, concerned by how other hotel guests might react, I finally agreed to meet him downstairs.

Downstairs on the ground floor, in a small side room next to the bar, Murtaza was in charge of a pool table, surrounded by a couple of Syrian security men, a visiting male cousin from Pakistan and a slim woman in a shiny dress and even shinier sequins dotted all over. This was Ghinwa, his Lebanese girlfriend, a former ballet dancer and his future second wife. She didn’t say very much, just smiled a lot and occasionally laughed as we took our turns at the pool table.

Murtaza was also drinking heavily. A jumbo bottle of Johnny Walker Red Label sat on the side of the table, from which he refilled his glass (and mine) every few minutes while he raved about the late General Zia, who had died only a few months earlier.

‘Bastard’ and ‘cobra eyes’ were just a few of the epithets that Murtaza used in his recollections of Zia, whom he accused of murdering his father. ‘You’re a reporter,’ he went on. ‘Write all this down. He tried to have me killed as well.’

‘Luckily for you he’s dead and gone,’ I told him. ‘How fortunate that the country has had elections and your sister Benazir is about to be sworn in as prime minister.’ There was silence. Ghinwa, the security guards and the visiting cousin—all stopped talking. Clearly, this was a sensitive subject. Murtaza’s body language—the way he shrugged his shoulders—suggested he was not on the best of terms with the incoming prime minister.

My recollection from fifteen years earlier at Oxford was of a brother and sister who got on reasonably well. True they went to different colleges, had their own sets of friends and were pursuing different types of degrees—Benazir opting for a second undergraduate degree after Harvard, while Murtaza was looking for a post-graduate B.Litt leading to a D.Phil—but there was genuine affection between brother and sister.

All that, however, was a long time ago. In Damascus that evening, as I brought out my reporter’s notebook, Murtaza spat out sheer venom about Benazir. ‘What did you say about that bitch?’ he asked.

‘Is this on the record?’ I inquired.

‘Yes, you can write what you want,’ he continued.

Uncertain about what he would say next, I excused myself for a few seconds and went to the other side of the bar where my Fleet Street colleagues were bunched together. One of them, Danny McGrory from the Daily Express, was a personal friend and had been best man at my wedding. My concern was to have an independent witness to the interview with Murtaza that was in progress and Danny—once I explained the situation—agreed to come over.

Minutes after Danny too had been given a generous dollop of Scotch, Murtaza continued. ‘I should be prime minister, not her,’ he declared. When asked why, he replied, ‘Because I’m the man, I’m my father’s son, I was his election agent in Larkana (Bhutto’s constituency), so obviously he wanted me to be his successor.’

For the rest of the evening and well into the early hours of the morning, he raved and ranted about how his sister had thwarted his legitimate political aspirations and how he would one day get even with her. He was much nicer about Indira Gandhi—described by him as an ‘extraordinary’ and ‘gracious’ lady—who first received the Bhutto brothers in 1979, soon after they set up the Al Zulfikar Organisation (AZO), shortly after their father’s sham trial and execution. Whether Mrs Gandhi facilitated the supply of cash and weapons to AZO remains an open question. Murtaza, even in his drunk state, refused to be drawn on the issue.

My story was filed the next day and duly published in abbreviated form. Two weeks after publication I received a lawyer’s letter accusing me of concocting the story of the interview and demanding a massive ten million dollars in damages. Fortunately, Danny was willing to come to my rescue by writing to the lawyer to say he had been present throughout and was ready to swear an affidavit saying every word was true. Nothing was ever heard again from Murtaza’s lawyer.

Contact with the Bhuttos was sporadic thereafter. Once when I happened to bump into Murtaza in London, I asked what the attempted lawyer’s letter was all about. ‘Oh come on,’ he answered. ‘You’re not supposed to take these things seriously, it was all a joke.’

(Shyam Bhatia is a former West Asia correspondent of The Observer, and author of Bylines and Bullets, Stories from the Front Line)