A Space Of New Possibilities

In defence of the ‘post-Ideological’ Aam Aadmi – yet again! 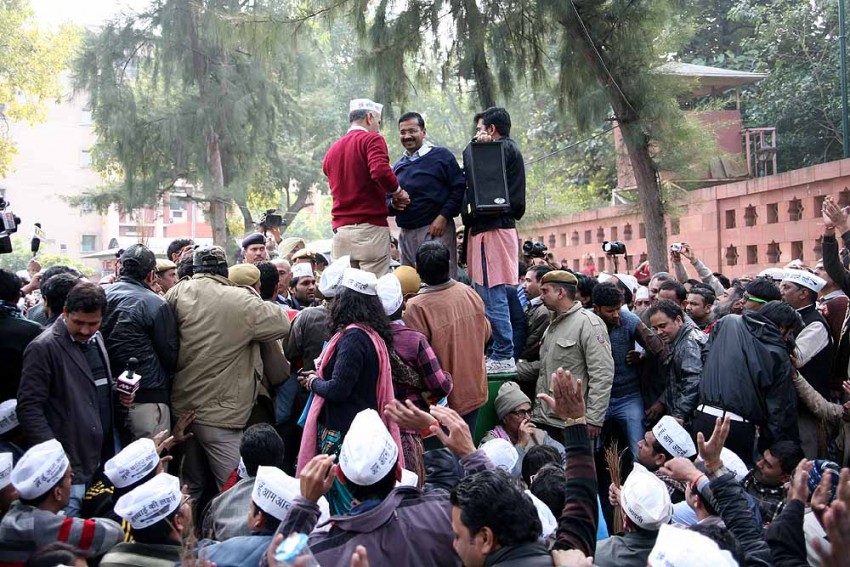 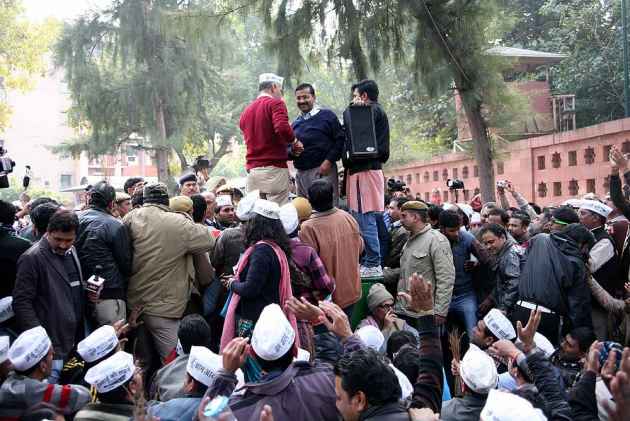 On the morning of 17 January, the very day after Somnath Bharti carried out his vigilante act—and I maintain, despite Arvind Kejriwal and Yogendra Yadav, that it was a vigilante act—I wrote about the dangers of xenophobia, racism and vigilantism that this act portended. I felt called upon to write that post because one of the valuable political lessons I have learnt over the years is that there can be no unconditional support for any political formation. Every support must be is contextual and conjunctural,  never for all eternity. My criticism was therefore of someone who is invested in the process that AAP and Kejriwal have unleashed and I want it to succeed. In invoking xenophobia and racism, my point, however, was that the leadership of the party has a role to play in relation to political education and cannot simply flow with the local sentiment.

I have always maintained, right from the days of the anti-corruption movement led by the IAC, that the movement and its later avatar, the AAP, had opened out a space of new possibilities. The mass support that the movement and now AAP is drawing is primarily, in my view, a function of the fact that it can mean many things to many people. ‘Clarity’ on every issue concerning the world is not its agenda. This is why some of us have been arguing that the movement/ party is still taking shape. It does not yet have a ready-made, given ideological form. This is why it can be shaped. Its future is radically open. I see no reason to change that position yet. Yes, it is in the design of things that there are Kumar Vishwases and Somnath Bhartis in that formation, and it disturbs our sensibilities no end. But that is precisely the challenge—if we cannot deal with them, we cannot deal with ordinary folk either. Moreover, everybody can change and it is simply arrogant upper class presumptuousness to mock at the ‘uncouthness’ of someone or hold their past against them (in the case of Vishwas). In any case, for anyone seriously interested in changing the existing state of affairs, it should be quite clear that the entire business is about changing ‘common sense’, to put it in Gramscian language. We don’t live in an already transformed universe.

Political formations which come into this world with everything sorted out—and ideologically pure—as the experience of many Marxist and socialist groups in India will tell us, come  stillborn, precisely because their life has been drained out at birth. They have been cleansed of the last vestiges of whatever—good, bad and ugly—defines the world of the common person. So, despite the current episode, I think the party is right in not taking the advice of the radical intelligentsia to define their ‘ideology’—even while taking their criticism on board seriously, though from a distance.

True, Arvind Kejriwal did not respond in the best way possible to criticisms of his law minister but it is clear from news reports that even before he began the planned protest, he climbed down from his earlier position. He stated, firstly, that the protest would be in the form of a dharna—and by implication, not an indefinite hunger strike, as was initially planned. Secondly, he and the party made it clear that due to Republic Day preparations, supporters should not land up at the dharna. For that reason, the protest was actually converted from a mass action into a dharna of ministers and MLAs. Thirdly, he also agreed to dropping the demand for suspension of the concerned police officers and being content with transfers, once again, before the dharna began—evidently responding to the public criticism. Finally, he also said (as reported in many newspapers) that supporters should take care not to target foreign nationals. It was on the morning of the protest, when they were stopped at Rail Bhavan—and in doing this the Congress government actually upped the ante, exactly as it had during the Anna Hazare fast—that Kejriwal too responded by raising the stakes and saying that the protests would continue; and that even if it meant a disruption of the Republic Day march past, common people would flood Rajpath.

It is interesting that not one analyst or commentator has thought fit to raise the question about what is wrong with a peaceful protest in the seat of power in New Delhi. Why should those in power be insulated from popular protests through repeated—often even permanent—imposition of section 144? Why is it that the violation of the most elementary democratic principle does not call forth a single voice of protest? Let us not forget that in all these years all great radicals have retreated into the comfort zone of holding ‘protest rallies with police permission’ and never overstepping the lakshman rekha that has been drawn for them by the police. Jantar Mantar has become a protest ghetto and the power elite has become used to treating it as the dump-yard of protests at worst—and as a showcase of its ‘democracy’ at best. Protests in Delhi have been reduced to rituals, which is why the violation of this code finds such hysterical and out-of-proportion response from both the media and the established parties—shrieking ‘anarchy’ and ‘murder of democracy’ at the tops of their voices. The intolerance of the power elite to popular protests was seen last year as well when spontaneously students and youth gathered in Vijay Chowk—only to be faced with water cannons and lathi-charges. Once again, it was the outsiders—ordinary folk who had barged into the ‘forbidden city’.

There is one more issue that remains to be discussed here. The Khirkee episode. It is true that there was an element of racism in the way the othering of Africans in Khirkee  took place—and Minister Somnath Bharti seems to have gone along with the flow. But that in itself does not make Bharti a racist and AAP a racist party. At any rate, it is now clear from all the reports that have subsequently emerged that there are serious issues between the local residents and some of the Africans staying there. And these issues relating to drugs and sex-work have created conflicts locally. The way Somnath Bharti took up the issue further stirred up the muddy waters, leaving no space for any sane discussion. It may well be that the police is in league with drug peddlers and traffickers, going by their record elsewhere in Delhi. But the minister does not have seem to have done the ground work in building up a public case against the police before he moved into action. A solid case could have been made by creating a paper trail and by campaigning in the mainstream and non-mainstream media. A simultaneous effort to initiate a conversation within the locality too might have helped, especially because the party is so deeply invested in the creation of mohalla sabhas. The debate, in other words, should have preceded the unnecessarily dramatic intervention by the minister with full media fanfare .

Finally, some friends have caught on to the term ‘post-ideological’ that I among others, had used. They have argued to the effect that people who are racist cannot possibly be free of ideology. Some others believe that being post-ideological is another name for being of ‘loose morals’. Ideology to them is the opposite of vacuousness and lack of substance. As a matter of fact, to my mind, ideologies are closed systems and inimical to any kind of critical thinking. They provide the groove within which we can think, and define the limits of what we can think and what we cannot. In that sense, being post-ideological, to my mind is to court a certain openness, free of the debilitating dichotomies of the past century. But when we use the term ‘post-ideological’ for a party, it could mean something different. Individual members and leaders might have some kind of ideological commitment but insofar as the party itself is not quite a party of the ideological sort, it has the space for all kinds of voices and positions. True, this situation cannot last for all perpetuity. Gradually the party will have to reach a shared understanding about many crucial issues. But that shared understanding does not have to emerge from an ideology. Take the case of AAP’s relationship to corporate capital. One clearly ideological way of dealing with it would be to declare itself an ‘anti-capitalist’ party—and let loose all the demons that that term can call forth. The other way would be to insist, like AAP does, on the simple idea that being a private corporation does not exempt you from the laws of the land. You must be subject to the same regulation, the same anti-corruption laws, that everybody else is. You cannot, likewise, get any special benefits simply because you are a corporation. Can even the most right wing person on AAP’s economic affairs committee oppose this? This may sound to some like a recipe for a reform that will perpetuate capitalism. However, since all throughout the last century, we have only seen revolutionaries build capitalism after revolution, there is no harm in trying out this option. Who knows what changes capitalism may undergo once it is brought under transparent public accountability?