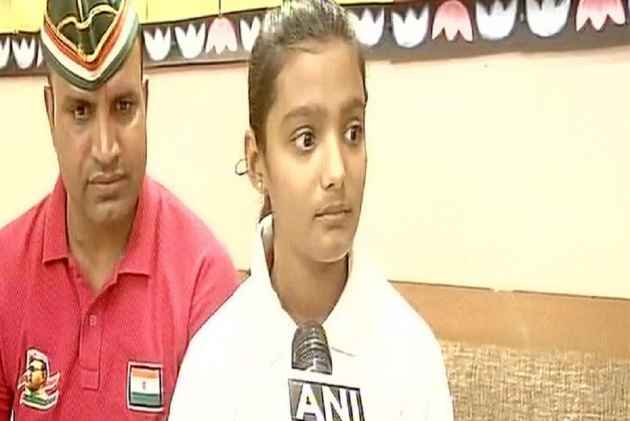 14-year-old Muslim girl in Gujarat's Ahmedabad city has vowed to unfurl the national flag at Srinagar's Lal Chowk on this Raksha Bandhan.

Speaking to ANI, Tanzeem Merani said she will celebrate Raksha Bandhan with the soldiers and will also tie them Rakhis.

"Last time I was stopped at the airport itself, and I unfurled the flag there. But, I will make sure I do it this time at Lal Chowk. This time I chose Rakha Bandha because it is a celebration of brother and sisters. I would like to tie Rakhi to my Army brothers," she added.

Her family has fully supported her. Her father said he acknowledges the fact that it isn't the best time to go into the state but asked as to how long one should wait to do this, and said that somebody needed to take a step in this direction, just like his daughter did.

"First of all, I would I like to ask who has created this gap between Hindu and Muslims? Do they have different coloured blood? It is a celebration and we have right to go anywhere we want to...I will always stand with my daughter. It is just a festival and why are we dividing it to Hindu and Muslim?" he added.

Backing his daughter's resolve, the father said that they want to spread the message of Hindu-Muslim unity and encourage the girls.