13, Including Gunman, Dead In Mass Shooting At Bar In California

The venue was hosting an event for college students and possibly several hundred young people were inside. 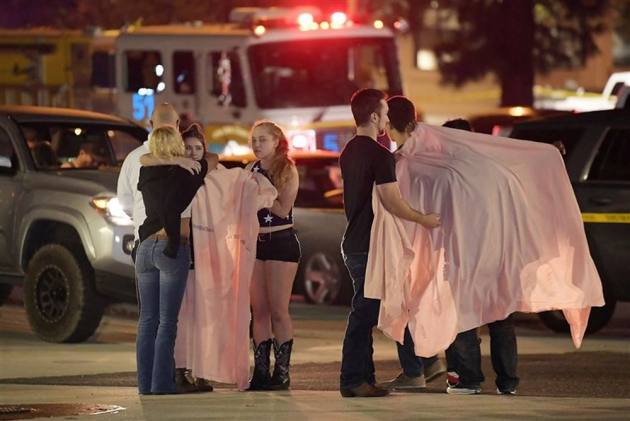 At least 12 people, including a police officer, were killed after a gunman forced his way into a popular bar in the US state of California and opened fire, officials said. The shooter was later found dead at the scene.

The authorities said the shooter was killed inside the venue and there were at least 200 people inside the bar attending a college country music night at the time of the incident, media reports say.

Police officers responded to the incident at the Borderline Bar and Grill in Thousand Oaks at about 11.30 p.m. on Wednesday (0730 GMT Thursday).

Witnesses described a scene of panic in the bar when the gunman started firing. Some said they used chairs to break windows to escape while others sheltered inside toilets.

According to reports, the suspect may have used smoke grenades and at least one gun during the attack.

"A gentleman, who walked in through the front door, shot the girl that was right behind the counter," said Holden Harrah, who witnessed the shooting.

Another eyewitness who was injured told local television channel KTLA that the shots sounded "like fireworks".