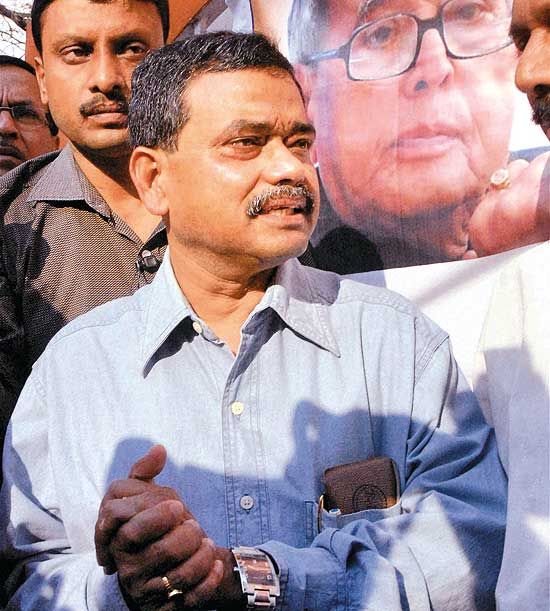 Congress MP and president’s son Abhijit Mukherjee on the recent Delhi protests: "dented-painted women protesters in Delhi went to discotheques and then turned up at India Gate to express outrage.’’

Congress MP Sanjay Nirupam to BJP MP Smriti Irani: It's only four days of your entry into politics and you have become a political analyst. Aap toh TV pe thumke lagati thi, aaj chunavi vishleshak ban gayi (you were shaking your hips on Tv, and now you have become a psephologist).’’

Narendra Modi during an election rally in Himachal Pradesh made this remark about Sunanda Pushkar wife of Congress' Shashi Tharoor’: “Wah kya girlfriend hai. “Have you ever seen a Rs 50-crore girlfriend?”

Mulayam Singh Yadav addressing a public rally in Barabanki, `“Only women from the affluent classes can get ahead in life, but remember you rural women will never get a chance because you are not that attractive.’’

Muqtar Abbas Naqvi, BJP leader soon after the 26/11 attacks, "Some women wearing lipstick and powder have taken to the streets in Mumbai and are abusing politicians democracy. This is what terrorists are doing in Kashmir.’’

Congress leader Digvijay Singh had tweeted that Arvind Kejriwal is like Rakhi Sawant. They both try and expose but with no substance.

Raj Thackeray on Jaya Bachchan after she asked Maharashtrians to excuse her for speaking in Hindi "Guddi buddhi zhali pan akal aali nahi." (Guddi has grown old but has not attained wisdom with age).

Sriprakash Jaiswal: union coal minister after India's win over Pakistan in T20 championship, "“As time passes, the joy of the victory fades, just like a wife becomes old and loses her charm.

Sushil Kumar Shinde: During a debate on ethnic violence in Assam in the Rajya Sabha, told SP MP, Jaya Bachchan, "Listen carefully sister, this is a serious matter. This is not a filmy subject."

JDU leader Sharad Yadav opposing the Women’s Bill, said that the bill would only benefit the well-off in the cities, describing well-off women as, ‘‘par kati auratein’ (women with short hair)