Gujarat. Before independence, it was the seat of the Gaekwad dynasty, whose rulers were known for their pluralistic vision and modernizing activities that shaped the city. Baroda’s MS University – the largest university in Gujarat – draws students from across the country, especially at its reputed Faculty of Fine Arts, which has trained some of the finest artists of modern India. And as all Gujaratis will tell you, the city knows how to celebrate Navratra in style – the garba performances and celebrations here are some of the most spectacular in the state.

Baroda makes a good base to explore the remote forests and adivasi villages of central Gujarat as well as the majestic ruins of Champaner-Pavagadh, a UNESCO World Heritage Site.

The most quoted fact about Laxmi Vilas is that it is four times the size of the Buckingham Palace, but that still does not prepare you for its expanse – it seems more an amalgamation of palaces than a single edifice. And that is probably how it was intended. Built in the Indo-Saracenic style, the palace incorporates architectural elements from styles as diverse as Mughal, Venetian, Maratha, Gujarati and Gothic and seamlessly blends them together.

The palace is thought to have once been the largest private residence ever built. The few rooms that are open to the public are spectacularly well-maintained and provide an insight into the splendour of the Gaekwad royals. Unlike in most other royal residences, the furnishings, decorations and tapestries are all intact, well-displayed and well-lit, so it looks like an actual palace rather than a frayed and rundown former one. The grand Durbar Hall is especially captivating and it is hard to take your eyes off the stained-glass windows and ornate ceiling.

The Fateh Singh Museum has a large collection of artworks belonging to the Gaekwad rulers – paintings by Raja Ravi Verma, life-size portraits of the royal family, Chinese and Japanese vases and porcelain, replicas of famous European sculptures as well as a few originals and other artefacts.

The museum is located in the premises of the Laxmi Vilas Palace.

Sayaji Baug (also known as Kamati Baug), located along the Vishwamitra river, is a central landmark of the city, less than half a kilometre away from the railway station and bus stand. Maharaja Sayajirao Gaekwad dedicated the garden to the public in 1879. Spread over 113 acres, the park is a popular attraction and has a zoo, science park, duck pond, an open-air gym, joy rides and the Baroda Museum & Picture Gallery in its precincts.

Built in 1894, the Baroda Museum & Picture Gallery is yet another of the many buildings commissioned by Sayajirao Gaekwad III. The ruler travelled widely and commissioned dealers and scholars to collect and curate objects for a museum. The result was an eclectic and interesting collection which consisted of Mughal miniatures, sculptures, textiles, coins and objects from Japan, Tibet, Nepal and Africa (an Egyptian mummy amongst other things). The museum was an unparalleled achievement for its time and stands as a testament to Sayajirao Gaekwad’s vision. Even today, it sees thousands of visitors.

Established in 1881 as the Baroda College, the institution was renamed after its benefactor, Maharaja Sayajirao, after Independence. Today the university has 13 faculties spread across a large campus with multiple buildings.

Perhaps the only temple in India made of aluminium, the EME temple is a curiosity unlike any other. Synthesizing archi-tectural elements of places of worship of different religions, the temple is an ode to Indian secularism. Inside the temple, there is an idol of Dakshineshwar Shiva. The temple is located in a pleasant garden which has about a hundred statues dating from 6th century CE onwards, making it one of the biggest repositories of historical artefacts.

Take your pick from Mandap at Hotel Express Towers, Sasumaa in Gokulesh building and Amantran in Sampatrao Colony for excellent Gujarati thalis – all in Alkapuri. For farsan, visit Payal in Plaza building. For chivda of all types, try Shree Jagdish Farsan Mart on Jubilee Bagh Road in Raopura. Raju Khaman House on Rajmahal Road draws steady crowds for its khandvi and khaman. Jojo Hard Rock Café in Emperor Building, Fatehgunj, is where Vadodara bohemians head for momos and conversation.

The UNESCO World Heritage Site Champaner-Pavagadh Archaeological Complex consists of two distinct sites about 5km apart – the village of Champaner and the Pavagadh Hill, which has a height of 2,600ft. According to some estimates, there are around 100 monuments in the Champaner-Pavagadh complex. While it is possible to visit both Champaner and Pavagadh in a day trip, it will take at least 2 days to explore in depth the myriad monuments.

Champaner was founded in the 8th century by King Vanraj Chavda of the Chavda Kingdom. Some attribute the name “Champaner” to his desire to name the city after his friend and minister Champa, while others say it comes from the igneous rocks of Pavagadh, whose light yellow color tinge with red gives the appearance of the champaka, or “flame of the forest” flower. The city and surrounding state of Pavagadh became an important buffer area between Mandu and Gujarat, as well as a key station on trade routes leading from Gujarat. Pavagadh and the city of Champaner were captured by the Chauhan Rajputs around 1300 CE, and they ruled the area for almost the next two hundred years.

When to go All year round, but best from October to March

Air Harni Airport is connected to major domestic destinations. There are no pre-paid taxi or auto stands at Vadodara airport, so book through your travel agent/ hotel for airport transfers 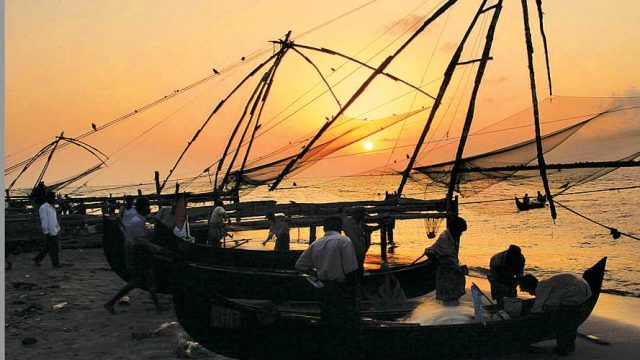 From Chinese fishing nets to Portuguese churches, Kochi is historical and cosmopolitan 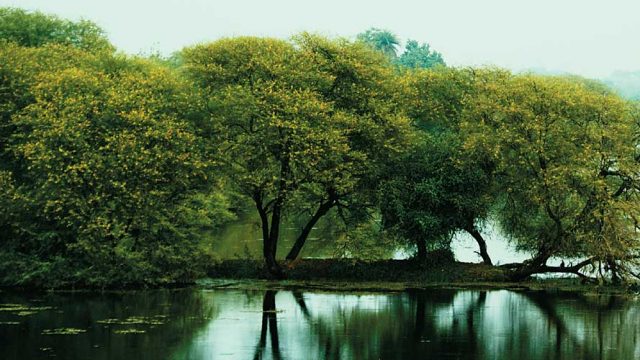 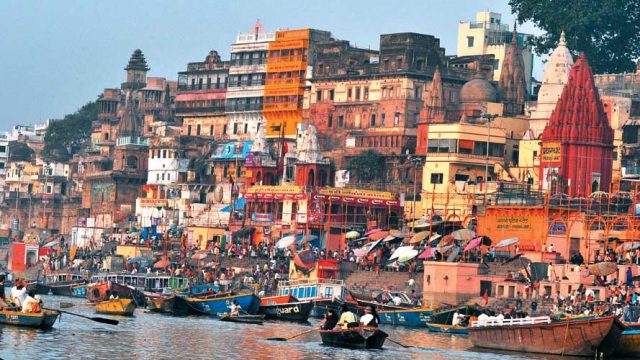