Those born into a Maharashtrian household, can probably not recall a point in their lives

when they didn’t know of Shivaji. All grey-haired Maharashtrians narrate tales of Chhatrapati Shivaji’s greatness to their grandchildren – Shivaji is still Maharashtra’s biggest hero.

In what far-off country,

Upon what obscure day

I know not now,

Seated in the gloom of—

This thought descended (upon you) —

“Into one virtuous rule,

Throughout history, Maharastra was always ruled over by ‘outsiders’ from the north of India or the south of India. In the process, the general subjects weren’t given much importance and their needs weren’t properly catered to.

In such a backdrop came Shivaji, a hero from Maharashtra’s own soil. He spoke about self-rule and worked towards it relentlessly till he attained sovereignty and formed the Maratha Empire. After establishing the empire, he worked for the well being of his subjects, who for the first time experienced what it was like to be treated equally and given a choice to voice their opinion. Shivaji was, simply put, a game changer, a hero who caught the pulse of his people and worked to fulfill their dreams and desires.

Son of the Maratha general Shahaji Bhonsle, Shivaji was born in the hill-fort of Shivneri in Pune District on 19 February 1630. His father served the Deccan Sultanates and his mother, Jijabai, was the daughter of Sindhked Raja. At the time of Shivaji’s birth, the administrative power in the Deccan region was shared amongst the Nizamshahis of Ahmednagar, the Adilshahis of Bijapur and the Mughals in Golconda. Although Shahji changed his loyalty from one sultanate to the other within the Deccan region itself, he maintained his fiefdom in Pune along with a small army.

Growing up, Shivaji was deeply influenced by his religious mother and studied the two Hindu epics, Mahabharata and Ramayana. He also learned horse-riding, archery and marksmanship but, although brilliant, received little formal education. At a young age, Shivaji also took to wandering around the Sahayadri ranges with a band of friends and soldiers from the Maval region. This exploration of terrain was to later prove extremely helpful to Shivaji in his military endeavours.

During this time Shahji had moved to Karnataka to head a military campaign for Adilshahi. When Shivaji was 12, he was called to Bangalore, where he received more formal education. At only 15, Shivaji first spoke of the concept of Hindavi Swarajya meaning Hindu self-rule, a philosophy that remained with him throughout his life.

In 1645, Shivaji persuaded the commander of Bijapur’s Torna Fort to hand over the possession of the fort to him, which was followed by the commander of Chakan Fort declaring his loyalty to Shivaji. Later, he also acquired the Kondana Fort by bribing an Adilshahi governer. This enraged the Adilshahis of Bijapur and they arrested Shahaji. During the period of his father’s incarceration, Shivaji kept a low profile. Shahaji was later released, and eventually died during a hunt.

When Shahaji announced his retirement from public life, Shivaji started his conquests again. First, he took on a veteran Adilshah general Afzal Khan, and killed him. He went ahead to capture Pratapgarh, Kohapur and Panhala in quick succession. However, he did not come into any direct conflict with the Mughals until 1657 when two of Shivaji’s officers raided Mughal territory near Ahmednagar. The emperor Aurangazeb sent a trusted general who captured Shivaji’s fort at Chakan. Shivaji made a counter-attack soon after and captured his fort again.

Following this, the Mughals tried to take down the growing Maratha strength under Shivaji, but failed due to the latter’s knowledge of the terrain and brilliant techniques in guerrilla warfare. Aurangazeb also tried to arrest Shivaji after inviting him to Agra, but Shivaji famously escaped from his guards, disguised as a labourer.

Statue of Shivaji with his mother Jijabai

Shivaji’s coronation took place in 1674, when he finally managed to win sovereignty for the Maratha realm.

As a king, he proved to be a great administrator who always aimed at giving the best to his subjects. He maintained an organised and disciplined army, a strong navy and an equally effective spy network. Every citizen of the Maratha kingdom was treated equally, irrespective of his or her caste and religion.

In 1680, he fell ill with fever and dysentery. He could not recover and died within a month of contracting the illness. His son Sambhaji took over the Maratha Empire afterward.

Today, Shivaji is considered a national hero – and indeed, he is Maharashtra’s ideal. Children here grow up listening to his stories, television sets play out serials on him and political parties consider him a demi-god and his ideals as their rule book.

Monuments to Shivaji as well as his stautes can be seen across the state. He features in every Maharashtrian’s conversation about a walk from darkness to light and his birthday, Shivaji Jayanti, is celebrated with a lot of vigour in many parts of Maharashtra. 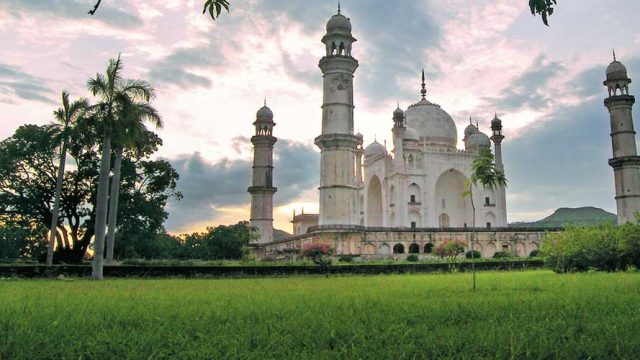 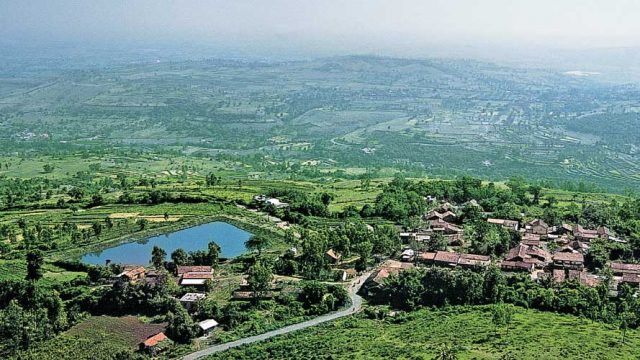 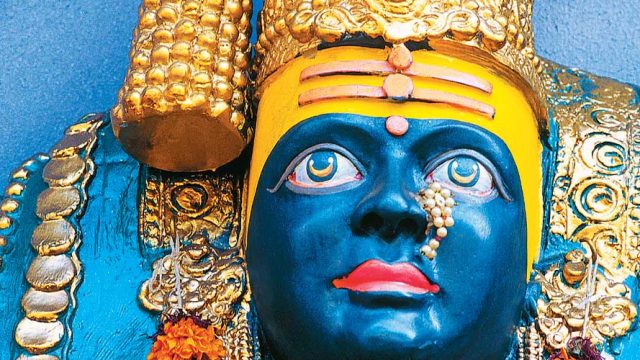 Tuljapur: Abode of the Goddess