Hot and dry, a harsh land to inhabit, very sparsely populated, Kutch is nevertheless a

fascinating place. This district in northwestern Gujarat is effectively an island, with the mighty Arabian Sea to its west, the Gulf of Kutch to its south and the Greater and Little Rann to the north and east.

Bhuj, the capital of the former state of Kutch for almost 400 years and now the headquarters of Kutch District, is a mix of the ancient and modern. Compared to metro cities such as Mumbai or Delhi, Bhuj is a veritable oasis of peace. But by Kutch standards, it is positively bustling with life. With good stay options and connectivity, Bhuj is also the best base for exploring the rest of this interesting region.

You drive into it on a road flanked with hills that are crowned with a fort’s ramparts. These are the Bhujiya Hills from where Bhuj gets its name. Unfortunately, the main city is mainly remembered for the devastating earthquake of January 2001, the scars of which are still apparent.

Opulent interiors of the Aina Mahal

Darbargadh Palace Complex
Close to the Swaminarayan Temple is this complex, which houses both the Aina Mahal and the Prag Mahal. The first thing about Prag Mahal that hits you is how incongruous it looks – its European architecture standing out amid the crumbling ruins of the complex. Tall and stately, with Gothic windows and Corinthian pillars, it seems like an object out of a space-time warp. The palace itself is imposing, and the intricate carvings on the walls and the jaali work on the jharokhas are exquisite. There are the unmistakable symbols of erstwhile royal pursuits – yellowing photographs of young men in sports attire, and walls of trophies, comprising lions, deer, bears and even a hippo. However, everything has fallen into a state of disrepair.

Aina Mahal, the mirror palace, was added to the complex in the 18th century, during the reign of Maharao Lakhapatji. It was designed by the legendary Ramsinh, who survived a shipwreck off the coast of East Africa, reached Europe, and over 17 years learned skills such as shipbuilding, stone-carving, glass-blowing and tile-making, and eventually introduced them to Kutch.

Damaged in the earthquake, Aina Mahal is still the prettier of the two palaces. The hall of mirrors would have, in its heyday, put Oriental and European palace rooms to shame. Even today, lined with stained white marble, mottled mirrors and fading daguerreotypes, it awes visitors.

Carved staircase in the palace

Museums
Kutch Museum is the oldest in the region and contains the best collection. The Bhartiya Sanskriti Darshan (or the Folk Arts Museum) has a collection of local textiles and artefacts. Also visit the Sharad Baug Palace, which is built amidst beautiful grounds.

Hamirsar Lake
Depending on the time of the year, Hamirsar Lake, in the western end of Bhuj, may be dry and therefore largely deserted, or full of water, and surrounded by merry making families.

For food, besides the restaurants in the hotels, Green Rock Hotel located opposite the Bus Stand is a great option for anyone who is in the mood for sumptuous Gujarati thalis.

Mandvi (60km)
Mandvi, a little seaside town with a beautiful beach is south of Bhuj, on the southern shore of Kutch. It is also well known for its cottage shipbuilding industry and batik work. For many centuries, Mandvi was a famous seaport in Kutch, having trading links with South Africa, Zanzibar, Malaysia, China and Japan, and the building of small ships has been going on here since the 16th century. There is a beach here, but a more attractive one lies a few kilometres from town, part of a seaside resort called The Beach at Mandvi Palace. Next to it is a small palace that tourists can visit.

Shipbuilding
Shipbuilding takes place on Rukmavati river, which runs through the town. The ships are small and have a Dutch influence. You’ll see workers busily creating structures from wood: climb up a ship and find someone who will explain the craft.

Mandvi Town Beach
This beach is frequented by locals in the evenings, who congregate here to relish the ragda patties and gol gappas, feed seagulls and enjoy their evening walks.

Vijay Vilas Palace
Also called Mandvi Palace, this elegant 20th-century structure was a residence of the erstwhile rulers of Kutch. It now hosts a guesthouse .

When to go October–February are best for explorations

Road From Ahmedabad take NH947 and the GJSH18 to Dasada. Then take GHSH18, NH947 and GJSH22 to Morvi. Morvi to Bhuj lies on NH8A Bus Private buses from Ahmedabad to Bhuj available 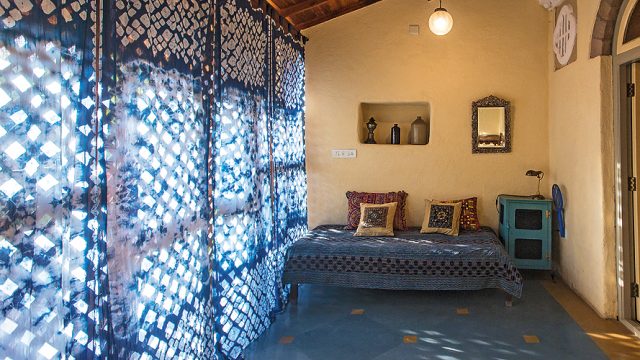 At the homely The Bhuj House, the past is perfectly restored 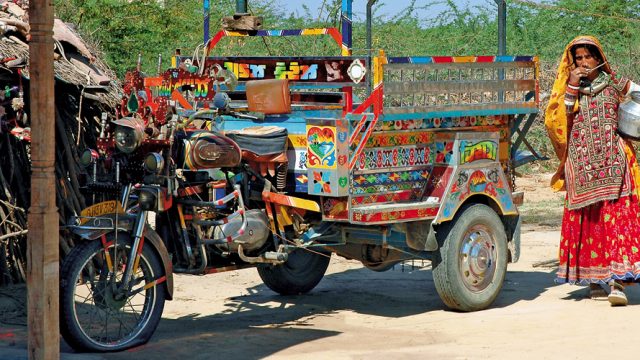 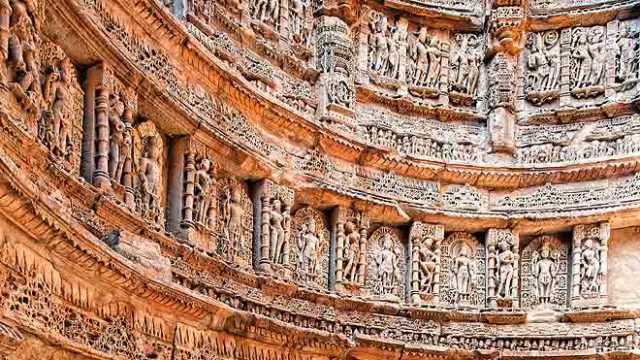 Here’s our list of some must-visit destinations in Gujarat