You stand on the deck of a speeding boat, shielding your eyes against the sun, eager for

that first glimpse of another place, another era. And Nagarjunakonda doesn’t disappoint. It offers a journey to an ancient civilisation replete with monasteries, temples and Buddhist stupas.

This was Buddha country whose heart lay in nearby Amravati, unearthed by a schoolteacher who stumbled across it in 1926. The archaeologist’s spade soon laid bare the world of Ashvamedha ceremonies, mighty rulers and dice games by the river.

The story goes that most of Nagarjunakonda (then Vijayapuri) was built in the 100 years the Ikshvaku dynasty ruled the Krishna basin. Vijayapuri then was hemmed in from three sides by the Nallamalai Range; the valley opened onto the Krishna River, then navigable right up to the sea. It was from here that Ikshvaku fame, and with it Buddhism, spread to Sri Lanka, Myanmar, the Indonesian archipelago, Thailand and China. In the 15th and 16th centuries, the Bahmani, Vijayanagara and Gajapati chiefs of Odisha tried to rule over the region. Eventually it was retained by the Golconda rulers who gifted it in charity to the Pushpagiri Math, sometime in the late 16th century.

Under the math, Nagarjunakonda was a secluded valley with a small hamlet called Pullareddigudem when the ancient structures were discovered here. In 1954, the area, its population and structures came under threat while the Nagarjunasagar Dam was being built. As people were forced to seek new homes, a large-scale ‘dig and remove’ operation was launched. Innumerable relics, from early Stone Age to the late medieval period, were unearthed and removed to the hill of Nagarjuna, which became an island in the lake.

Visiting Nagarjunakonda is like going back in time, thanks to the age-old relics, sculptures and inscriptions on the island. Stay at Nagarjunasagar, the township where the hotels are located, and take a ferry to reach Nagarjunakonda Island.

Nagarjunakonda Island
The island has some original remains (unmarked), a few relocated and reconstructed monuments from the flooded valley, an amphitheatre, and a museum containing sculptures and inscriptions, ranging from many millennia to 200 years in age. To reach the island, head for the launch station on the right bank of the lake and catch the motorboat service (operates thrice a day). It takes 45 minutes to get there.

Entry and Timings
Boat timings: 9.30 am, 11.30 am and 1.30 pm. Last return trip 4 pm Ordinary launch fare Adults ₹100, children ₹70. The museum is closed on Fridays, but the launch operates daily for picnics. Island Museum entry fee ₹15, Timings 9.30 am-3.30 pm. Note Only 3 launches operate here. No cruise now. For a leisurely trip, go in the morning and return in the afternoon

As you approach the island, you can see the ruins of a wall embracing the entire hill. The fort wall of Nagarjunakonda is 6m high, with bastions at regular intervals, and six gateways. The oldest reconstructed monument here is the megalith, dating 2 BCE, now a dug-up pit encircled by stones. The stone megaliths mark burial pits. The 21 megaliths found in Nagarjunakonda yielded 19 skeletons and some bones. All megaliths were stocked with pots and iron objects, indicating a belief in the afterlife.

The Maha Chaitya is the earliest monument at the site with a dated inscription. It came up before the advent of the Ikshvaku dynasty at Vijayapuri but was embellished by an Ikshvaku king in 2 CE. Interestingly, 90 per cent of the donors were women. The chaitya, it is said, houses the corporeal remains of the Buddha. The relic, a fragment of bone, was discovered in a gold reliquary. Placed amid gold flowers in a small silver stupa, it was enclosed in pottery and adorned with pearls, garnets and crystals.

A replica of a larger-than-life Buddha image stands at Nagarjunakonda; the original is in the museum. Look out for the Swastika Chaitya, with bricks arranged in the shape of a Swastika, an ancient symbol that represents the sun, power, strength and good luck in different cultures. In Buddhism, the Swastika symbolises the foot or footprints of the Buddha.

The Buddha’s presence is all pervading at this site. Chiselled in fine-grained green limestone are scenes that show the compassion and agony of Siddhartha, his enlightenment and sermons. Every feature, grimace, laughter and pain has been captured so finely by the artists that many call this the atelier of Indian art.

The palaces of the Ikshvakus were never found, though some remains of a citadel, barracks, stables and cisterns were recovered. Two of these structures have been reconstructed. The first is a plastered brick tank and the other is a tortoise-shaped tank found 30 ft from here. Scholars believe that these structures were used for the Ashvamedha ceremony of the first Ikshvaku king Vasishthiputra Chamtamula. A magnificent structure outside the citadel is the brick and limestone bathing ghat. Some of the slabs of the ghat have game boards etched on them and were used for dice games.

There are three 15th-century temples here. The Nageshvaralinga Temple, near the museum, was built by a Gajapati chief. The temple near the ghat and the one near the Maha-stupa were Jain temples, converted to Vaishnavite shrines by Krishnadevaraya of the Vijayanagara Kingdom. Pack a snack if you plan to explore at leisure. The canteen at the island is rather basic 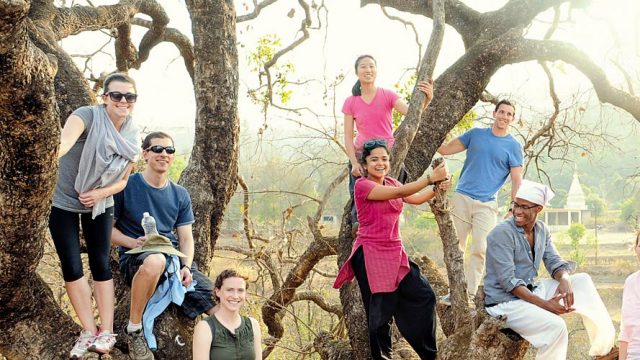 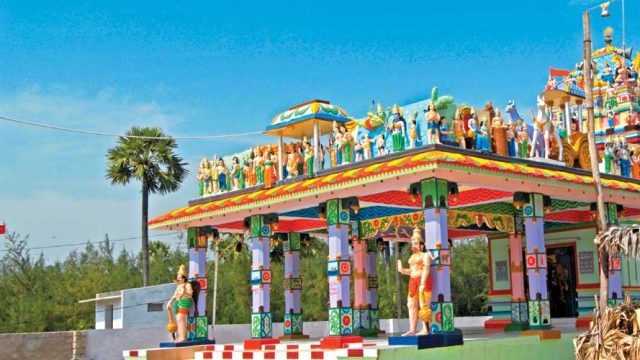 Vodarevu-Chirala: Call of the Sea

Vodarevu is a destination of lovely sunrises and slow beach-life 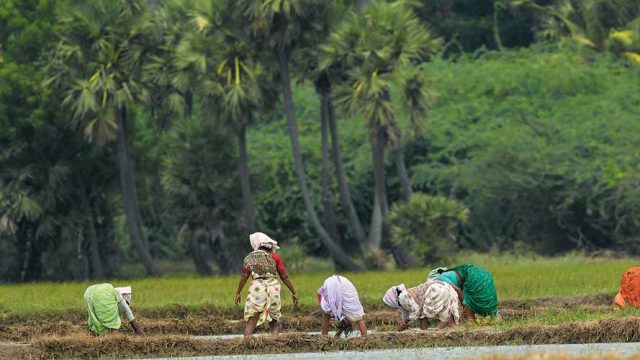