1.Watch the Dancing Deer in Manipur

The only place in Manipur, in fact the world, where you can see the brow-antlered deer (sangai) is the Keibul Lamjao National Park in the Bishnupur district of Manipur. Located around 48km from Imphal, it is India’s only floating national park. The southeastern part of the Loktak Lake falls within the park, which comprises 40 sq km of wetland featuring floating biomass. These floating meadows are called phumdi in Manipuri.

The phumdi are the only natural habitat in the world for the sangai, Manipur’s state animal. They are also the reason these creatures are fondly called dancing deer. The wobble in the deer’s gait as it treads the soft, floating mass of vegetation (sometimes up to 1.5m deep) makes it seem like it is putting on a strut show.

A small herd of just 14 dancing deer were reported to exist in 1975. But as conservation action was undertaken and the region declared a national park in 1977, the population blossomed over the years. In 1995, 152 sangai were reported and a 2016 census put the number at 260. The park is also home to the hog deer, sambar, muntjac, wild boar, large Indian civet cat and common otter, besides a variety of fishes, amphibians and birds, including the black eagle, waterfowl and many types of hornbills.

There are two ways to go about visiting the park. One is to climb atop a watchtower on its periphery and use binoculars to spot the animals. The other is to take a boat to tread the wetland inside the park. There are a limited number of boats run by the forest department, but a tour operator can arrange for a local boat that may charge ₹1,500 for a two-hour ride. The best time to visit is October to April, and your best chance of seeing a dancing deer is early in the morning. A convenient stay option would be the Classic Group’s Sendra Resort, located 6km away from the park and overlooking another part of Loktak Lake ( from ₹4,000 plus taxes; 0385-2443967/69, classicgroupofhotels.com). See sevensistersholidays.com for tour packages.

2.Watch Dolphins Off The Goa Coast

Social, nurturing and even therapeutic—these are words often used to describe dolphins. It’s no wonder, therefore, that everyone wants to see one. However, disrupting its routine or excessively impinging on its habitats can be harmful. That’s where Terra Conscious comes in—a ‘conservation-oriented social enterprise’ in Goa which provides marine and coastal-based experiences, but in a responsible manner. All its activities are based on scientific research, conform to global safety standards and regulations, and are conducted under the guidance of conservation professionals.

The Ethical Dolphin Watching Safari is a four-hour programme to spot the humpback dolphin. This sea animal is found just within 3km of the Goan shoreline. Because of its accessibility, many operators providing unregulated tours flock to the sea and unabashedly chase the dolphin with their boats, thereby threatening their habitat. In Terra Conscious’s tour, dolphin chasing and corralling are strict no-nos. They also ensure no waste of food and beverages, maintain an appropriate distance from dolphin pods, and shut boat engines when in the vicinity of the dolphins. The tour begins with a 35-minute presentation by a professional, which is followed by the safari. Boats take off at 8am from Chapora bay in North Goa and also stop by mangroves on the way back for a birding experience. ₹2,500 per adult, taxes extra, and minimum six people per safari. See terraconscious.com for more.

Every winter, a small, otherwise quaint village in Rajasthan transforms into the setting for one of India’s most wondrous migratory events—9,000 demoiselle cranes flying from Eurasian countries stop by Khichan village to feed on grain. Interestingly enough, this is a phenomenon that is attributed to the efforts of one man, Ratanlal Maloo. As a dweller of the village in the 1970s, he was entrusted with the daily responsibility of feeding the local avifauna. One day, he spotted a dozen of these foreign cranes relishing his feed. Ratanlal continued to supply them with grain, and since cranes migrate in search for nutrition, this ample provision meant the seasonal visitors increased from hundreds to thousands, reaching almost 10,000, across the decades. This was a blessing for the grey-plumed bird, saving it from starvation and fatigue. For those interested in experiencing this event for themselves, BNHS is organising an expedition from December 23 to December 28 that includes a visit to Khichan, Jorbeed (see item No. 4 on this list), Tal Chhapar Sanctuary (to spot a variety of raptors) and Desert National Park ( for the critically endangered great Indian bustard, among others). The Wild Rajasthan expedition costs ₹31,400 for non-members and includes meals, accommodation and local travel; see bnhs.org.

4. Spot Vultures And Eagles At A Carcass Dump Near Bikaner

Visiting a carcass dump is certainly not the most inviting of wildlife excursions, but it is definitely one of the best ways to spot different birds of prey, some of which are endangered. There is more to these dumps than them attracting vultures, though. Till the early 2000s, the vulture’s population in India was in major decline, the causes unknown. In 2003, it was traced to diclofenac, an anti-inflammatory drug commonly given to domesticated animals. Vultures, being scavenging birds that rely on carcasses for nutrition, were exposed to the diclofenac still present in the dead animals’ remains, which proved lethal for them. From 2003 onwards, many organisations, such as SAVE, Vulture Rescue Mission and India’s Bombay Natural History Society (BNHS), have worked towards tending to the birds and creating safe zones for them. The carcass dump at Jorbeed near Bikaner is one such place, and a vulture sanctuary to boot. The carcasses here are tested to ensure they are diclofenac-free. One can spot a variety of vultures and eagles here, such as the griffon vulture, cinereous vulture, steppe eagle, tawny eagle and imperial eagle, as well as other birds such as the rare yellow-eyed pigeon and the Punjab raven. BNHS offers a Rajasthan-centric expedition in December that includes Jorbeed (see previous page), while the photography tour operator, Darter Photography, has one to Tal Chhapar Sanctuary in northwest Rajasthan, with a one-day excursion to Jorbeed’s carcass dump (₹36,650 per person, including taxes, accommodation, meals, safaris and entry fees; darter.in).

It’s been over a century since Kipling wrote The Jungle Book, which became a part of our collective childhood across generations. We followed Mowgli in his epic adventures and rooted for him in his battle with Sher Khan. If the child in you still misses Bagheera, Baloo, Kaa and the rest, head to the forests that inspired the 19th-century classic. Pugdundee Safaris offers cycling trips through the Pench-Kanha forest corridor, in other words, the modern-day spread of the Seoni jungle, which is the setting of Mowgli’s adventures. The threeday trip covers over 180km of country road and mountain biking from Pench Tiger Reserve to Kanha Tiger Reserve, with two nights of camping in between. High-quality mountain bikes, back-up vehicles and mechanics are provided along with a naturalist/guide for the ride. There is also an alternative cycling trip on offer, one that takes riders for a day-long excursion to the Rukad Wildlife Sanctuary. Both these trips are available only to guests of the Pench Tree Lodge ( from ₹19,000 singles; penchtreelodge. com). The three-day cycling trip costs ₹80,000 per person in a six-person group. See pugdundeesafaris.com for details. 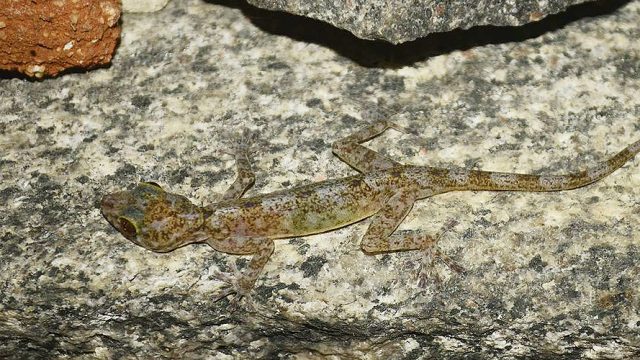 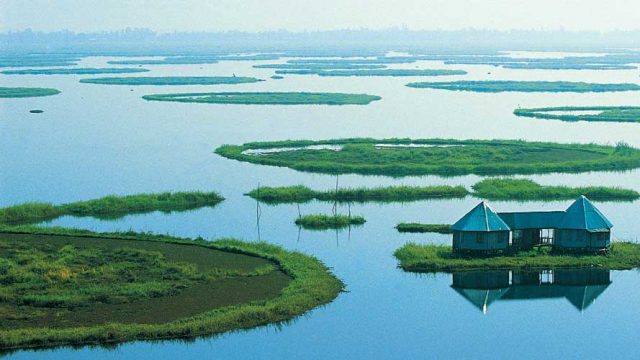 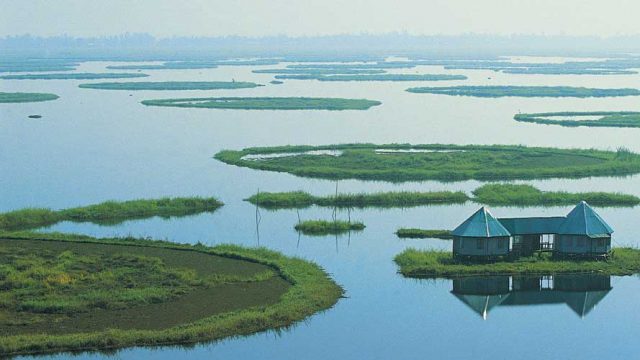