Trudging along the edge of the Little Rann of Kutch in September is horrendous work. The claylike

mud clings to one’s boots in ever enlarging balls that make each step heavier and all the more energy-sapping in the humid September morning. And I was doing this for pleasure, or at least that was what I kept telling myself. I had come to stay in the old darbargarh in Dhrangadhra, along with a BBC crew, and we hoped to see flamingos. But today I was trying to keep up with German geologist and photographer Gertrude Denzau as she tracked ghudkhar, as the Asiatic Wild Ass (Equus hemionus khur) is locally known. I had driven the 50 odd kilometres from Dhrangadhra to Zainabad where Gertrude was staying with the redoubtable Shabir Malik at his wonderful family home on the eastern edge of the Rann. Shabir is one of the many great amateur birdwatchers in Gujarat who will put most professional ornithologists to shame. He has the relaxed acceptance of someone at home in his environment, someone who has an instinctive rather than a learned knowledge.

A few years earlier Shabir had established a fine camp near his home that he named after one of the great birds of this area—the Desert Courser. An apt name for both Shabir and his son Dhanraj, who now runs the camp. But this was the off season and we were staying in the traditionally built wooden home on the eastern edge of the Little Rann. Zainabad was originally part of the small state of Dasada, which was in turn created under the Sultans of Ahmedabad. When the British were encouraging the numerous, and nominally independent, princely states in the area to sign treaties with the Govt of India in Calcutta, Dasada was overlooked. The then ruler felt slighted and left out, and sought an alliance with the Govt of India. He wanted a treaty of his own, and by so doing lost his independence!

The Wild Ass Sanctuary was created in 1973 and covers a huge 4,953 sq km, most of which is not effectively protected. The Kutch Desert Wildlife Sanctuary to the northwest covers another 7,505 sq km of the Great Rann but they are divided by the NH-15 which connects Rajasthan with the port of Kandla. Both these huge areas are difficult to manage and have numerous illegal small-scale salt extraction projects employing over 50,000 people in the Little Rann alone. Salt extraction is a great threat to the area and poisons the soil with effluents and pollutes the air. The proposed canals bringing water from the Narmada at huge expense will only aggravate the problems as salts are leached from the soil and agriculture becomes unsustainable.

The Rann is a saline wilderness punctuated by beyts or bhets—high grounds which become islands during the monsoon and refuges for the ass and other animals. The highest of the 74 bhets in the Little Rann is Bhet-Mardak, the summit of which reaches an impressive 55m above MSL, and is located in the heart of the sanctuary. Only 51 of the bhets have any vegetation, much of which is Prosopis juliflora, while the remaining 23 are more or less barren, and only one, Nanda Bhet, has any human habitation. In some areas of the Rann where the surface is not disturbed, it has a permanent crust. But this is increasingly rare as vehicles drive all over the area in the dry season and extraction tanks are created. Prior to the 1819 earthquake an eastern distributary of the Indus emptied into the Rann and the area was a shallow sea with the bhets being permanent islands. The vast amount of salt is an accumulation of discharge from the rivers of Rajasthan, including the Banas and the Rupen which now disappear in the northeastern corner of the Rann, both of which previously had a much higher flow, and the high tides of the Gulf of Kutch. Now the sea gets pushed through a narrow neck near Surajbari by the monsoon winds and mixes with the runoff of the rivers.

The meeting of these waters sustains a thick seafood cocktail of small fish, prawns and other crustaceans that are nourished by the mix of salt water blown in by the wind and the monsoon runoff. And it is this rich feed that, in some years, attracts many thousands of flamingos to the southern edge of the Little Rann. The salt flats are transformed into great marsh swamps which make travel next to impossible. But as the area dries up by the end of October, the salt crystals begin to glitter in the winter sun and the extraction process begins again. Almost 25 percent of India’s salt comes from the Little Rann.

Tracking rutting Wild Ass at any time of year is difficult—in the dry season the asses have been recorded galloping at up to 60kmph. Gertrude and I staggered in as dignified a way as we could, trying to approach a small group who were safe on a slightly raised bit of land where they were not going to get stuck. Around them the monsoon rains had spurred the growth of mixed grass and herbaceous species that the ass grazed upon. And it is in the August-September period that both foaling and mating occurs. The gestation period is approximately 13 months and the mares come into heat every two years. Gertrude was collecting material for what became a magnificent book on all the Wild Ass species of the world.

Over the last decade the numbers of the Wild Ass have increased and they have begun to reclaim some of their old range. They were once found as far as the Indus, and Akbar hunted them on the banks of the Sutlej, but now they are restricted to the Little Rann and a few neighbouring patches, with a total population of about 3,000.

One of the greatest threats to the Rann is the spread of Prosopis juliflora. Originally introduced as a fuelwood species by the old rulers of Radhanpur and Morvi, it grows rampant through the drought-prone areas of western India. An absurd situation arose in the Rann a few years ago where the Wildlife Department was trying to eradicate the weed and another part of the same department was planting it in neat rows.

Not all the rain gets mixed with the brackish water. Along the eastern edge of the Rann tanks and natural depressions fill up with rainwater and become important wetlands for waterfowl and many animals. Nilgai, chinkara, wolves and caracal are among the other mammal species one can see while travelling over the Rann. In October demoiselle cranes and many other species arrive from central Asia, and the Houbara Bustard struts along the edge of the Rann while nilgai shimmer in a mirage.

Back in Dhrangadhra I joined Valmik Thapar and a crew from the BBC Natural History Unit where they were filming a sequence for the series Land of the Tiger. We drove the 20 odd kilometres to Kuda following the alignment of an old narrow gauge railway line built to bring salt from the Rann to depots in Dhrangadhra. There were tracks we could follow in our jeep and then we had to walk over cracked mud into which our footsteps sank a few centimetres. We managed to get within about 500m of a large flock of flamingos feeding on the rich cocktail of fish and prawn.

The Rann never gets very much rain, but every monsoon here is a celebration. A good monsoon just about brings a blush to the dormant grass. When we visited, the rains were bountiful and both the ass and flamingos made the most of it. A few years later I was in another part of Kutch looking for wolves in the grasslands west of Bhuj. It was the wettest monsoon in a long time, and after years of drought the Rann and its creatures were celebrating once again.

What else to see and do:

—Dhrangadhra’s 18th-century palace and darbargarh are worth visiting. The town also has some fine colonial buildings.

—Jhinjwada Fort on the edge of the Rann, a little to the north of Zainabad, has some beautiful, intricately carved gateways.

—The old British salt trading post was at Kalaghoda and the village retains some interesting colonial architecture including the cricket pavilion and bandstand! 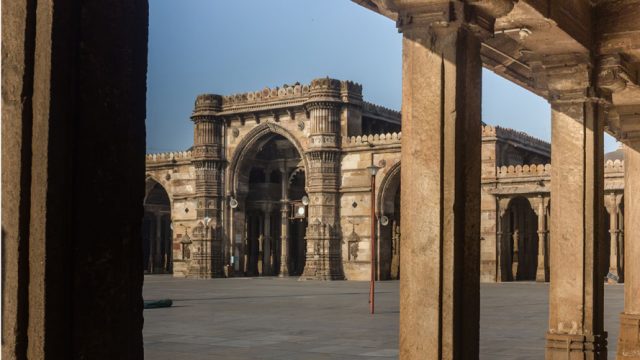 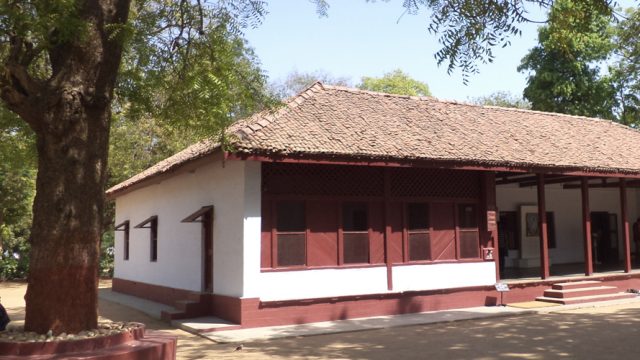 The Gandhi Circuit In Gujarat Is A Must-Do Trail 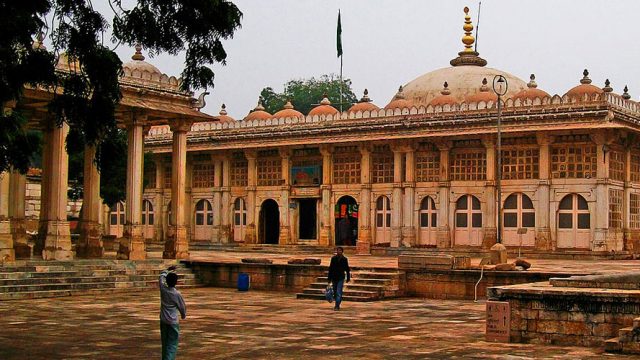