The Ganga, as it enters West Bengal, on its final journey to the sea, is known as

the Bhagirathi-Hooghly. While the upper reaches around Murshidabad is known as the Bhagirathi, it becomes the Hooghly as it flows south. An important trade route since time immemorial, the riparian corridor is also replete with historical landmarks, now mostly hidden among the ubiquitous villages, towns and cities that have grown along the banks.

Tucked along the river’s bends you will find pockets of architectural legacy that reveals not only the British but also the Portuguese, Dutch, Danes and the French arrived as traders and then carved out a kingdom for themselves. Travelling northwards from Kolkata (British), there is Serampore (Danes), Chandannagar (French), Bandel (Portuguese) and Chinsurah (Dutch), and Murshidabad, now euphemistically clubbed as Europe on the Ganga.

While little remains of the colonial settlements, you may catch glimpses of the past in bits and pieces through buildings, churches and other monuments.

The former kingdom of Murshidabad (now a town and district of West Bengal) on the Bhagirathi was a key trading post and saw the Armenians, the Dutch, and of course the British, settle here at different times. In Baharampur town, the Krishnanath College (founded in 1853) is a classic example of the Indo-Saracenic style of architecture, a favourite with the European architects for designing public buildings in India. The 18th and 19th century graves in the Babulbona Residency Cemetery have lost most of their decorative headstones and the writings on the plaques barely visible. The Dutch and the British cemeteries in neighbouring Cossimbazar are no better though they are protected monuments. The Armenians had settled in Saidabad near Murshidabad town. Khoja Petros Arathoon built the Church of the Blessed Virgin Mary at Saidabad in 1758. However, the church closed down in 1860. In 2006, the church was re-consecrated after a major renovation initiated in 2005. But walk-in tourists are not allowed inside.

It is said that the Portuguese were the first among the Europeans to arrive in Bengal. However, little remains of the settlement they built in and around the Hugli (or Hooghly, now a district and town in West Bengal) except for the famous Basilica of the Holy Rosary in Bandel, about 60km from Kolkata by road. Originally built in 1599, it was destroyed by the invading army of Moghul Emperor Shah Jahan, and rebuilt in 1640 when the Portuguese were allowed to return to Bengal. Popularly known as the Bandel Church, it is part of the Roman Catholic Archdiocese of Kolkata. Tucked in a niche at the top of the façade is the statue of Our Lady of Happy Voyage. The sanctum inside contains three altars, that of Our Lady of Holy Rosary flanked by Jesus and St John Bosco (Don Bosco). In front of the Basilica is a ship’s mast, a gift from a passing Portuguese vessel as a token of gratitude after escaping a terrible storm at sea. The balcony at the top offers a panoramic view of the countryside. Apart from Christmas, some of the popular festivals include Feast of the Holy Rosary held usually on second Sunday of November, Feast of Our Lady of Happy voyage held usually on first Sunday of May, Fatima Pilgrimage on second Sunday in February and the Annual Walking Pilgrimage in January.

Interestingly, it is believed that it was the Portuguese who introduced the ‘chhana’ (made from curdled milk) to Bengal. However, the famous Bandel Cheese (unripened cheese in plain and smoked versions) is now found only in a few shops in Kolkata.

The Dutch East India Company (Vereenigde Ostindische Companie, VOC) arrived in Bengal around 1615, for trading in salt, muslin, spices, etc.  It was 1635 onwards that a settlement developed in Chinsurah, based on Fort Gustavus. At war several times with the British, the Dutch finally exchanged Chinsurah for Java Island (Indonesia). The Dutch legacy got virtually wiped out during the British period. Today, a ubiquitous Indian town, Chinsurah, is about 5 km away by road from Bandel. A couple of cannons with VOC etched on them, displayed in the Divisional Commissioner’s bungalow, are probably the only reminders of Fort Gustavus. The Dutch Cemetery is now an ASI protected monument. Seen from the main road between Chinsurah and Chandannagar is a lone but singularly beautiful structure, the tomb of Susanna Anna Maria Verkerk, whose life is said to be the source of the Hindi movie ‘7 Khoon Maaf’, with her role essayed by Priyanka Chopra.

The strand across the Ganga in Chandannagar

Chandannagar, about five km by road from Chinsurah, about 10km from Bandel, and nearly 53km from Kolkata, was a French colony until 1950. The French arrived here in the second half of the 17th century. The Strand on the Hooghly River, marked by an Indo-French edifice, is the most ‘touristy’ corner of the town. The Sacred Heart Church is known for its stained glass painting. The residence of French governor Dupleix, now the Institute De Chandennagor, runs a museum full of colonial and other memorabilia. The local people may be able to guide you to any remaining bakery that still makes breads in the old-fashioned French way.

The Danes, who arrived here in the early 17th century, named their settlement as Frederiksnagore, otherwise known as Serampore. However, in 1845, the then Danish governor sold it to the English East India Company. Start with the Serampore College (established in 1818), said to the first missionary college in India. The grand colonnaded façade is an example of the classical Ionic architecture. The Carey Library and Research Centre located inside the College is a repository of the early print and publishing history of India as well as many rare books. Recently, two of the iconic structures of Danish Serampore, the 210-year old Olav Church and the even older Denmark Tavern, have been painstakingly restored.  The church still sports the royal monogram of Christian VII, King of Denmark, during whose reign the church was consecrated, among other things. The tavern will soon have a cafeteria and lodgings for visitors. If you have time, do pay a visit to the cemetery where rests English missionaries Carey, Ward and Marshman, who were responsible for the establishment of the college and made other contributions towards the spread of education and printing in Bengal. Serampore is about 20km by road from Chandannagar and about 30 km from Kolkata.

Although there are private luxury boat cruises covering some of the above destinations, these are seasonal ventures. By road, it is possible to cover Bandel, Chinsurah, Chandannagar and Serampore, in a day, if you start early from Kolkata. Together, they lie within a road distance of 65 km from Kolkata. The places are also connected by the suburban railway network. Winter is the best time to travel on this circuit. Local restaurants serve typical Bengali fare, with a handful of North Indian dishes.  Washroom facilities are scarce; gas stations and local restaurants are the best bet. Carry drinking water, mosquito repellents and sun-protective gear. The cemeteries mostly remain deserted and so visiting in groups or with a local guide is advisable. 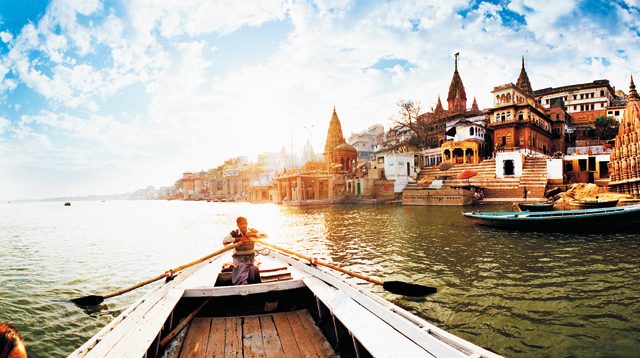 There’s poetry in the everyday sights of Varanasi 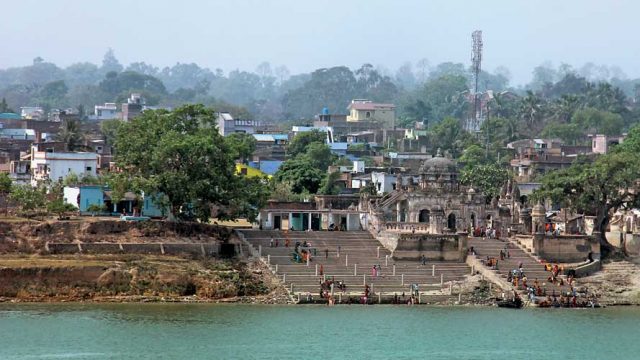 Famous for its silk and its historical heritage, go to Bhagalpur and take a step back in time 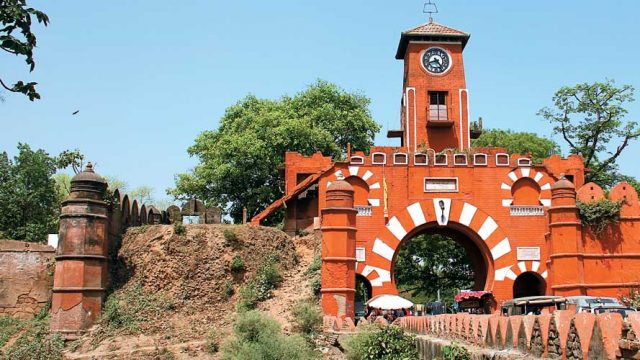 Munger is home to the Bihar School of Yoga as well as dargahs, temples and natural springs