Alibag-Murud: One of the easiest to access destinations from Mumbai is Alibag-Murud. Alibag, famous as the choice

of second homes of several wealthy families and artists, is about 100km from Mumbai by road. It can also be reached by catamarans from Mumbai but the sea route remains closed during the monsoon. If you prefer an animated beach-front, then Alibag is the place to stay. For a spot of history, you can visit the Kulaba Fort, an island fortress in the Arabian Sea, about a km off the beach. During low tide, the sea water recedes to expose a marshy land. You can either walk across or take a pony-cart to reach the fort.
Vikas Rana / flickr

As seen from the top of Kulaba Fort

But if you want to stay away from the crowd, check out the beaches north and south of Alibag. There are up-market beach resorts and homestays near Varsoli Beach, about three km north of Alibag town. Further north is Kihim, about 10km from Alibag. As you move south of Alibag town, along the coast towards Murud-Janjira, you will come across beaches such as Akshi, Nagaon, Revdanda, Korlai and Kashid.

Andharban: As the name suggests, ‘Andhar Ban’ or ‘Dark Forest’ is exactly that. Daylight barely penetrates through the thick foliage. While one can go trekking through this dark forest anytime of the year, during monsoon, it is like walking through a land of clouds. Mountain streams gurgle down the hill sides and rush across the trek route. Sometimes the flow of water is so strong that one has to cross with the help of ropes. The route is entirely downhill but caution is necessary, especially while walking along the narrow trails along the hill slopes as there are no railings to prevent a fall. Veteran trekkers suggest travelling in a group with a guide and starting early so that you can leave the forest before it gets too dark towards late afternoon.

Pimpri Dam, about 150km by road Mumbai and around 80km from Pune, is the take-off point for the trek. The actual trek begins a little after the bifurcation at Independence Point. Then it is a moderately difficult 13km descent, takes around six to seven hours. The trek ends at the Bhira Dam. Usually people cover the Mumbai-Pimpri Dam journey at night so as to reach the trek point early in the morning. Many travel and trekking groups from Mumbai and Pune organise the Andharban Trek. With prior arrangements, you can avail breakfast and lunch in the villages en route. But it is advisable to carry drinking water and snacks. Rain gear and proper footwear must.

Avanti Kalagram: If you are a nature-lover and/or love dabbling in things artistic, then head for Avanti Kalagram, located off the Mumbai-Pune highway, about 160km from Mumbai and about 50km from Pune. Monsoon is the best time to visit. The surrounding hills break into a profusion of greenery, sometimes dotted with rain-fed springs. The eco-resort (avantikalagram.com) offers double-bed deluxe rooms and a family room with 10 bunk beds. The typical Maharashtrian fare served here has received good reviews from visitors. Weather permitting, you can enjoy outdoor activities such as mountain biking, rafting, zipline and rappelling. Otherwise, you can pursue indoor games. The resort can make arrangements for art and craft workshops (on separate payment) where you can learn pottery-making, paper craft and batik. You can even buy bamboo-made decorative products, such as lamp shades, utility items, etc.

Wilson Dam in Bhandardara, built by the British in the early 20th century

Bhandardara: Surrounded by green hills and agricultural lands, with innumerable rain-fed springs cascading down the hill slopes, Bhandardara is a place for those who seek tranquillity in nature. About 185km from Mumbai, it is also the gateway to several trek routes. Do not miss the view of the roaring Umbrella Falls (situated behind the Wilson Dam) and the Randha Falls (on the Pravara River). The ancient Amruteshwar Shiva temple is a popular pilgrim centre.

To reach Bhandardara, you can either drive down from Mumbai, via Igatpuri and Ghoti. Or take a train to Igatpuri and then travel by road. For accommodation, try MTDC’s Holiday Resort (maharashtratourism.gov.in) or the privately-run Anandvan Resort (anandvanresorts.com).

Kolad: If you love the mad thrill of negotiating the rapids during white water rafting, then head for the Kundalika River. The river rises at the Bhira Dam (the end point of the Andharban trek) and joins the Arabian Sea at Revdanda (near Alibag). Rafting on the river is dependent on the release of water from the dam. There have been odd days when water is not released at all. Rafting begins at Saje village near Bhira Dam and ends at Kamath village. The 14km stretch is dotted with 10 rapids, including John Carry, Rajdhani Express (the longest rapid on this route), Butterfly, Pump House and Boom Shankar. During the quieter stretch, enjoy the green mountain vista and try some birdwatching.

Operated by Mercury Himalayan Explorations (MHE), Kundalika Rafting (kundalikarafting.in), which also finds a mention on the Maharashtra state tourism website, in Sutarwadi village near Kolad, offers full rafting facilities. You can either opt for a day trip or an overnight one, depending on the time at your disposal. There are several camp sites in the area, such as Kundalika Rafting Camp and Empower (empowercamp.com). 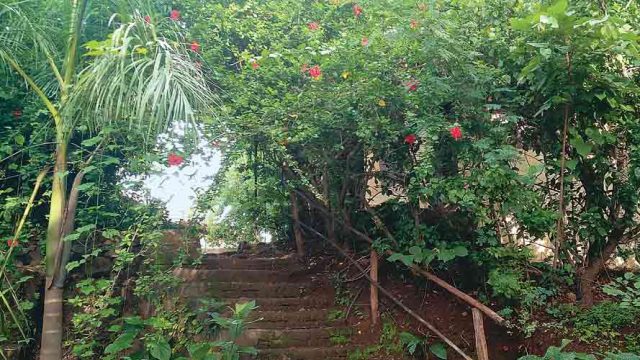