Mallikarjun Kharge, 80, takes charge of the party at a time when it faces a tough challenge from a formidable BJP led by Prime Minister Narendra Modi which has ousted the Congress from many states.

A day after Mallikarjun Kharge was elected the Congress president, BSP chief Mayawati on Thursday accused the 137-year-old party of remembering Dalits only in its bad times and making them "scapegoats".

In his first press conference, Congress President-elect Mallikarjun Kharge said for him every Congress worker is equal and all have to work together to fight the fascist forces threatening democracy and the Constitution. Shashi Tharoor's election officer Sameer Soz had raised doubts over 'serious irregularities' in the polling process in Uttar Pradesh for electing the next Congress President.'

Mallikarjun Karge, who is expected to take oath as the party chief on October 25, was seen as the 'establishment candidate' to have been chosen by the Gandhi family. He is often called 'solilada sardara', a warrior who... "The Congress President represents a democratic vision of India. His vast experience and ideological commitment will serve the party well as he takes on this historic responsibility," Gandhi said on Twitter. A Breakaway From The Past? Election Of A Non-Gandhi As Congress President Evokes Several Questions

While former Congress leader Ashwini Kumar to party veterans like P Chidambaram are batting for the importance of Gandhis in the grand old party, Sonia Gandhi is on her way to break the conventions. Congress leader Mallikarjun Kharge is believed to be the front-runner in the Congress presidential contest. Shashi Tharoor is the other contestant.

The Congress is electing its first non-Gandhi party president in 24 years. Since 1998, either Sonia Gandhi or her son Rahul Gandhi have been chief.

The National Congress today is going to elect its first Non-Gandhi president in the last two decades. Mallikarjun Kharge though is the clear favourite, nobody... 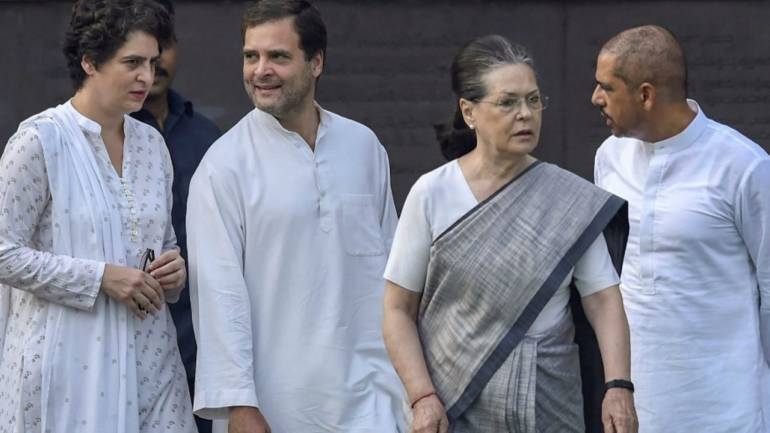 While the Congress President's post has been held by many over its 137 years of existence, there have only been six elections through an electoral contest...

Congress has said that the election is significant since it is the sixth time such an electoral contest was being held to appoint a new party chief.

Congress needs major reforms and decentralisation of party functions. Mallikarjun Kharge has never overtly pushed for reforms, but Shashi Tharoor has been...

The Long Reign Of Sonia Gandhi As Congress Party President

The Congress party is set to get its first non-Gandhi president in 24 years. Sonia Gandhi became the party chief in 1998. During 2017-19, her son Rahul was the...

"I am getting support from the young voters. I am getting good feedback from the lower levels. The seniors are going with Kharge. We have been talking about...

Will Take Everyone Along If Elected Congress President, Says Shashi Tharoor

Shashi Tharoor said he was gladdened by the reception he has received from party workers in Madhya Pradesh and admitted he did not get such a welcome in other...

Shashi Tharoor's appointment as chairperson of the parliamentary panel came after the Congress leadership suggested his name.

The statement of Kharge came in the backdrop of continuous attacks by different BJP leaders at his certain emergence as the Presidential candidate after Ashok...

Shashi Tharoor: We Will Dispel The Myth That Kharge Is Official Candidate For Congress President Post

Even though only 12 out of 700 Congress delegates attended the meet called by Shashi Tharoor, the undeterred Thiruvananthapuram MP announced a 10-point...

Bharat Jodo Yatra: Amid cheers and slogan-shouting by party workers, Sonia Gandhi walked besides her son Rahul Gandhi and other leaders for a few kilometres in...

Rajasthan Congress Crisis: Senior Congress leader Ashok Gehlot through his routine functioning, visits and meetings has tried to indicate that he is going to...

Bharat Jodo Yatra: Sonia Gandhi will walk with the participants on October 6 during the Karnataka leg of the Yatra, a party source said.

The Congress presidency has been with the Gandhi family since 1998 when Sonia Gandhi became the party chief. During 2017-19, Sonia's son Rahul Gandhi was the...

Rajasthan: Ashok Gehlot's remarks come days after he announced that he will not contest the Congress presidential polls as he took moral responsibility for the...

Tharoor filed his nomination on Friday and released a manifesto that had India's map that did not appear accurate as some parts of Jammu and Kashmir and Ladakh...