Love And Longing In Istanbul: What Colour Is A Touch of Sorrow?

An excerpt from ‘Tulip of Istanbul’, a historical novel structured as a murder mystery. It depicts the Ottoman Empire’s glorious art and aesthetic as well as the elegance and grandeur of dreams.

More from Iskender Pala
View All

When Falco regained consciousness, Brother Selman and a few other dervishes were pressing damp cloths to his forehead and stroking his face with rose water. A physician came to feel his pulse and started asking questions in a language he did not understand. It was not unusual for foreigners to be present at the Lodge. They would obtain permission from the Sheikh to observe the dervishes whirling in their sema ceremony. This lodge was perched between the Occident and the Orient and allowed people the pleasure of belonging to both simultaneously. Thus, as the dervishes whirled in the sema room overlooking the Bosphorus, they could be observed from behind a latticed screen by merchants, envoys, admirals, ambassadors, travellers and painters from as far away as Britain, Italy, France, Holland and Russia. These foreigners would mingle with local Jews, Armenians and Greeks, vying with each other for the best positions and talking in a multitude of languages. In the winter months they would go to the Mevlevi Lodge in Galata, but now that winter was over they came to the ceremonies at Beşiktaş.
The physician taking Falco’s pulse was one of these foreign visitors. His manner and tone of voice suggested that he was trying to probe right into the soul of his patient. Falco tried to recall what had been on his mind before he passed out. What had he been dreaming of? What had he been yearning for? But he said nothing. Despite the physician’s persistence, he remained silent. That night, Falco tossed and turned on his mattress, his mind filled with so many thoughts coursing through his mind that he did not know which to pursue.

Seeing the tulip in Çırağan Palace garden turn from red to purple had made him decide to draw up a new plan. He would start by visiting Hafız Çelebi and Stocky Yeye and asking to see the Touch of Sorrow they had planted the previous autumn. He would ask if it had flowered, and if so what colour it was. What colour should a touch of sorrow be? He knew that tulips had no smell, but might this one have the scent of Nakşıgül? It would be the start of an investigation that would give meaning to his life. The moment he saw that tulip, he would devote his life completely to Nakşıgül. The Touch of Sorrow might even lead him to the murderer. That tulip represented not only love, but also mysticism. It might bring the dead to life, or possibly death to the living. 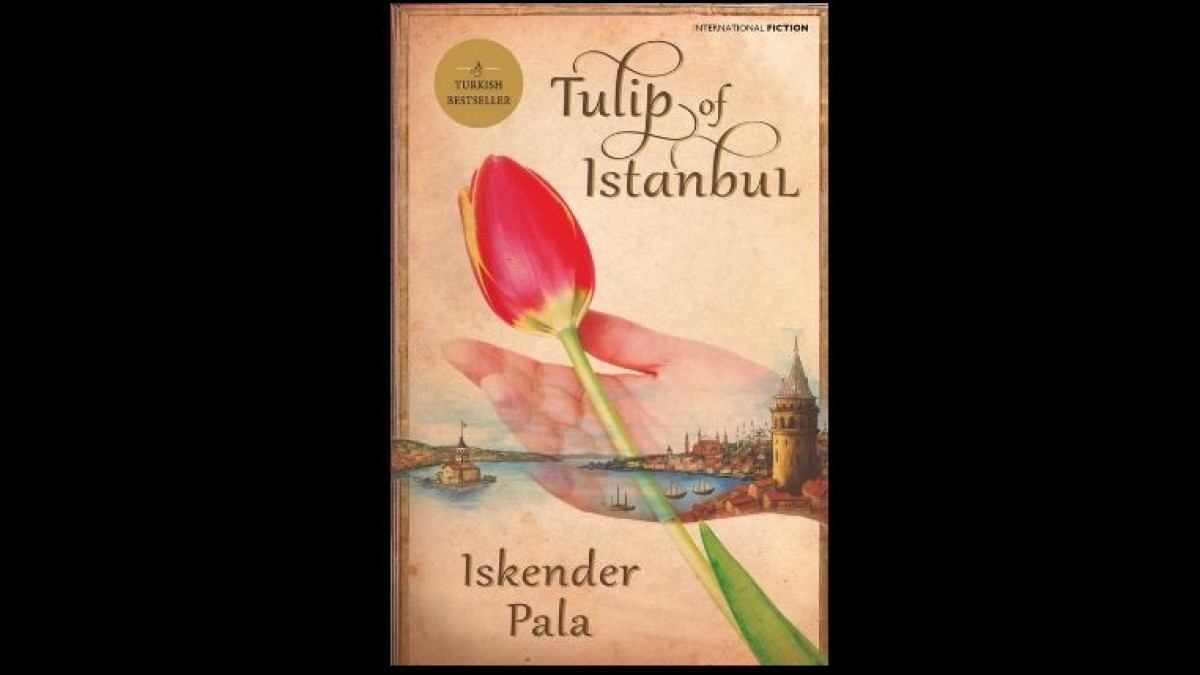 For Falco, the Touch of Sorrow represented the end of a winter of Sufi philosophy and awakening from a peaceful dream. It had helped to keep him going through that winter. Maybe he had invested too much hope in it. Perhaps, as Hafız Çelebi had warned, it would not flower at all. If that were the case, however, he vowed he would not turn back. Even without the Touch of Sorrow, he had to find Nakşıgül’s murderer if he was ever to live in peace. His life would be pointless if he did not do this for Nakşıgül.

Falco spent that night in a delirious fever. Whenever he dropped off, he was woken by nightmares and would then try to console himself with visions of Nakşıgül. To his surprise, he rose at dawn feeling refreshed and prayed earnestly until the sun rose. Voices chanting the İsm-i Celal in the sema room mingled with the creaking of the wooden building filtered down to his cell on the ground floor. Falco set about putting his thoughts in order, thoughts which he had put on hold for six months. He remembered that he needed to go to the Sheikh ul-Islam’s office in Süleymaniye to search through the official death records in the hope of finding a clue to the identity of Nakşıgül’s killers. With luck, the men who had been hunting him would have given up after all this time.

***
On his way to Süleymaniye, Falco thought about all that had happened to him and realised that nobody would understand if he tried to explain. However, he was no longer the confused person he had been when he entered the Mevlevi lodge. The deep emotional scars from living life on the run had been healed. Besides, no one was likely to bother a Mevlevi dervish! As he made his way up the Süleymaniye slope, he looked into the rows of workshops making cauldrons, spoons, saddles and sandals. On the way, he visited the tomb of Süleyman the Magnificent, where he sat outside on the wall for a while, absorbing the magical beauty of the city below and the ever-enchanting Golden Horn. He was thinking how there was no better place on earth to live, when something totally unexpected happened. A half-crazed fireman ran past shouting, “Run, or you’ll be burned alive!” over and over again before disappearing out of sight. Falco gazed after him, thinking how many crazy people there were in the city and wondering how many became that way because of love. Sometimes it was impossible to tell if they were saints or lunatics — but there were certainly plenty of them. For instance, there was Crazy Sieve-eater at the Mevlevi Lodge and a master tinsmith called Mad Seyit Mehmet who worked with his feet. There was Loony Cadi, who lost his mind after realising an error in one of his rulings and now wandered the streets in the same robe, whether it was summer or winter. There was Toady Osman, an ascetic from the Black Sea area who proclaimed miracles, and Novice Mustafa, a Bektashi fakir who cried out “Farewell, lover!” whenever taking his leave of anyone. There was Cadi Süleyman Efendi, who spent his days running from one end of the city to the other crying out “Clear off, you infidels and hypocrites!”, not to mention Mad Stationer, Egg Maniac and so many more. Falco did not know whether to be surprised or alarmed that there were so many people known to be mad in one city and undoubtedly many more who never achieved such notoriety. He had even known a lunatic at the stokehouse who always made pertinent comments whatever the topic, as if he had some sort of spiritual guidance. 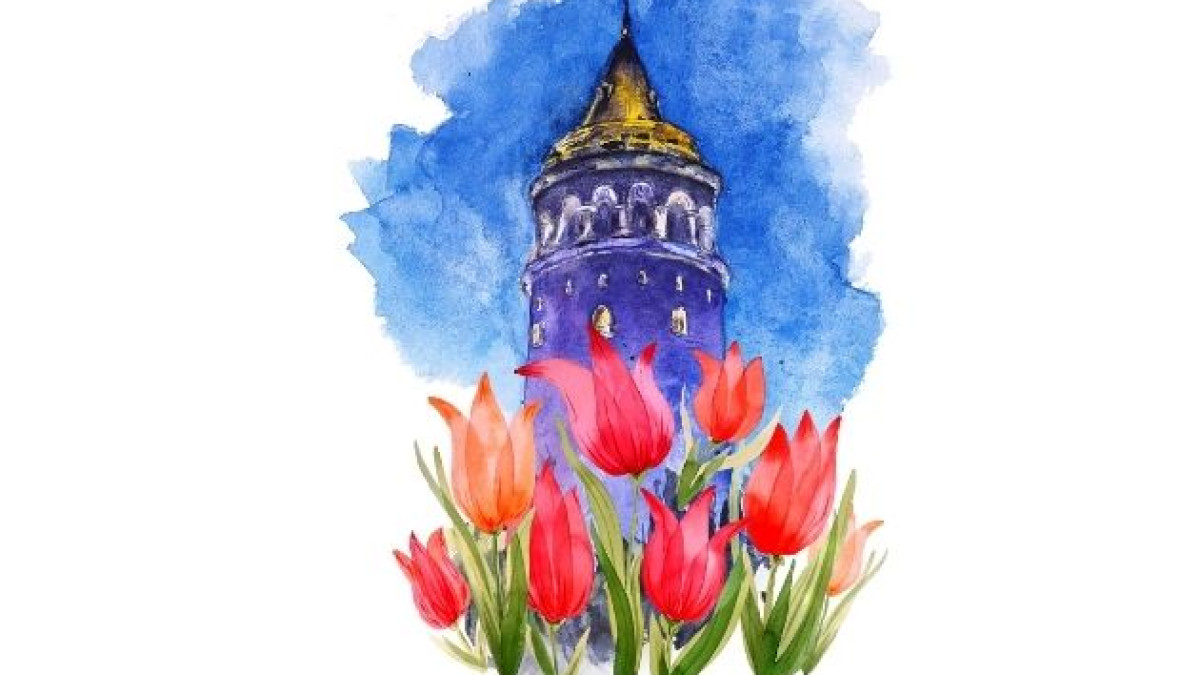 The tulip in Çırağan Palace garden turn from red to purple. (Credit: Shutterstock)

Short Story: The Sea Brings, It Also Takes Away

Short Story: The Peace Of Mind

While Falco sat on the wall thinking about lunatics and lunacy, he noticed a group of fifteen or twenty men in the distance going towards Tahtakale and clearly involved in a heated dispute. One of them in particular caught his attention. He looked very much like the man who had been standing next to the Prison Custodian at Patrona Halil’s basin in the hamam. Just then, Falco heard some people close by crying out, “He insults the honour of the Janissaries! We want justice!” and three constables appeared from nowhere. “Come now, everyone has honour to protect!” said one of them, trying to calm them down. Someone had obviously been molested and an honour fight was about to break out. As if on cue, the muezzins in the minarets of Süleymaniye started calling out, ‘Allahu ekber! Allahu ekber!”

When Falco left the Sheikh ul-Islam’s office, he was none the wiser. Despite putting a few coins into the pocket of the elderly official who looked carefully through two volumes of records for the previous six months, they found no death or burial record for anyone by the name of Nakşıgül. Falco emerged from the office to a pungent smell of smoke and a roar of voices that disturbed the normal calm in the streets. As the smoke thickened, some of the people resigned themselves to yet another neighbourhood fire and others fled.

Falco took the crazy fireman’s advice and made his way down the Tahtakale slope to the bridge, where crowds of people were running for their lives. 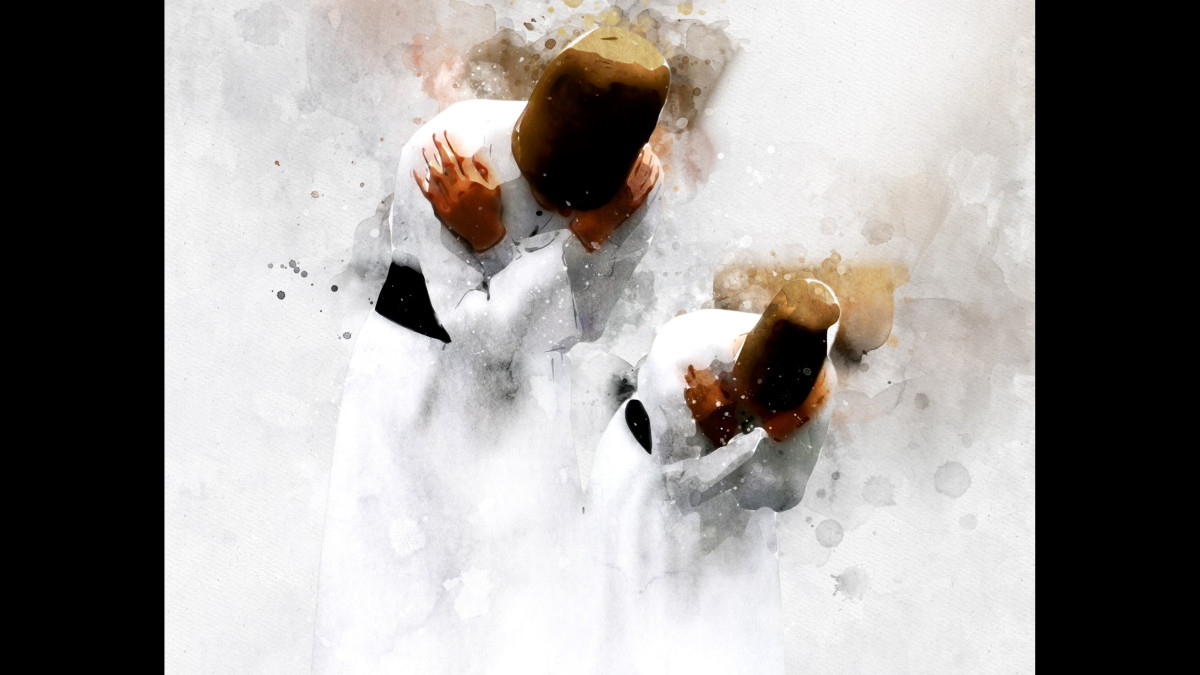 The flames were getting bigger by the second and were now leaping out of the roofs... (Credit: Shutterstock)

from Kasımpaşa to Galata and progressing steadily down towards the Golden Horn, where ships had already started moving out into the Bosphorus.

Falco walked towards the fire, watching the movement of the flames and thinking about the people whose houses were being devoured. He reflected on the ability of fire to change everything. It had the power to transform the substance of earth, water and air. Even people were changed. The ferocity of the fire was now changing life itself. By the time he reached the bridge, majestic flames were licking at the Galata walls and sending out red sparks which glinted on the blue water of the Golden Horn. The earth and sky appeared to be in joint conflagration, with everything in between reduced to crepitant waste. A spiritual force seemed to be commanding the savage power of that fire. It had appeared from nowhere and engulfed everything in no time at all, as if a knot of fate had been unravelled. Falco knew only too well that when this happened people threw caution to the wind. He crossed the bridge and raced through the smoke towards Beşiktaş. As he ran, he thought back to the fight he had witnessed, and the crazy fireman’s warning, “Run or you’ll burn!” On reaching the Mevlevi Lodge, he ran into Poet Nahifi Dede and started telling him about the fire, but the red warning flag was already flying on top of the Bayezit fire tower. Inside the lodge, the dervishes were praying for peace and salvation. When Falco heard the response ‘Amen’, he was reminded of the men who had shouted, “We want justice!” and tried to imagine him in a mask standing by the hamam basin. Falco felt sure it was the same man. He even remembered his words, “We’re waiting for the slender beauty with the arched eyebrows and rosebud lips from Mount Qaf.”

But who was this Beloved? Falco spent all night wondering about this until he was finally able to ask Nahifi Dede who arrived at the Lodge early the next morning.

Excerpted from Tulip of Istanbul by Iskender Pala, Translated from Turkish by Ruth Whitehouse (Rs 550, pp. 392, with permission from Niyogi Books

(Iskender Pala (b. 1958) has a Doctorate in Ottoman Divan Literature and teaches at Kultur University. He was given the title ‘The People’s Poet’ by popular vote and was granted the 2013 Presidential Culture and Arts Grand Award in literature. Ruth Whitehouse, the translator, has a PhD in Modern Turkish Literature at SOAS, London)