Inder Sen Johar was the first Indian to be nominated for the BAFTA Awards. He shared the screen with Peter O’Toole in Lawrence of Arabia, and made films on the emergency and forced sterilization. He fought with the goverment and said outrageous things. In this part of Sands of Time, Amborish Roychoudhury talks about the remarkable I.S. Johar.

It was Inder Sen Johar’s acerbic wit and caustic tongue that often landed him in trouble. But it also opened doors for him. After acting, writing and directing in the Hindi film industry for eight years, it was his sharp wit that landed him his first Hollywood project.

Between the late 1960s and early 70s, the Filmfare magazine published a column called I.S. Johar’s Question Box. Readers were supposed to write in with the absurdest of questions and actor-filmmaker Inder Sen Johar would respond to them with his signature wit. The best questions would be rewarded with the princely sum of Rs. 50. Sample this repartee:

Question: I am going to Pakistan. What advice do you have to give me?

Johar: Keep out of harem’s way.

Question: They say “converse in English, make love in French”. What about Hindustani?

It was Johar’s acerbic wit and caustic tongue that often landed him in trouble. But it also opened doors for him. After acting, writing and directing in the Hindi film industry for just eight years, it was his sharp wit that landed him his first Hollywood project. The year was 1957, and Johar was invited to speak at the Indian Film Festival in London. Many well-known faces dotted his audience, which comprised of British noblemen, Indian politicians and American entertainers. Among them was “Lord Brabourne”: John Knatchbull, 7th Baron Brabourne (John was the son of Michael Knatchbull, the 5th Baron Brabourne, after whom Mumbai’s iconic Brabourne stadium was named). While introducing I.S. Johar, John Davis had referred to him as the “Indian Charlie Chaplin”. Johar said in his speech: “This is not the first time I have been called India’s Charlie Chaplin. I have been insulted in this manner many times. In fact, my life has been a series of misfortunes — either I get the discredit for the misdeeds of others or others get the credit for my good deeds.” 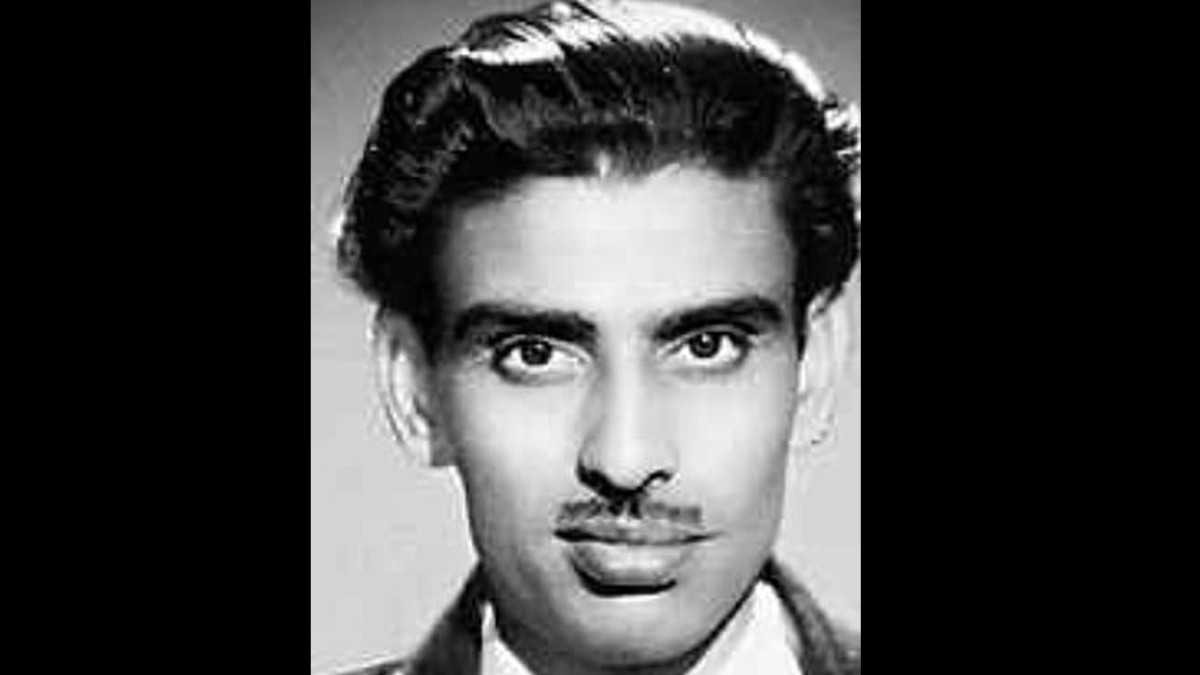 “This began at my birth... My twin brother and I resembled each other so much that people often mistook him for me and me for him. I was hardworking; he was not, I passed the university examination, but he got the degree. He was something of a criminal, but I was sent to prison. I fell in love with a girl, but she married him... Last year, however, I got even with him. I died, but they buried him! Similarly, I hope to get even with Charlie Chaplin one day.”
The crowd burst into applause and peals of laughter. Brabourne was among the many who stepped up to Johar to congratulate him on his speech. Sometime later, back home in Bombay, his friend Ambalal Patel hosted a dinner for Brabourne where they met again. By this time, Brabourne had spent years on television and was now planning to produce a movie. After the success of Bhowani Junction (1956), movies about the Orient were all the rage. Brabourne’s film was called Harry Black and the Tiger, based on a novel by David Walker. It was a story about a hunter, and Englishman, who is after a tiger terrorising a village in India. It also featured an Indian tracker called Bapu who helped Harry find the beast. They were looking for an Indian actor to play the role. That evening, Lord Brabourne offered the part to I.S. Johar, saying, “I have a role for India’s Charlie Chaplin in my picture.” 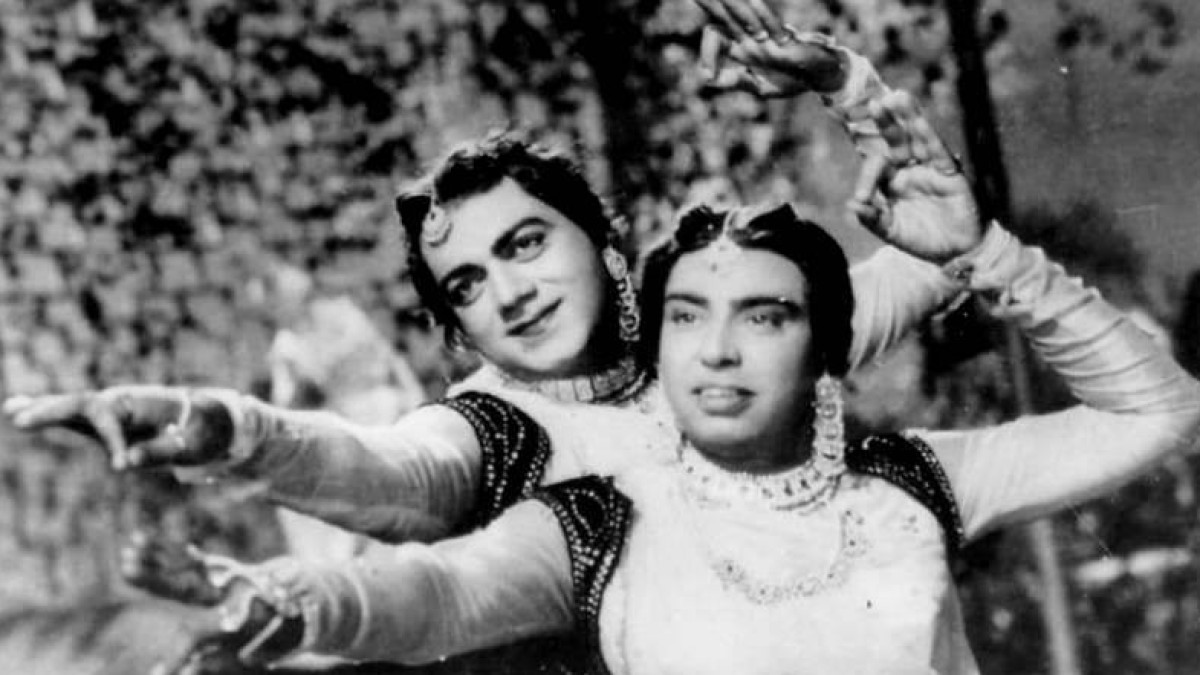 Harry Black and the Tiger was shot in Mysore. Stewart Granger played Harry Black and I.S. Johar played Bapu. The next year at the BAFTA Awards, the film managed to score one nomination. I.S. Johar was nominated for his performance but lost to British actor Trevor Howard. Johar was the first actor of Indian origin to be nominated for a BAFTA award. The best actor category was split into ‘Best British Actor’ and ‘Best Foreign Actor’ those days. Curiously, I.S. Johar was nominated in the former category, instead of the latter. Harry Black followed a plethora of walk-on roles in Hollywood projects, including North West Frontier (1959), Maya (1966), Death on the Nile (1978), even the Italian  Kali Yug, la dea della vendetta (1963) and its sequel  Il mistero del tempio indiano (1963). The most significant of these outings was undoubtedly David Lean’s Lawrence of Arabia. He might not have had as much screen time here as on Harry Black, but it was the biggest cinematic spectacle he ever participated in. 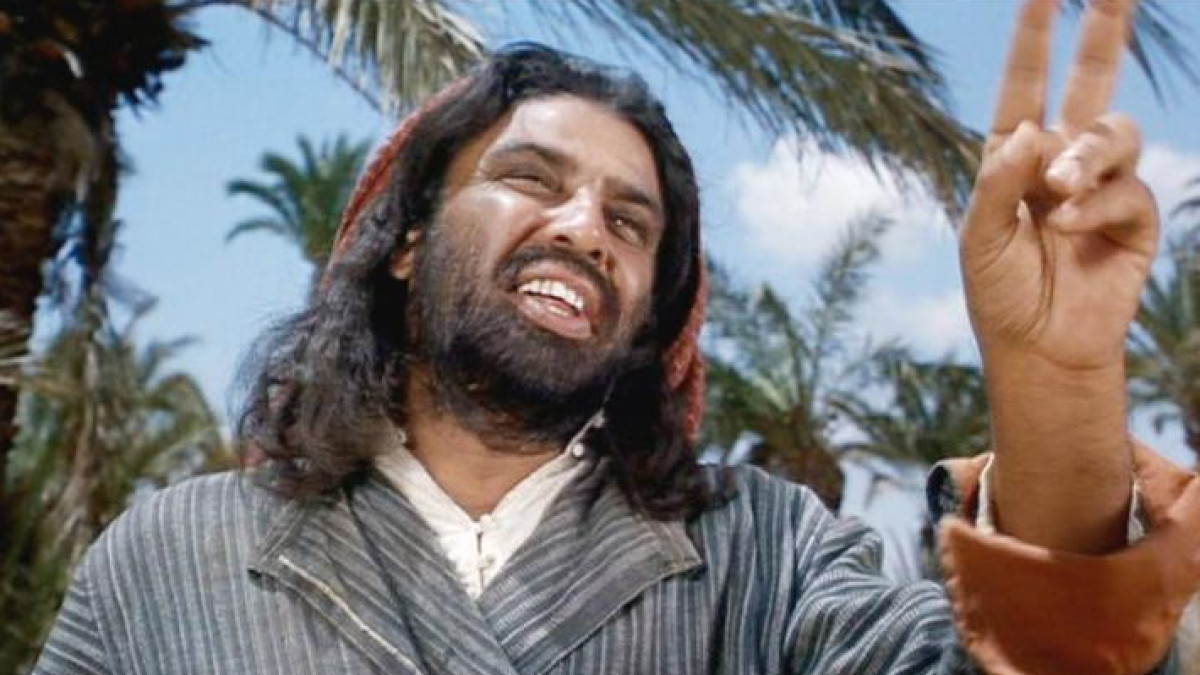 But it would be nothing short of a blunder to assume that I.S. Johar’s western escapades were the apotheosis of his chequered career. Far from it. His very debut materialised with a film for which he wrote the script: Ek Thi Larki (1949), a delightful romp starring Motilal and Meena Shorey. The film went down in history for the song Lara lappa lai rakh da, which was one of Lata Mangeshkar’s first major hits. It became such a rage that the word “Lara lappa” entered popular lexicon. And here was Johar, not only written the film but also acted in it. Three strands of his career emerge from here on out: writing, acting, and eventually directing. Within three years, I.S. Johar had debuted in direction with Shrimati Ji (1952) produced by Filmistan, and started writing for B.R. Chopra. Johar wrote Afsana (1951) for Chopra, followed by Chandni Chowk (1954). Afsana was B.R. Chopra’s directorial debut. It was one of the earliest instances of the dual-role-mistaken-identity trope that Bollywood quite often employed in the next four decades. Twenty-one years later, B.R. Chopra reprised Johar’s story in a new garb and called it Dastaan (1972). He, of course, acted in every film he wrote or directed. In popular imagination, Johar is known as a comedian, his most well-known outings being Joy Mukherjee’s misogynist mentor in Shagird (1967) and a series of comedies with Mehmood, which included Johar Mehmood in Goa (1965) and Johar Mehmood in Hong Kong (1971).

It is quite possible that I.S. Johar’s greatest triumph as a director came with Nastik (1954), a film that has aged remarkably well. Ajit (who would go on to shine as a villain in the 70s) plays a man who loses his faith in god and religion when his parents die during the partition riots and a priest refuses to save his dying brother. The film raises some uncomfortable questions, not excluding the song by Kavi Pradeep which in a strange way, holds resonance even today. Kavi Pradeep wrote the lyrics as well as rendered the song himself.

The Partition and its long-term ramifications — political and otherwise — left a deep impact on I.S. Johar. Though none of the films he directed subsequently ever touched the level of Nastik, he continued to make unequivocal — often reckless — political commentary through his work. His film Nasbandi (1978) was a blunt satire about the forced sterilization drive by the then government in power, featuring a hilarious song that went, “Kya mil gaya sarkar emergency laga ke/ Nasbandi kara ke, humaari bansi bajaa ke/.. kya mil gaya gutter mein meri nao girake/ Nasbandi kara ke, humaari bansi bajaa ke!” Needless to say, the film was banned.
But Johar was getting used to bans. When his play Bhutto (1982) was banned, he is known to have said, “The play is not only anti-Bhutto, it is anti-general Zia, Mrs Gandhi, Ershad… It is anti the demagogic despots of the Third World — that includes Mrs Gandhi…”. His explicit statements were not just restricted to politics. In 1983, an interview given to Sunday magazine had so much sexual candour about his adolescent experiences, that it would run a shiver down the spine of today’s Bollywood stars. Speaking of Hindi films and their audience, he once remarked, “They are fools, and all Hindi films are rubbish. Mine are at least entertaining.”
Johar was one of the most outrageous, scandalous, and illustrious people to have come out of the Hindi film industry. You could disagree with him vehemently and shudder at some of his beliefs, but you sure as hell couldn’t dismiss him. And yet, history remembers him just as a movie clown, ranking him lower than his more famous contemporaries. Sad!