Valentine's Day 2022: The Changing Face of Romance in Bollywood

From sharing an umbrella under the rain to showing rebellion in love and now presenting a more inclusive love; Bollywood’s projection of romance has been a strong reflection of the changing society.

Why did the hero work day and night to become rich? To impress his lover’s rich, egoistic father. Why did the heroine refuse to marry an arranged alliance? For the love of her soulmate. The world of Hindi cinema has and continues to revolve around the genre of love, giving birth to plenty of great stories which have been inked in golden letters in the history of Indian cinema. The genre of romance has been timeless in Bollywood. The evolution of cinema and storytelling ran parallel to the representation of love on the silver screen. While action, thrill, horror, all were sub-genres, love and romance remained the centre of everything.

From the black and white era of Shree 420 (1955) and Pyaasa (1957) to the OTT original stories of today, the representation of love and relationships has undergone a massive transition. From the time of love letters to dating apps, writers and directors have swiftly identified the changing trend amongst lovers. 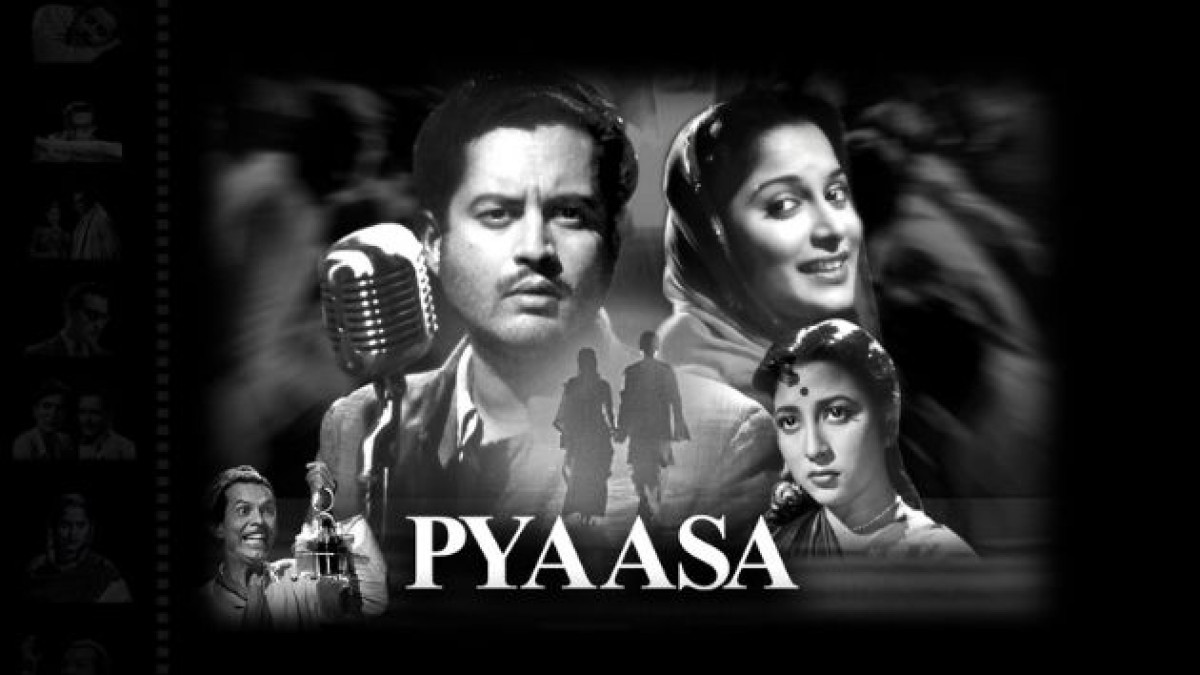 These decades gave us almost 219 films, which started exploring love in a traditional and highly emotional way. With stories such as Shree 420, Pyaasa, Hulchul, Chalti Ka Naam Gaadi, Sadhna, Nadiya Ke Paar, the stories and relationships focused a lot on the ideal, acceptable romance, the one where the villain was not really a person but circumstances. It reflected on the bigger picture of reality, where a man and a woman together in matrimony or a deep commitment, face the curveball life throws at them. The unity of the protagonists was aspirational in nature, giving the audience a sense of longing for such a strong and united alliance. This era was also crucial because Indian cinema was transitioning from black and white to colour movies. So now, filmmakers also had to add visual aesthetics to their scenes to express the emotion onscreen. These two decades also gave Indian cinema iconic films such as Mughal-E-Azam, Devdas, Sahib Bibi Aur Ghulam, and Guide. 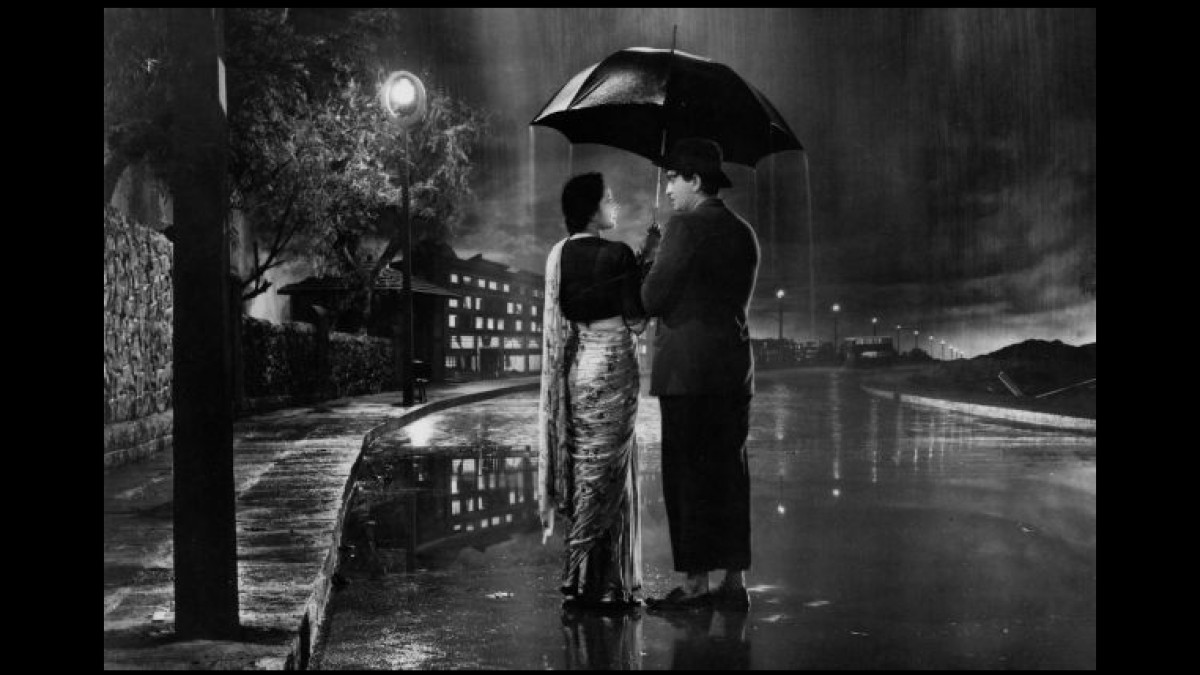 The second half of the 1960s had started getting more creative. Instead of just throwing in a couple-in-love and adverse circumstances of life, stories such as Jewel Thief, Sahib Bibi Aur Ghulam, Sangam, Guide, Ram Aur Shyam and Khilona, started exploring the complexities of relationships and various possibilities that can happen in the lives of two people in love. For instance, a love triangle, mistrust in a married couple, love between an unlikely couple, so on and so forth started forming the premises of relationships. All titillating the minds of the audience but not creating any kind of controversy. In this era, the 1973 film Bobby, starring Rishi Kapoor and Dimple Kapadia, was considered way too bold for the young audience and the streak of rebellion introduced in love stories later became a paradigm for films to come.

The window of the 1980s was the ‘modern era of love’. Girls were going to college in stylish scarfs, pants and big sunglasses and puffed hairdos and the boys were brash, dare devilish and very, very angry for some reason. Interestingly, this is also perhaps the only decade where writers and directors were experimenting with different shades of love. On one hand, there were films like Tezaab, Hero, Prem Rog, Qayamat Se Qayamat Tak, Rocky and many more, where the central theme of intense, passionate love encouraged the protagonists to run away, take drastic measures and fight for their love and unite by hook or by crook. On the other hand, there were films like Shehenshaah, Sharaabi, Coolie, Himmatwala, Satte Pe Satta, where the driving force was a love story but the loud action, the macho image and hard-hitting dialogues of the hero somewhere overshadowed the soft intensity of the love story. And then, once in a while came stories like Sadma and Silsila, which were a breather to the audience that loved watching love in its purest forms. Amid the action-oriented loud punches, whistle-generating, in-your-face, blood-boiling dialogues, films like these came as a calm breeze to the audience that craved to just indulge in their fantasy of romance. In 1989, when this decade was almost done with, released  Maine Pyar Kiya, starring Salman Khan and Bhagyashree. The success of this film, like that of Bobby, was a precursor of what the next decade in Bollywood was about to bring. 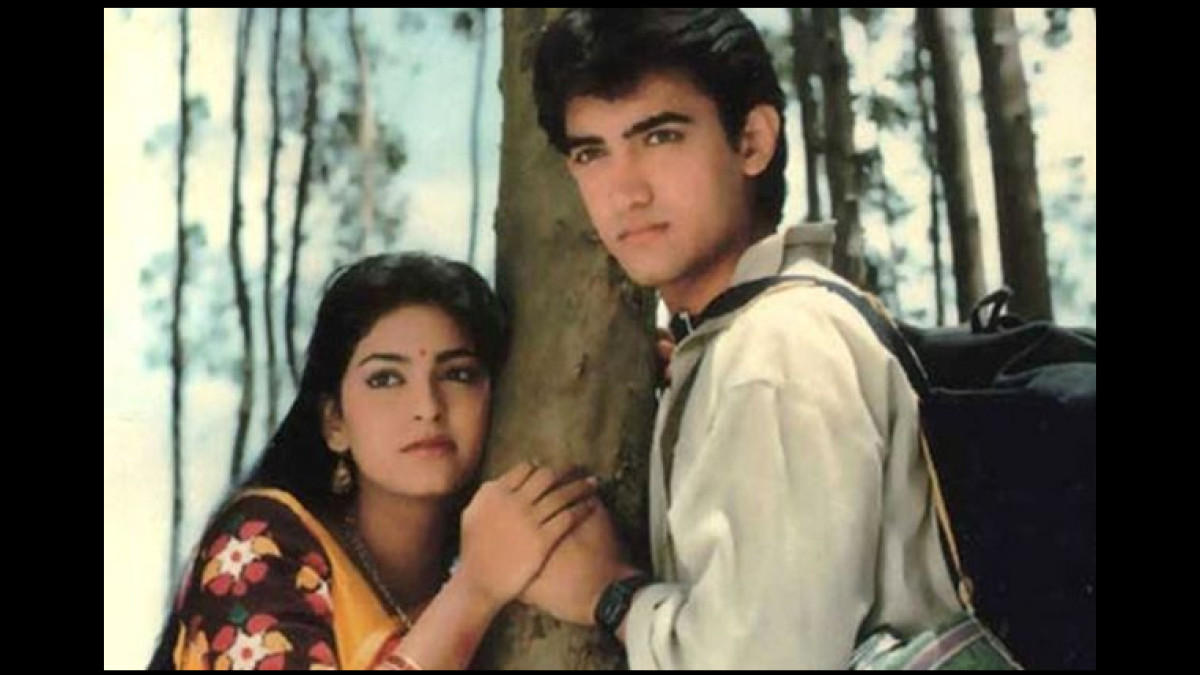 The 1990s: The era of Shah Rukh Khan and celebrating young love

This was perhaps the most interesting, exciting phase for the new age movie lovers. It was in the decade of the 1990s that Bollywood gave some of the most iconic love stories of all time. Many films also brought the whole college romance sequence in the frame, which appealed a lot to college-goers. Bollywood got Shah Rukh Khan and fans got a one-way ticket to a dream world where the definition of love and relationships changed 360 degrees. Important to note that even now, the basis of a love story remains pretty much the same. A hero, a heroine and a villain, but now Bollywood was daring to go global. Dreamy sequences, new shooting locations, bigger and better song and dance sequences. Safe to say that the money being pumped into film production was higher than ever, helping directors to add the fanfare around romance and feed aspirational stories to the audience. This era saw Shah Rukh Khan and Kajol’s timeless love in the 1995 release Dilwale Dulhania Le Jayenge which continues to be a blockbuster hit. Movie buffs got a taste of Sooraj Barjatiya’s family drama and the love between Prem and Nisha in Hum Aapke Hain Koun. It also brought the craziness of love with Baazigar and Darr. This era has innumerable love stories and relationships which appealed widely to the young adults of India. Movies such as Saajan, Rangeela, Bombay, Kabhi Haan Kabhi Naa, Kuch Kuch Hota Hai were some of the biggest blockbusters which celebrated young love. 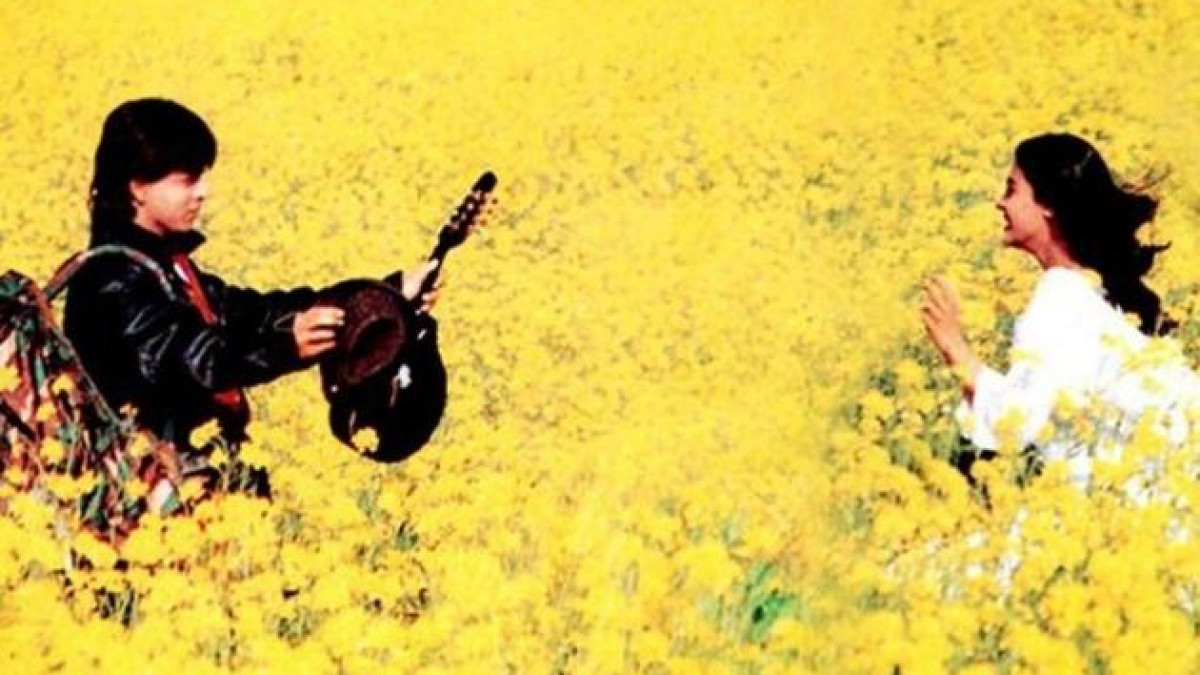 Five Classic Love Stories Which Would Appeal To Every 90's Kid

By now the audience had started losing interest in the hyper sensationalised stories. The genre of alternate cinema had started raising its head and audiences seemed to be coming out of the dreamy, unreal ways of storytelling. This can also be seen as a time when the treatment of love stories was changing. It was no more just about an actor, actress and villain. While with films such as Dil Chahta Hai and Kal Ho Naa Ho, Mohabbatein romance gave that feel-good-feeling, writers had also started exploring the complexities of relationships, of the married couple, of lovers separated during Partition, of teenage pregnancy and other such issues. It was not just about good ol' sugary love anymore. Films such as Kabhi Alvida Naa Kehna, Gadar, Saathiya, Veer-Zaara, Salaam Namastey, Rab Ne Bana Di Jodi amongst others were now focusing on bringing love stories which were about romance but also about the individuality of the people in love. This kind of narration resonated well with the young, tech-driven, ambitious Indian, who did want love but had also started looking for their identity. The relationships in these films were no more co-dependent on each other to find the ultimate happiness. 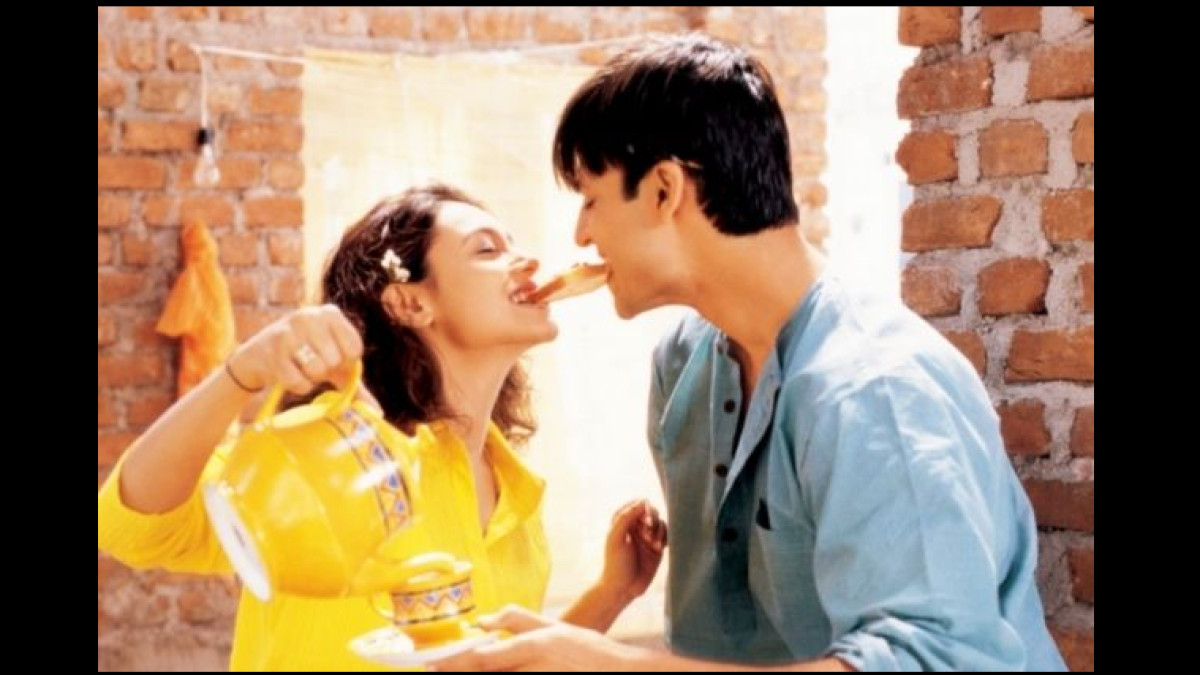 Exploring layers of love in 2010

As the next decade started, love and relationships in Hindi cinema became socially more aware. The bandwidth of every story increased. It marked the beginning of a period when cinema truly represented its society and cine writers were losing their inhibitions one story at a time. On one hand, there was Ranbir Kapoor’s complex, emotional journey in Rockstar, on the other, there was his silent love story in Barfi! Caste-based love stories like Raanjhanaa and Ram Leela were becoming the highest-grossing films of the year. Aanand L Rai’s Tanu Weds Manu was a much lighter but interesting take on love which was lapped up by the audience. 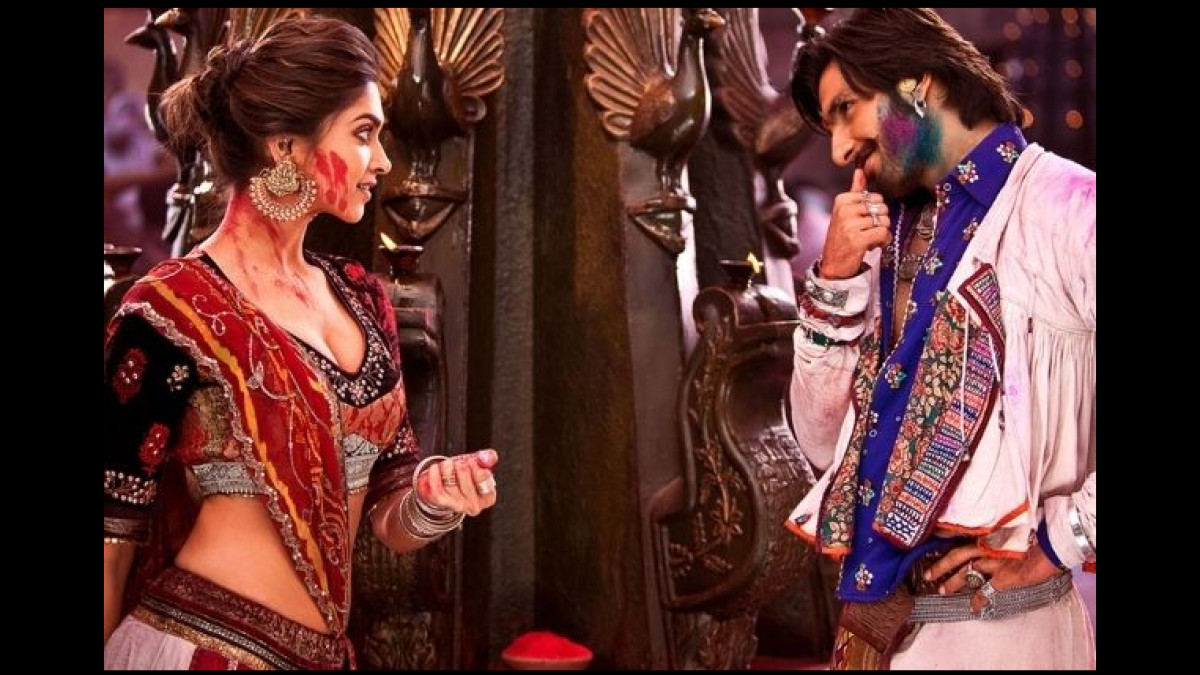 A still from Ramleela

A revolutionary change in cinema came with Bollywood showcasing mature, homosexual relationships from 2010, unlike its previous caricaturist ways. We saw films like Kapoor And Sons, Aligarh, Ek Ladki Ko Dekha Toh Aisa Laga, Shubh Mangal Zyada Saavdhan, portray homosexual love and relationships in a real, dignified manner, which was the need of the hour. Actors such as Manoj Bajpayee, Rajkummar Rao, Ayushmann Khurrana have brought the topic of homosexuality to the mainstream, making it part of the urban reality and creating a healthy discussion around it. More recently actress Vaani Kapoor played the role of a trans woman in Chandigarh Kare Aashiqui and was widely appreciated. 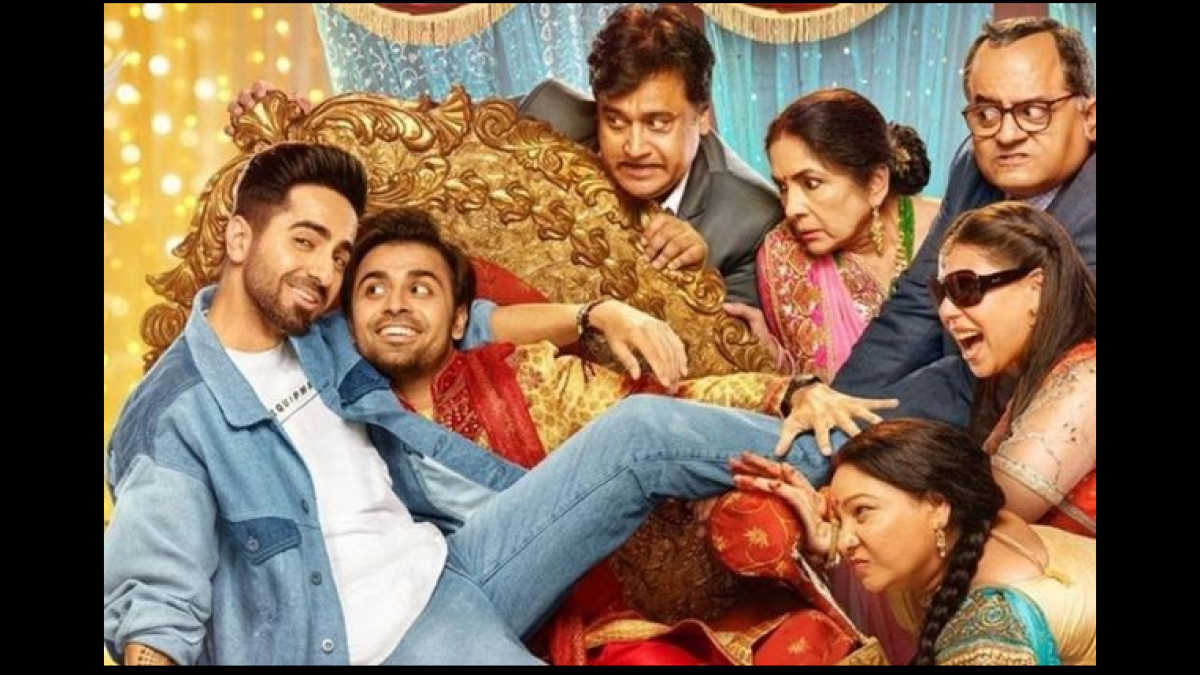