Who does not want their friend to be working with them? What will be even better if that friend is Dwight Schrute from the American version of 'The Office'. Played by actor Rainn Wilson, he is with the boss through thick and thin.

On actor Rainn Wilson's 56th birthday, let us take a look at some of the best moments of Dwight Schrute from the many seasons of 'The Office'. Here are the most loved episodes that actor Rainn Wilson made his character shine in and make them so memorable from the show we all have loved to watch over and again. The show has won 5 Prime Time Emmy awards, multiple AFI TV Programme of the Year awards among the long list of it's 51 award wins over the years. 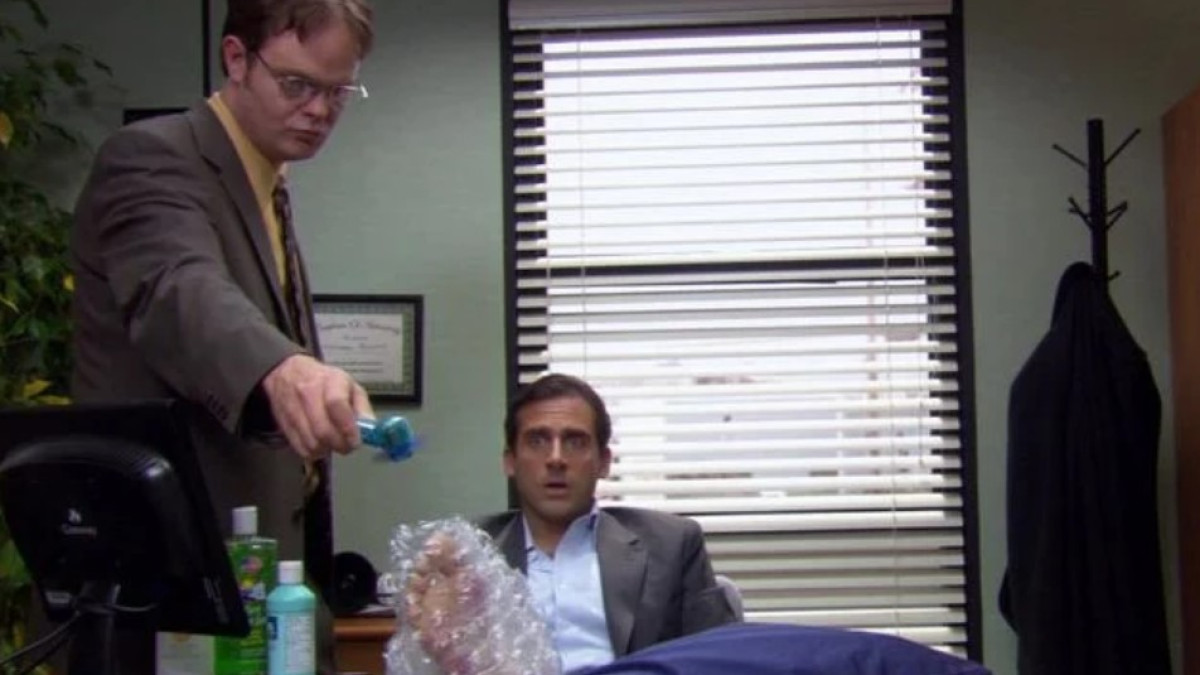 A regular day at the office of Dunder Mifflin ceases to exist, the episode opens with the boss Michael Scott (played by actor Steve Carrel) calling the office reception complaining of having had an medical emergency, that turns out to be his foot being burned of his Foreman grill. Hearing that his "superior" is in danger and no one is going for help, Dwight rushes to rescue his boss. Little does anyone expect that he would barely make it out of the parking, as he smashes his car into a pole of the way out. He does not stop and continues to go for help and the rest of the episode has a concussion from the accident. 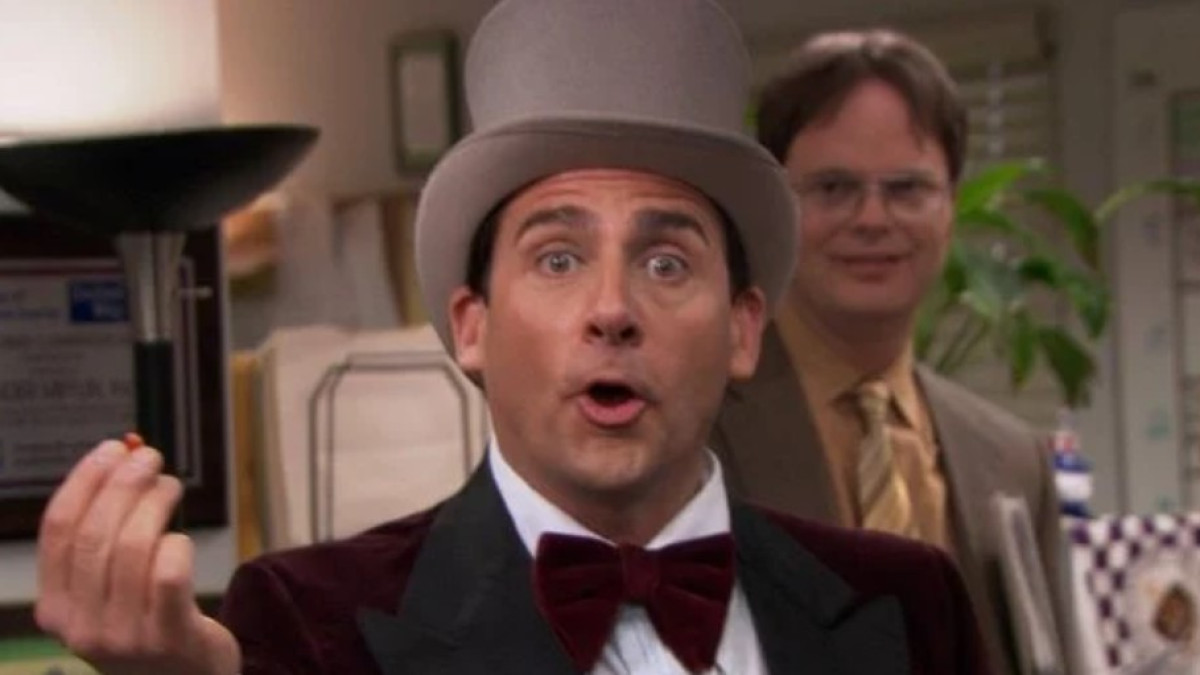 Michael gets an ingenious idea of putting golden tickets in the company shipments and also dresses like Willy Wonka from 'Charlie And The Chocolate Factory'. Things take a turn when board member David Wallace finds out, and Michael pins the idea of Dwight. Much to his surprise David Wallace like the idea and now he wants Dwight to be honest so that he can get the credit for what happened. 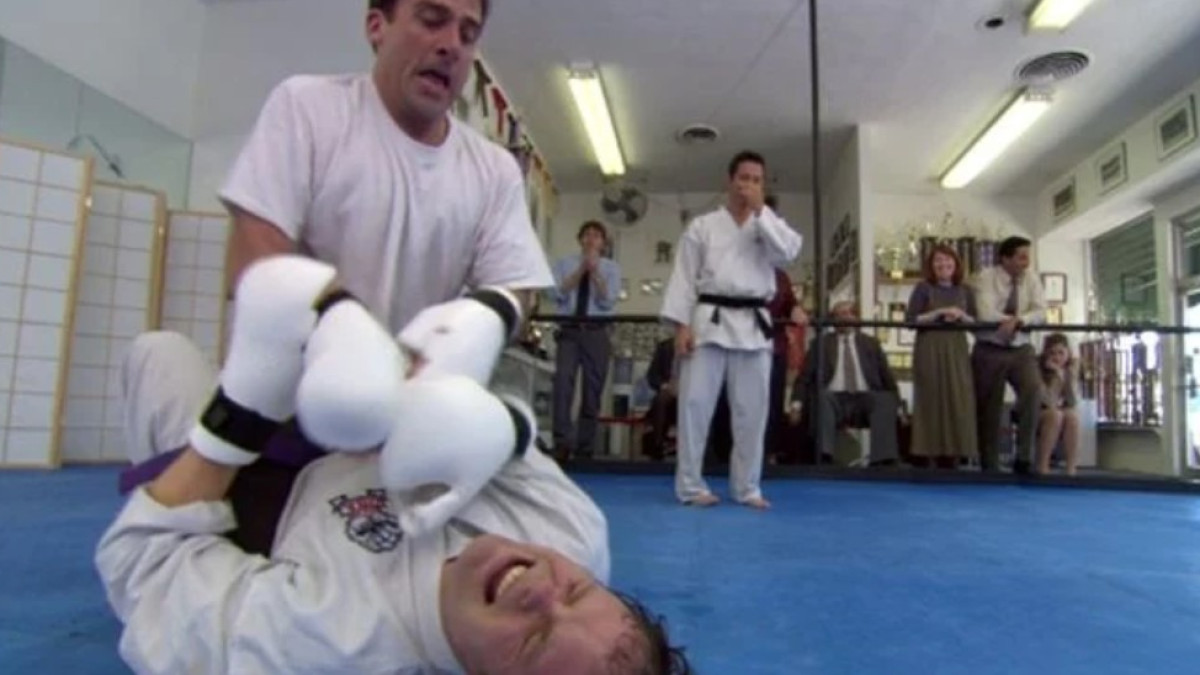 When Michael hears Dwight boasting about his "Karate Abilities" he asks him to punch him in the gut, turns out Michael was much hurt by it and calls out Dwight for a "real fight" at lunch time. The both go to a Karate Club and fight it out in front of all office employees. Much to everyone's surprise Dwight ends up losing the fight in his own Dojo. 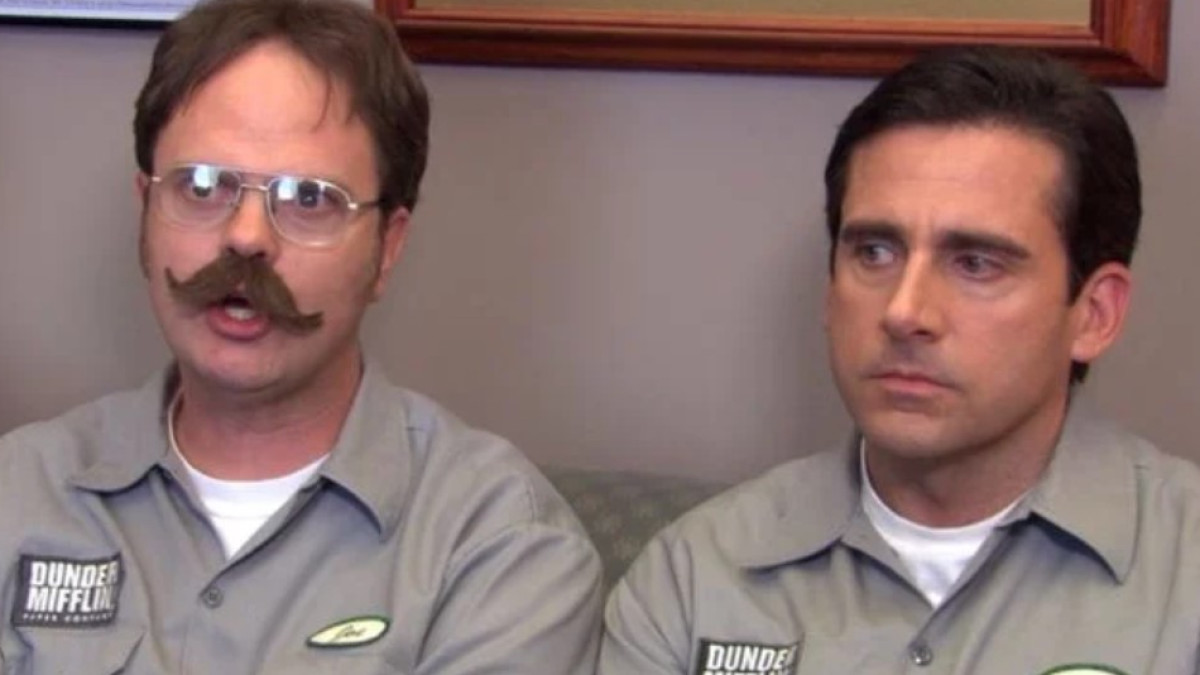 Dwight and Michael team up in disguise and try to steal the industrial printer from the Dunder Mifflin Utica branch because Michael feels that the offer to his employee Stanley by the Utica head Karen is an attempt to poach all his Scranton branch employee's. 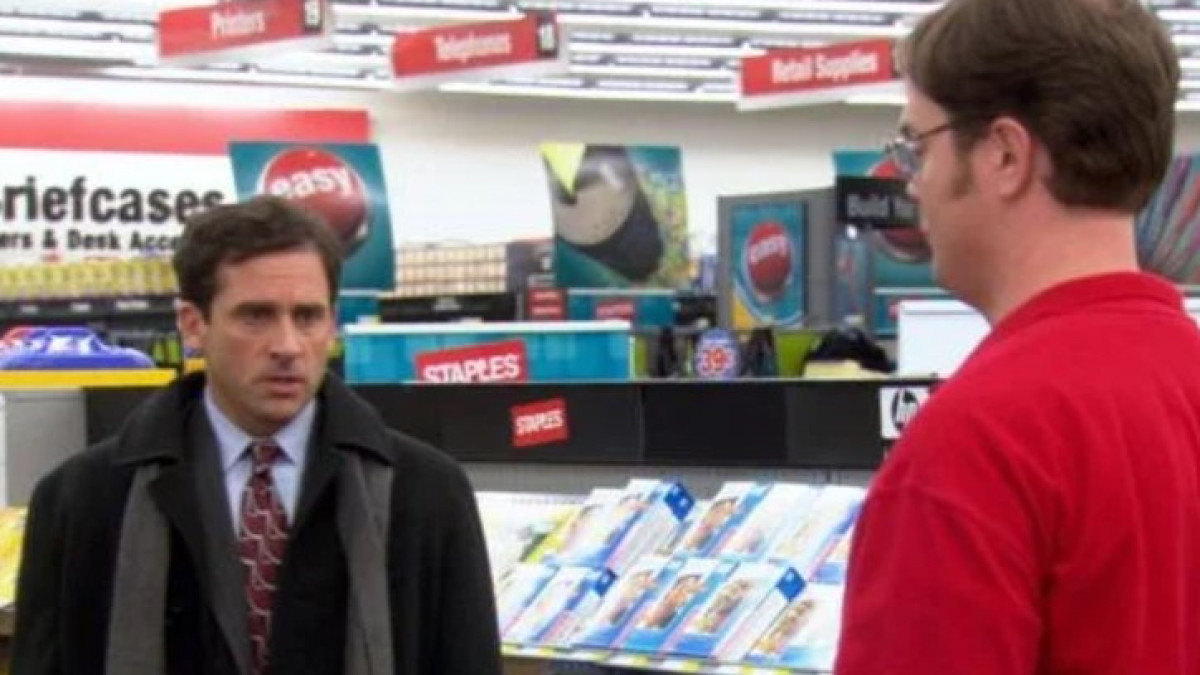 Actors Steve Carell and Rainn Wilson from 'The Office'.

Now working in the company called Staples, Dwight who was fired by Michael from Dunder Mifflin after being manipulated by Andy, Michael regrets his decision and goes to get back his friend and employee. In what is one of the sweetest moments of the duo, Michael is able to get Dwight back to Dunder Mifflin who was having a hard time settling into his new job.