According to the circular, flag hoisting will take place at 8am on Independence Day, followed by National Anthem. 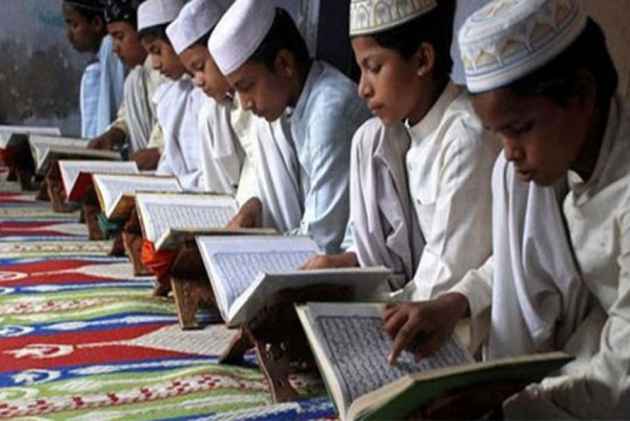 All madrasas affiliated to the Uttar Pradesh Madarsa Shiksha Parishad, will not only have to host cultural events on Independence Day this year, but also get the events videographed and photographed as “evidence.”
The madrasas in Uttar Pradesh have been organising a flag hoisting ceremony and the recitation of the national anthem every year on Independence Day, but this year, the Yogi Adityanath government wants to include a cultural programme as well to pay tribute to freedom fighters on August 15, according to The Indian Express.

UP Madarsa Shiksha Parishad directs all Madarsas in the state to unfurl national flag and recite national anthem on August 15 pic.twitter.com/rZr44e1YXl

There are around 8,000 madrasas in the state that are recognised by the parishad. Among these, 560 are fully aided by the state.
According to the circular, flag hoisting will take place at 8am on Independence Day, followed by National Anthem. At 8:10, a tribute will be paid to martyrs that will be followed by cultural programmes. The videos of the programme would be sent to the district minority officer.
Sources said the decision to videograph the events was taken after allegations that some madrassas didn't follow procedures on previous Independence Day celebrations.
“Videography will be done so that videos of the best programmes could be played in madrasas and students could take inspiration from them… The best cultural programmes will be replicated in other madrasas in the future,”  said minority welfare Mmnister Laxmi Narain Chaudhary told The Indian Express.
"Madrasas and thir teachers have made valuable contribution in India's freedom struggle. In spite of this, it is unfortunate and condemnable that we are being treated with suspicion," Haji Syed Tahwar Hussain, manager of Madrasa Arabia in Gorakhpur, told CNN-News18.
Hafiz Nazre Azalm Qadri, general secretary of All India Teachers Association Madrasa Arabia, Gorakhpur branch, told The Indian Express: "It is a fact that teachings of patriotism and brotherhood are taught in the madrasaas. Grand programmes are organised during national festivals, but the way the guidelines have been issued raises question on the intention of the administration."