On Sunday evening, Vajiralongkorn was carried on a golden palanquin in a spectacular 6 1/2-hour procession through Bangkok's historic quarter. 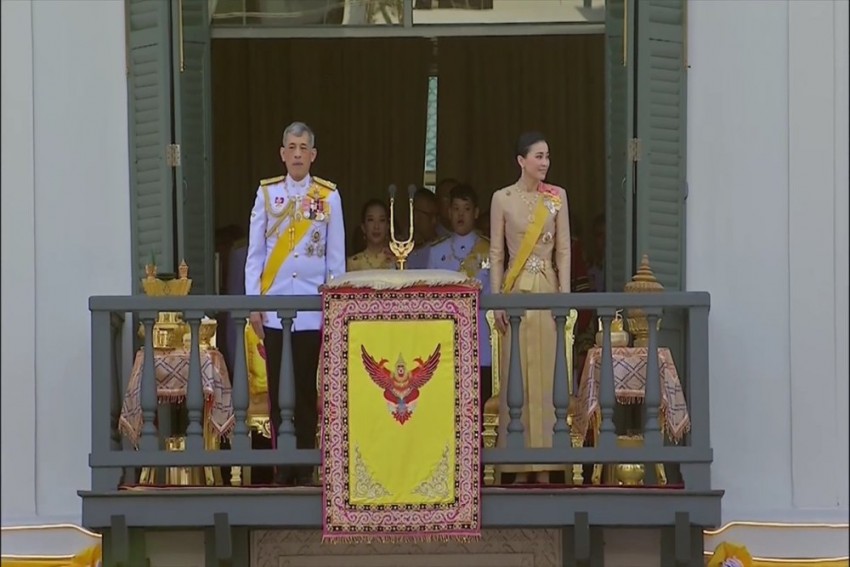 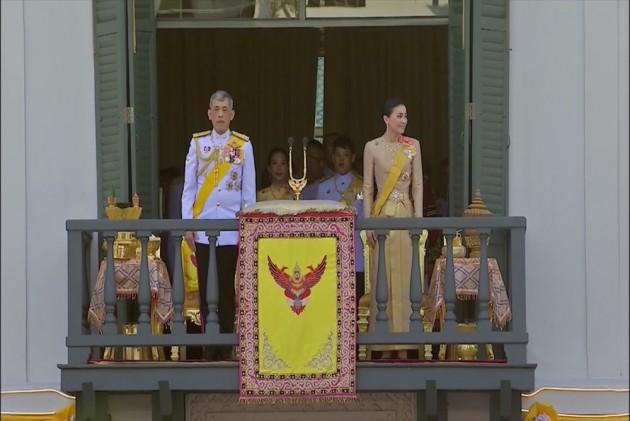 Thousands of Thais gathered around Bangkok's Grand Palace on Monday, in hopes of getting a glimpse of King Maha Vajiralongkorn, as he wraps up three days of coronation ceremonies with appearances before the public and the diplomatic corps.

Vajiralongkorn succeeded to the throne after the 2016 death of his father, King Bhumibol Adulyadej, who reigned for seven decades, but it wasn't until Saturday's formal coronation, that he was established as full-fledged monarch with complete regal powers based on the Southeast Asian nation's traditions.

People began lining up early Monday so they could be scanned by a metal detector and get close to the throne hall balcony, where the king was later to appear. Large video screens were placed nearby so those unable to make their way to the front could watch the proceedings.

It was not certain whether the king would speak. The diplomats were to have an audience with the king afterwards.

Though Thailand has had a constitutional monarchy since 1932 when a revolution ended absolute rule by kings, the country's monarchs are regarded as almost divine and have been seen as a unifying presence in a country, that has seen regular bouts of political instability as it rotates between elected governments and military rule.

The king and other top royals are protected by one of the world's strictest lese majeste laws, which makes criticism of them punishable by up to 15 years in prison.

As the crowd waited Monday in the blazing tropical heat, some broke into cheers whenever a passing cloud blocked the sun.

"Today, our family of 13 people came here out of loyalty to the king," said Utain Sanggun, a Bangkok resident who was lined up Monday for a souvenir pin and royal logo cap.

"We are so happy. Yesterday, we waited until midnight to send off His Majesty. It was such an impressive image that I shed tears," he added.

On Sunday evening, Vajiralongkorn was carried on a golden palanquin in a spectacular 6 1/2-hour procession through Bangkok's historic quarter. His wife, Queen Suthida, and eldest daughter, Princess Bajrakitiyabha, marched alongside.

Vajiralongkorn is also known as King Rama X, because he is the tenth king in the Chakri dynasty, which began in 1782. His coronation has involved a series of elaborate, centuries-old rituals rooted in Buddhist and Brahmanic traditions.

The coronation proceedings have been broadcast live on all television networks, allowing viewers a rare glimpse of historic royal rituals and interactions among members of the royal family.

A final coronation celebration will be held around late October when there will be a royal barge procession on Bangkok's Chao Phraya River.