Home  »  Website  »  International  »  Where Is Amer Village? It's Where The Ship Got Stuck At Suez Canal

Where Is Amer Village? It's Where The Ship Got Stuck At Suez Canal

Last week, Amer village was suddenly thrust into the limelight after a massive container ship, the Ever Given, got stuck nearby 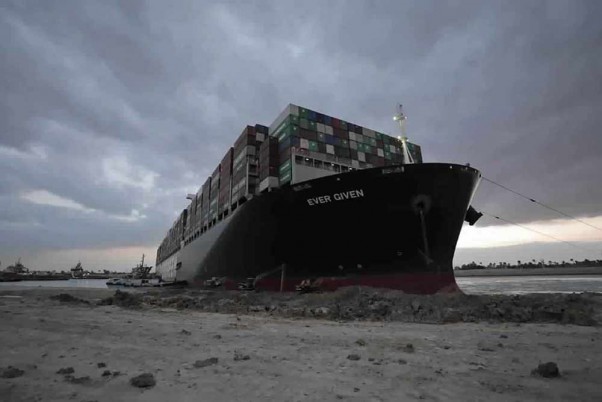 The sleepy farming village of Amer overlooks the Suez Canal, one of the world's most important waterways. Last week, the village was suddenly thrust into the limelight after a massive container ship, the Ever Given, got stuck nearby.

The contrast between tranquil village life and the busy artery of global shipping is stark.

Farmers in Amer eke out a living tending to small fields and livestock, while before them pass behemoths of world trade — vessels carrying millions of dollars worth of cargo.

But the canal is also a source of intense pride for residents of the area, including the nearby town of Suez. They call it “our canal” and the older ones still remember then-President Gamal Abdel Nasser's decision in 1956 to nationalise the canal despite fierce pressure from Western powers.

“I was five or six years old, celebrations were everywhere,” said Abdel-Wahab, 71, who works as a waiter in Suez. “It was like you freed your son who was taken against your will."

The village, along with other areas along the western bank of the canal, was abandoned during the 1967 Mideast war and its residents were only allowed to return in the 1970s.

They are now rooting for canal authorities as they battle to dislodge the vessel.

It was a windy morning when the Ever Given — one of the world's largest container ships — got wedged sideways in a single-lane stretch of the canal last Tuesday.

Amer resident Fatima was feeding poultry on the roof of her three-story home when she saw the massive ship sitting motionless in the canal. At first, she didn't think it was unusual.

“Sometimes, one vessel stops for a reason or another,” the elderly woman said Sunday, Dressed in a dark blue jalabiya, or traditional loose-fitting garment, she was sitting at the gate of her house with a neighbour. The women were chatting and drinking tea.

Like other villagers, they did not want to give their full names for fear of getting in trouble with the authorities who have restricted media access to the area.

Almost a week after the accident, tug boats and dredgers, taking advantage of high tides, partially floated the Ever Given on Monday, but it remains unclear how long it would take to set it free.

The pointed bow of the Panama-flagged, Japanese-owned vessel remains stuck on sandy clay along the canal bank. Experts said that despite the partial success, the worst option — having to remove containers from the vessel to lighten the load — is not yet off the table.

The giant ship carries some 20,000 containers. Taking them off would likely add even more days to the canal's closure, further disrupting a global shipping network. A prolonged closure would cause delays in the global shipment chain. The canal handles some 10% of the world trade flow. Last year, some 19,000 vessels passed through it, according to official figures.

The closure could affect oil and gas shipments to Europe from the Middle East. Already, Syria has begun rationing the distribution of fuel in the war-torn country because of delayed shipments.

Over the past week, the salvage efforts have been the main topic of conversation in Amer, home to several thousand people who grow clover and cabbage and tend to water buffaloes, cows, goats and sheep.

“We have not seen anything like that before,” Abdel-Wahab, the waiter, said of the Ever Given's misfortune.

Journalists have been visiting the village, in part to get a better view of the vessel.

“For sure, you're coming for the ship,” whispered a farmer to a reporter. His donkey cart was sitting in the middle of a narrow road just a few dozen meters (yards) from the vessel.

“It's there, standing like the mountain,” said another man when asked how to get closer to the ship.

Villager Mohammed Said, 72, who works in Suez as a garbage collector, said the grounding of the Ever Given is unique in the canal's history, and that he hopes the vessel can be dislodged quickly.

“It's a tragedy impacting not only Egypt but the whole world," he said.