The Purchasing Managers Index -- which measures the health of the private sector -- dropped to 39.3 in October, its worst reading since 2008 during the global financial crisis, heaping fresh misery on the unrest-plagued city. 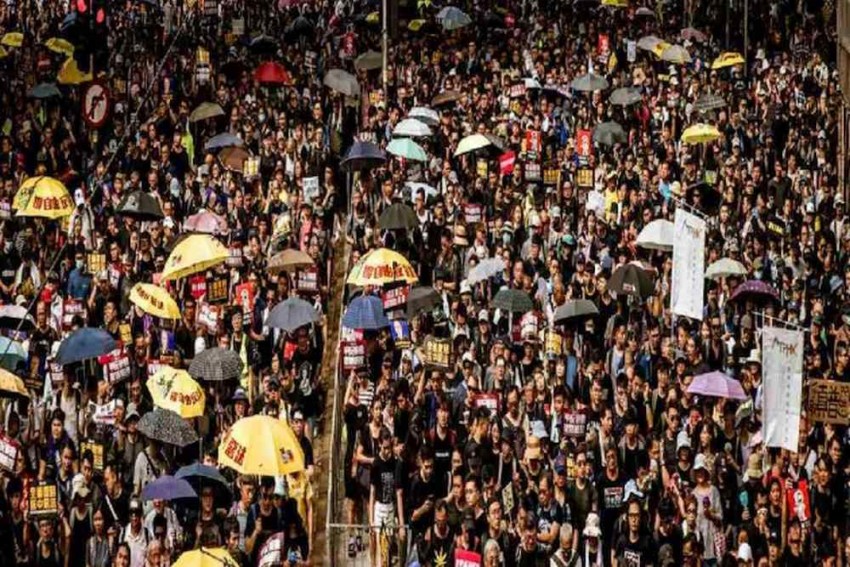 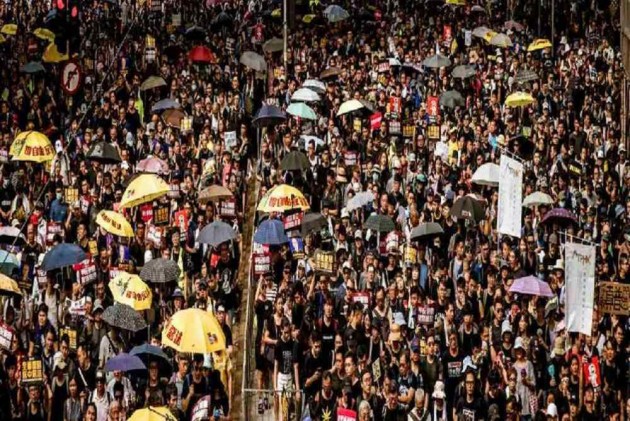 Hong Kong's economic woes showed no sign of easing Wednesday after a key measure of business confidence fell to its lowest level in more than a decade as the city reels from the global trade war and violent democracy protests.

The Purchasing Managers Index -- which measures the health of the private sector -- dropped to 39.3 in October, its worst reading since 2008 during the global financial crisis, heaping fresh misery on the unrest-plagued city.

The international finance has been plunged into a recession by the fallout from the China-US trade war and five months of seething pro-democracy protests that Beijing has taken a hardline approach against.

IHS Markit, which surveys around 400 private companies to build the PMI dataset, said business activity was now falling at its fastest rate on record. The latest reading is well below the 50 level that separates growth from contraction and is also sharply down from the 41.5 seen in September.

"The ongoing political unrest and impact of trade tensions saw business activity fall at the sharpest pace since the survey started over 21 years ago," Bernard Aw, principal economist at IHS Markit, wrote.

"Anecdotal evidence revealed that the retail and tourism sectors remained particularly affected." Aw added the city was experiencing a record decline in demand from mainland China.

Hong Kong's economy was already facing strong headwinds at the start of 2019 as it was hit by the trade war, battering a city that is hugely reliant on the world's two largest economies.

In the first quarter the city was growing at a lacklustre 0.6 per cent.

But the protests that erupted in June only made matters worse.

Figures released by the government last week showed gross domestic product shrank 3.2 per cent in the third quarter compared with the previous three months, when it saw a 0.4 per cent drop.

That means the city is experiencing a technical recession, with two back-to-back periods of contraction.

It is the first time the city has witnessed a recession since early 2009 at the height of the financial crisis.

Last month Financial Secretary Paul Chan warned it was "very likely" the city would end the year in a full-blown recession.

Overseas visitors have fallen by as much as 40 per cent, especially from mainland China, which accounts for 80 percent of the city's tourists.

Retail figures have tumbled around a fifth for August and September.

This summer's protests were initially sparked by a now-abandoned plan to allow extraditions to the mainland with millions hitting the streets.

As Beijing and local leaders dug in the protests snowballed into a wider movement calling for greater democracy and police accountability with violence by both protesters and police increasing with each passing month.

Beijing appears determined to wait out protests, despite 22 consecutive weeks of rallies, and has signalled it plans to assert more control over the restless city rather than give concessions.