Biden Inauguration: Security Beefed Up At Washington Amid Concerns Over Violent Protests

Even as Washington begins to resemble an armed camp, with more than 25,000 Guard Troops due in the city by early next week, concerns about violence at state capitals has grown. 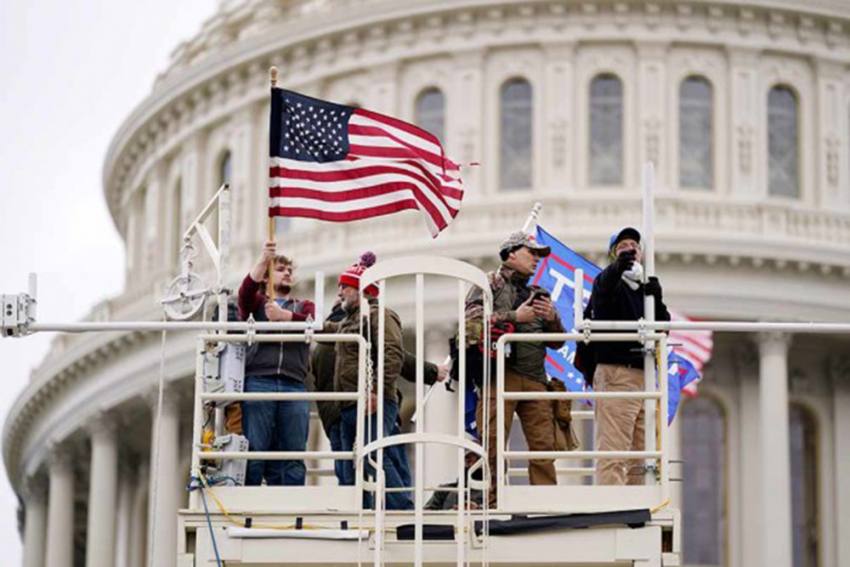 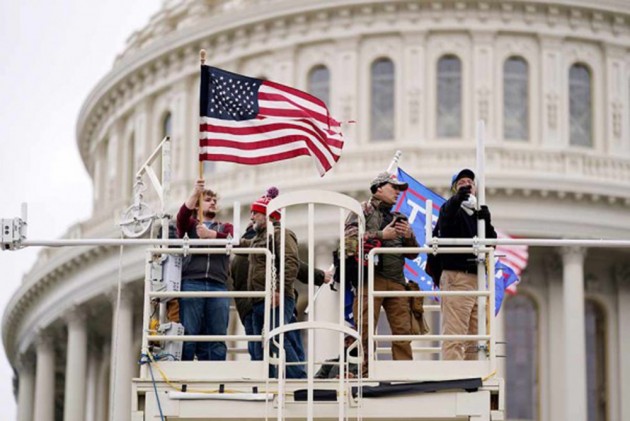 By the busload and planeload, National Guard troops were pouring into the US capital on Saturday, as governors answered the urgent pleas of defence officials for more troops to help safeguard Washington even as they keep anxious eyes on possible violent protests in their own states.

Military leaders spent chunks of Thursday evening and Friday calling states in an unprecedented appeal for more National Guard troops to help lockdown much of the city in the days before President-elect Joe Biden's inauguration.

In dribs and drabs, governors responded, some agreeing to send an extra dozen, 100 or even 1,000, while others said no.

The calls reflect fears that violent extremist groups are targeting the city in the wake of the deadly insurrection at the U.S. Capitol on January 6. The threats range from armed insurgents to possible attempts to plant explosive devices at so-called soft targets.

But as Washington begins to resemble an armed camp, with more than 25,000 Guard due in the city by early next week, concerns about violence at state capitals has grown.

Oregon Gov. Kate Brown said she turned down the federal request to send at least 100 more National Guard troops to D.C. “I didn't think that we could safely fill that commitment,” Brown said. Oregon has already agreed to send 30 to Washington, but state leaders are worried about violence at the state capitol in Salem.

Others agreed, setting off a dizzying torrent of military flights and convoys into the region.

“The peaceful transfer of power is a central tenet of American democracy, and Connecticut stands ready to aid in the protection of our country.” said Connecticut Gov. Ned Lamont, who had initially approved sending 100 Guard and on Friday agreed to send 200 more.

All told, more than 130 U.S. Air Guard flights in the past 72 hours have carried at least 7,000 Guard troops to Joint Base Andrews in Maryland, according to U.S. officials, who spoke on condition of anonymity to discuss internal numbers. Thousands more are in buses and military trucks, thundering up highways toward Washington.

Army Gen. Dan Hokanson, chief of the National Guard Bureau, called adjutants general around the country, and others, such as Army Secretary Ryan McCarthy, called governors to seek help. McCarthy praised the states, saying defence and military officials are keenly aware of the threats they also are facing.

“The governors and the TAGs have been great. They helped us a lot,” McCarthy told The Associated Press. “That's the thing — that in the midst of a really horrible situation you're seeing the greatness of this country, everybody coming together and help each other get through this.”

What began in early January as a routine deployment of about 350 members of the D.C. National Guard to help with expected protests exploded over the past two weeks into a vastly greater operation to protect the inauguration and the U.S. Capitol, and to shut down access to the city and many of its historical monuments.

As protesters stampeded their way into the Capitol on January 6, only a bit more than 100 National Guard were scattered around the city, guarding checkpoints and Metro entrances. Hours later, five people were dead, the Capitol was in shambles and all 1,100 of D.C.'s Guard had been activated.

By the next day, as information came in about more violence being planned, requests went out for 6,200 Guard members from the surrounding states.

By Thursday night, as law enforcement and defence officials poured over maps and staged security drills, they concluded they would need at least 25,000 to adequately lock down the Capitol grounds and a wide swath of D.C., including the National Mall. And they agreed that the bulk of those Guard will be armed.

At that point, the new round of calls to the state governors and military leaders began.
Many governors were willing to help, but they made it clear that their own state capitals were their priority. Some agreed to send more, while others couldn't. And the numbers varied widely.

Pennsylvania Gov. Tom Wolf doubled his initial commitment of 1,000 to 2,000. Other states were able to scrape up an additional dozen.

After reviewing the threats to its own state, Minnesota decided it could significantly increase its contribution and will send 850 Guard rather than the 130 initially tapped to go, according to the state's adjutant general, Maj. Gen. Shawn Manke.

Ohio Gov. Mike DeWine had already agreed to send 700. On Friday, he announced he'd be sending 300 more — even as he ordered nearly 600 to secure the Ohio statehouse in Columbus.

The vast military response comes as Congress and law enforcement authorities are trying to figure out how the U.S. Capitol was overrun so dramatically on Jan. 6.

Leaders of four committees in the Democratic-controlled House sent a letter Saturday requesting briefings and documents from the FBI and other federal agencies as part of their review of the insurrection.

The appeals for more of America's citizen soldiers also underscore the Pentagon's limits on the use of active-duty troops. Under the law, they can't be used for law enforcement, and officials are intent on avoiding the appearance of armed active-duty forces being used against U.S. citizens on American soil.

Active-duty forces are routinely prepared to respond to emergencies in Washington, such as flight violations in restricted airspace over D.C., and a quick reaction force is always on standby. Other active-duty units will take part in various inaugural ceremonies.

A Moment Of Reckoning For Tech Giants