Over 600,000 security personnel including several thousand soldiers and paramilitary border guards were deployed across the country to help conduct the election in which 10.41 crore people were eligible to vote. 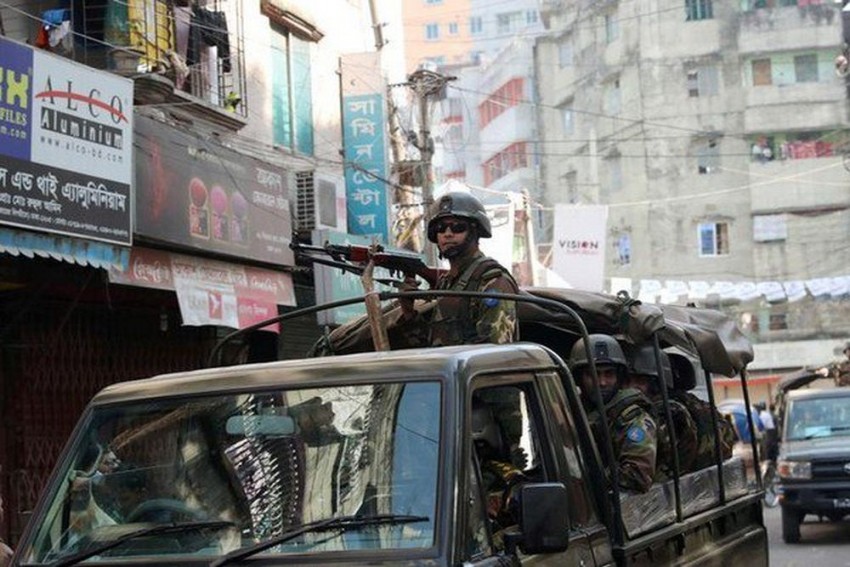 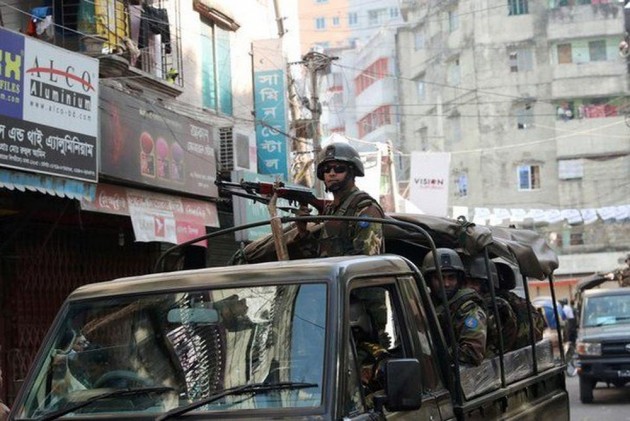 Voting in a tense election to choose a new government in Bangladesh ended on Sunday with at least 13 people being killed in poll-related violence amid allegations of manipulations by the ruling Awami League led by Prime Minister Sheikh Hasina.

According to the Election Commission, 1,848 candidates are contesting for 299 out of 300 Parliament seats. The polls are being held at 40,183 polling stations. Voting was suspended in one seat due to the death of a candidate.

While Hasina is seeking re-election for a fourth term as the prime minister, her rival ex-premier and Bangladesh Nationalist Party (BNP) chief Khalida Zia, who is reportedly partially paralysed, faces an uncertain future in a Dhaka jail.

The voting started at 8 AM (local time) and ended at 4 PM.

"The eight-hour long voting has ended as per schedule...preparedness are underway to start the counting," an Election Commission (EC) spokesman said.

The unofficial results were expected by Monday morning which would be announced by the commission headquarters in the capital, he said.

The EC officials said they have received over a hundred complaints from candidates throughout the country amid reports that violence killed 12 activists and a security personnel during the voting. Dozens were injured in the poll-related violence. The build-up to the elections has already been marred by violence.

At least 13 people, including a member of law enforcement agency, have been killed in eight districts in poll-related violence, the Daily Star newspaper reported.

The media reports said that five of the dead were ruling party activists while others were mostly workers of BNP or its allies.

Prime Minister Sheikh Hasina appeared as the first voter in Dhaka centre from where her nephew and party candidate Fazle Nur Taposh was a contender.

"I'm always confident about our victory in the elections... I trust my people and I know that they will choose us so that they can get a better life in future," she said after casting her vote.

Schools and colleges across Bangladesh were turned into makeshift polling centres for the day while people had begun to line up to cast their vote even before the election opened.

At least 10 candidates - mostly BNP nominees - announced to stay off the polls alleging that their agents were ousted from polling centres by the ruling party workers.

BNP's Ruhul Kabir Rizvi alleged that polling centres are being occupied across the country, the party's agents are being driven out and that its supporters and activists are facing violence.

"From the picture we have received, this is a violent election. We are seeing a one-sided election environment conducted at the whims of the government. This paints a clear picture that they want to ensure a favourable result through a one-sided contest," Rizvi told a media briefing at the party office.

BNP secretary general Mirza Fakhrul Islam Alamgir told the media from his northwestern Thakurgaon constituency that some of their candidates stayed off the vote in their "personal decisions" but "we will announce our party stance at 4 PM when the voting will end".

No announcement, however, came yet despite the voting hours ended.

Veteran lawyer Kamal Hossain, who leads main opposition alliance National Unity Front (NUF) with BNP being its key partner, however, said "the overall environment is not bad" with huge turnout of voters.

"But every minute I receive calls saying ‘Kamal Bhai (brother), it has already happened overnight. It began in the evening. I have gotten so many reports. These reports are concerning. It’s sad and shameful," he said.

Over 600,000 security personnel including several thousand soldiers and paramilitary border guards were deployed across the country to help conduct the election in which 10.41 crore people were eligible to vote.

According to the eyewitnesses, posters bearing the ruling party’s "boat" symbol outnumbered those of the main opposition’s "sheaf of paddy".

BNP earlier said intimidation and police harassment kept their activists away from the campaign and polling process.

"Barring some unwanted incidents, the polling so far was smooth and peaceful...We could tell you at the end of the day if the election was participatory," Chief Election Commissioner Nurul Huda told reporters.

Meanwhile, Bangladesh's private Jamuna TV has been taken off the air.

Channel's chief news editor Fahim Ahmed said private cable operators stopped broadcasting their transmission without giving any reason and "so no one in Bangladesh now can see our channel due to the blackout."

An online newspaper quoting cable operators, however, reported that they stopped Jamuna’s broadcast due to technical glitches as "we are not getting their signal".

The channel is owned by an independent candidate in the polls with an influential businessman from the ruling party being her rival.

The 11th parliamentary poll is the first fully competitive general election in a decade since 2008 while it is widely expected to be won by the Awami League of Hasina, who is likely to be the country's first premier for the fourth terms.

Zia, serving a 10-year prison term on graft charges, has been barred from contesting the polls while her son Tarique Rahman is living in London in self exile.