His appetite for the game and intensity continues to amaze fans and followers. 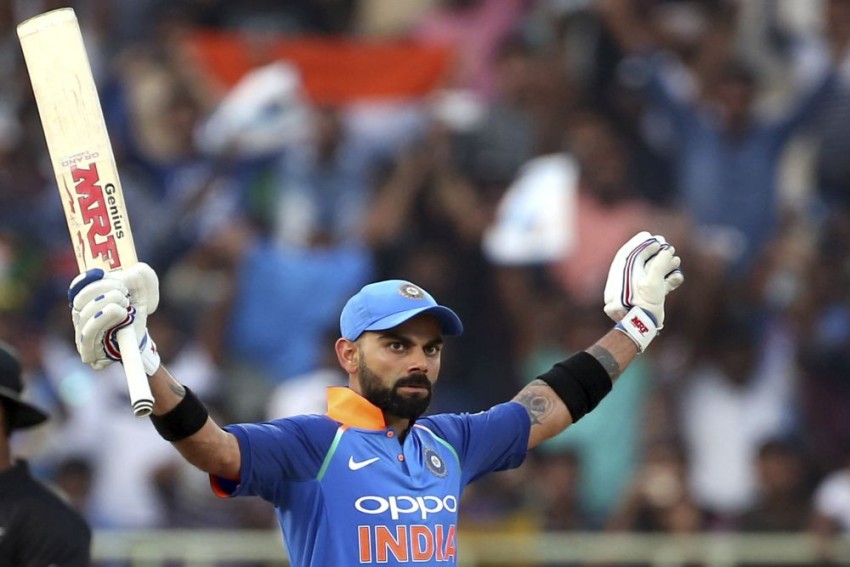 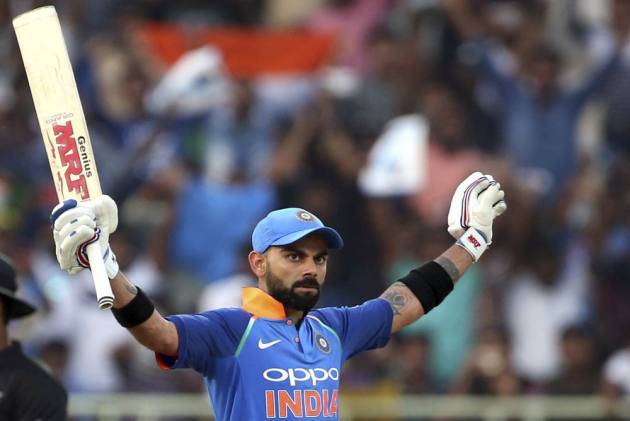 Fed on select and expensive salmon and lamb chops, besides other healthy food, Virat Kohli has been ‘eating up’ all that the various opposing teams have been throwing at him. And he refuses to gift his wicket away, even if the opposition is like the weak West Indies team, which could hardly be as motivating for some players as some strong sides. That the Caribbean is no match for India is starkly exhibited in the ongoing ODI series – and before that it succumbed meekly in the Test series.

But Kohli, back in the team as captain after the selectors rested him for the Asia Cup following a successful England tour (albeit individually), is relentless. On Wednesday, the Delhi batsman broke a few records on his way to a brilliant 129-ball unbeaten 157 in the second ODI in Visakhapatnam to show that his hunger for runs had not diminished one bit. One of the prominent records he shattered was that of his hero Sachin Tendulkar. The batting legend was the quickest to 10,000 ODI runs, scored in 259 innings, in 2001. For 17 years he held on to the record. On Wednesday, Kohli scored the 10,000th in his 205th innings, 54 less than Tendulkar.

Kohli’s consistency seems to come from his intensity on the field. Besides, he is very talented, focussed, works hard on polishing/improving his game, and is fit as a fiddle. All these attributes make him the leading batsman of the world at the moment and one of the all-time greats.

For some players, it is difficult to motivate when they are up against weak oppositions. Some players admit to this while others choose to be diplomatically silent on the issue. But the opposing team’s strength, or the lack of it, seems to make no difference to Kohli as he goes about scoring runs almost nonchalantly. He proved this yet again at Dr. YS Rajasekhara Reddy Cricket Stadium in Visakhapatnam on Wednesday.

Since Kohli is a pure batsman – he hardly bowls – he can probably go on till 40. Of course, that is possible, provided his penchant for runs remains unsatiated, he remains injury free, and the future selectors continue to keep faith and trust in him like their predecessors. Here, Kohli can take motivation from Pakistani batting stalwarts Younis Khan and Mishbah-ul-Haq, who at the time retirement in May last year were 43 and 39 respectively. And ageless Sri Lankan spinner Rangana Herath, the most successful left-arm bowler in Test history with 430 wickets, continues to play after crossing 40; he will after the first Test against England in Galle, starting on November 6.

Apart from remaining focussed on his top priority, i.e. batting, Kohli pays a lot of attention to his food and his fitness, which helps him run those runs briskly and field like a cheetah in the outfield. All those hours spent in the gymnasium can come to nought if a player doesn’t care about the food.

Kohli eats a lot of fish and lamb chops, besides other rich and healthy food, and is even particular about the quality of water he drinks. For example, during the 2014 Asia Cup in Dhaka, he would go for some of the best varieties of fish and lamb chops imported from countries like Norway, New Zealand and the United States and water imported from France. He has given up on certain food that would appeal the taste buds, just to remain in peak fitness for the cut throat competition at the top. And one doesn’t see him dropping his guard in future as well.