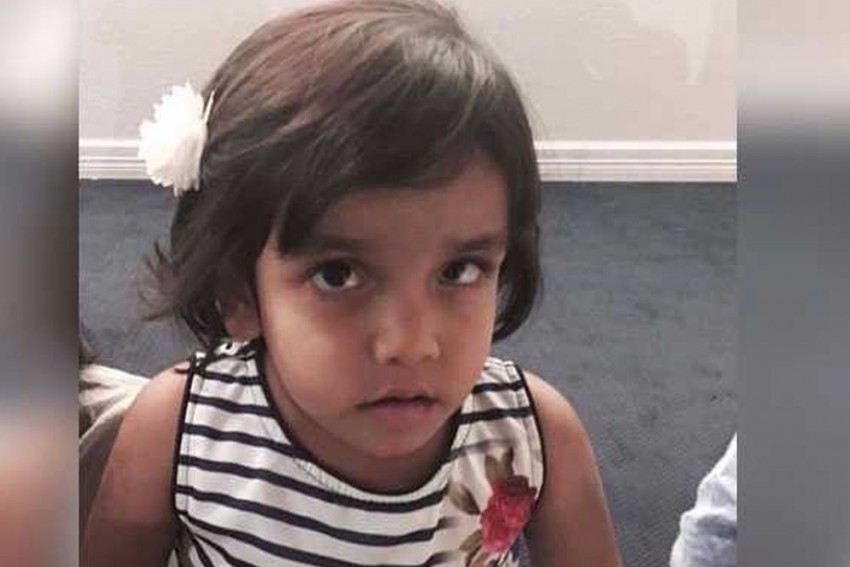 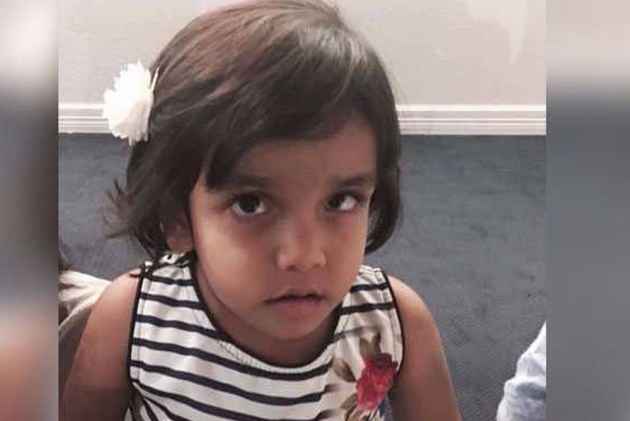 Police in the US on Monday discovered the body of a child, which they say is "most likely" of a three-year-old Indian girl who went missing two weeks ago.

Sherin Mathews, who has developmental issues and limited verbal communication skills, was last seen outside her family's backyard in Richardson city in Texas on October 7 after her foster father reportedly upbraided her and sent her alone outside late at night as punishment for not finishing her milk.

The Richardson Police announced that they discovered the remains of a child in a tunnel beneath a road, expressing apprehension that it was "most likely" of Sherin. They, however, did not confirm the identity.

Sherin's body was found about half a mile from the house of her adoptive parents Wesley and Sini Mathews.

As part of their search operation, officers blocked off an area near Spring Valley and Bowser roads, east of Central Expressway.

The body was found in a culvert beneath a road around 11 AM (local time) with the help of search dogs. Police have not released any details about how the child died.

They, however, indicated they had no reason to believe that the body of a different child had been found. The identification process was underway. The medical examiner was working to determine the cause of death.

The child's foster father, Wesley Mathews, 37, was arrested on a charge of abandoning or endangering a child. A day later, he was released from custody after posting $250,000 bond.

As per an arrest-warrant affidavit, Mathews, said to be from Kerala, told police that he sent Sherin outside and told her to stand next to a large tree at around 3am October 7.

Mathews admitted to police that he knew coyotes or wild dogs had been seen in the alley, the affidavit said.

Some 15 minutes later, Mathews allegedly went to check on Sherin but did not find her.

After looking around for her, he said he then went inside to do laundry and decided to wait until morning to continue searching or for her to return on her own, police sergeant Kevin Perlich said.

Police were not alerted to her disappearance until about five hours later.

The Mathews reportedly adopted the girl two years ago from an Indian orphanage.

"We are deeply concerned about the missing child. Indian Embassy in US is actively involved and they keep me informed," Swaraj tweeted on October 19.

"We are closely monitoring the Sherin Mathews case. We have established contact with the community and authorities," India's Consul General in Houston, Anupam Ray had tweeted.

Parents Of Missing Indian Toddler In US Want Other Child Back: Report