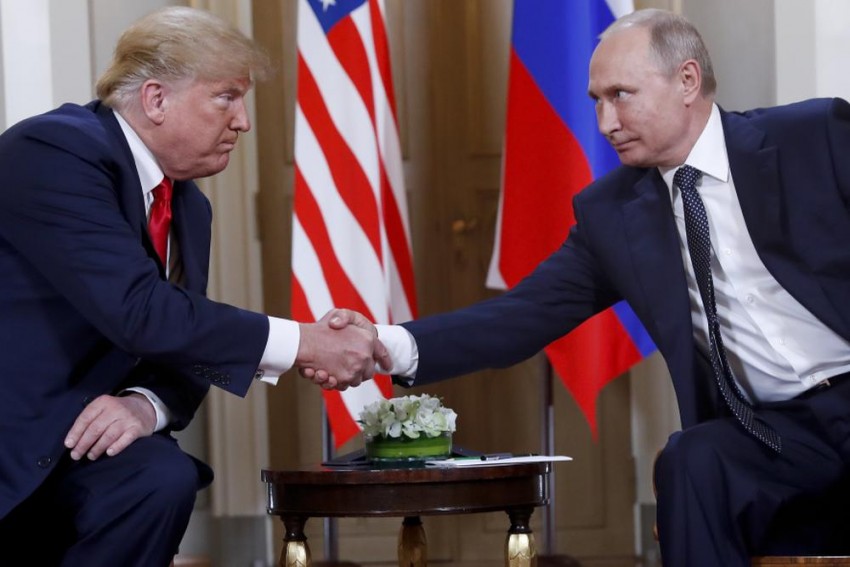 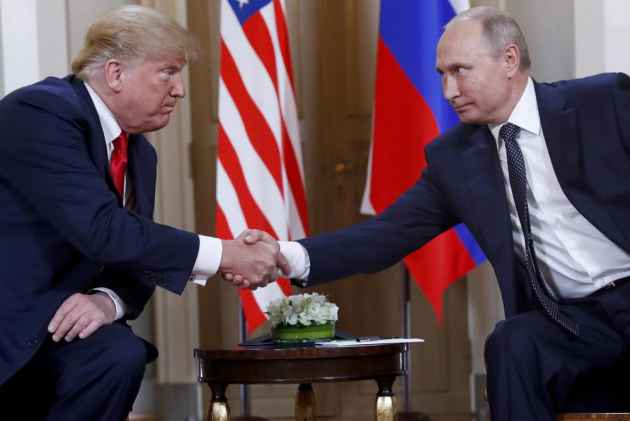 United States President Donald Trump on Tuesday said the summit with his Russian counterpart Vladimir Putin was "better" than his meeting with NATO allies earlier this month.

Taking to his official Twitter account, Trump said, "While I had a great meeting with NATO, raising vast amounts of money, I had an even better meeting with Vladimir Putin of Russia. Sadly, it is not being reported that way - the Fake News is going Crazy!"

In a separate tweet, he said that US' NATO allies had increased their military spending only because of him, stating that it used to be "weak", but now it was "strong again".

" I had a great meeting with NATO. They have paid $33 Billion more and will pay hundreds of Billions of Dollars more in the future, only because of me. NATO was weak, but now it is strong again (bad for Russia). The media only says I was rude to leaders, never mentions the money!" Trump tweeted.

The tweets come in the wake of the massive backlash Trump faced for his siding with Putin during Monday's joint presser at the Finnish Presidential Palace, where Trump endorsed Putin's stance on Russia's non-involvement in the 2016 US Presidential election.

He also repeatedly brought up the Democratic National Committee's email server and Hillary Clinton's emails, when asked if he would rather trust Putin or almost all the US Intelligence agencies, who concluded that Russia did, in fact, meddle with the 2016 elections.

I response, former CIA Director John Brennan had said that Trump's comments were "nothing short of treasonous."

According to CNN, Trump had also received flak for his criticisms of NATO allies, when he pushed them at the NATO summit in Brussels to enhance their military spending from two to four percent of their Gross Domestic Product (GDP).

US Considering Direct Talks With Taliban