Those defending tolerance and communal peace are now presented as the dominant sections oppressing 'Hindus in their own land'. 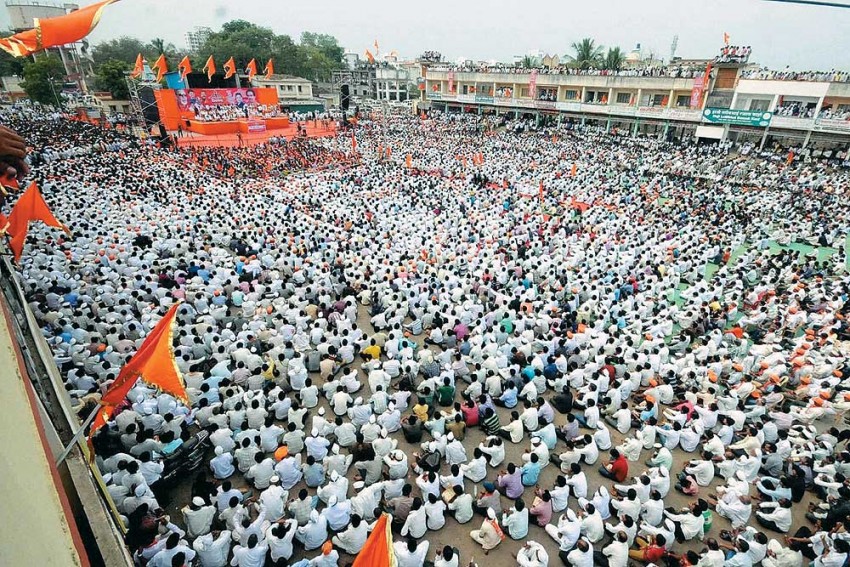 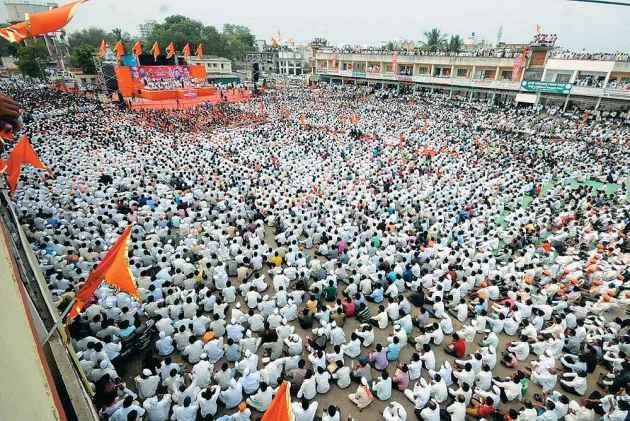 The tolerance debate has ignored something very crucial: itself. It lacks self-reflection. But let us note first one consequence of tolerance as a symptom: it has made intolerance a winning card in Indian politics. Intolerance and communal polarisation are old tricks in the Indian electoral game that you would avoid at your own peril. After each high of intolerance, communal polarisation and even genocide (1984, 2002), the concerned party wins. Congress post-1984, BJP post-2002 in Gujarat and again BJP post-2013 (Muzaffarnagar), with Modi as Prime Minister.

If you want to be counted in Indian politics then you better engage in intolerance — the last thing you want to do is then get cowed down by the award-wapsi intellectuals and writers who as Shekhar Kapur pointed out comprise .00001 per cent of the population and are like an elitist arrogant club!

The upshot: it feels like somewhere the majority of the Indian population and their predilections do not clash with 'rising intolerance' and that it’s the progressives who are cut off from this grim ground reality. How did this come to pass?

Let's cut to the emergence of the embodiment of intolerance in India: the Shiv Sena. There was a time in 1960s and 1970s when the vast majority of working classes in Bombay were with the left. And then came the Shiv Sena which displayed tremendous intolerance and violence and, well, we know the story now, the working classes deserted the tolerant and democratic left! The Sena, then a far smaller force, murdered Krishna Desai, the very popular Communist Party of India (CPI) MLA from Parel (Mumbai), in June 1970. Bal Thackerary, did not just 'claim responsibility' for this action. He hailed his 'boys' for teaching a lesson to the 'lal bhais'.

Here is the thing though: you cannot now 'expose' this violence and intolerance when it is accepted and celebrated openly by the perpetrator, the Sena — but that is precisely what the left wanted to do, against the wishes of many workers who wanted to 'take action', a counter-attack to in turn teach the Sena a lesson. Instead of stopping the emerging monster in its tracks the Left thought it better to expose the intolerance and almost seemed to live off this 'politics of exposure'.

In the subsequent by-election the CPI fielded Krishna Desai's widow Sarojini Desai to gain the sympathy against Sena's intolerance — after all, Krishna Desai was a very popular leader much loved by the workers. Do you think the workers voted against intolerance and violence and chose the 'good values' of tolerance and democracy by voting for Sarojini Desai? No. They sided with Sena and defeated the widow of their very popular leader. Sena gets its first ever MLA and swings huge numbers of workers on its side. This is how India's prominent fountainhead of intolerance comes to political life.

So now what does the Sena do? It sees that intolerance works, and works magnificently. Only a loser will now recoil back to 'good values'. There is of course a sinister logic at work here, from the side of the Sena. But, let us be clear, not from the side of the workers. Not since workers are paragons of virtue, but since they were just siding with the side which could win them economic rights.

It is well depicted in the movie, Aghaat (1985) by Govind Nihalani. The leftist union is in a fix: it does not know how to defend the workers' interests. In the meantime, the Sena union uses violence and intolerance towards the company management and secures rights for the workers. The Left leaders reason: but we are not like 'them', how can we engage in 'such (intolerant) tactics'? The Left remained 'democratic' and 'tolerant' — but it soon lost mass support.

Intolerance as a winning card enters Indian politics on the backs of the Left losing its own credibility, on the backs of the Left and liberals now getting reduced to a tiny club. All this connection to this slice of history is of course lost today. But through displacement and transference, it stills structures the discourse whereby the 'good values' have an affinity with 'elite' and 'privileged'.

As we know, for the workers it was clear that those who defend the values of toleration and democracy do it as a symptom of their inability to put up a fight and win major gains for the workers. Values of toleration and democracy were so much 'good talk' used by Left leaders to hide their weakness or incapacity or, more crucially, their compromised nature — this weakness is then opportunistically presented by the Sena as actually evidence of how these Left leaders are hand in gloves with the management and the establishment.

As a result, Sena could establish itself as anti-establishment and a voice of the marginalised. The Left starts choking on its own democratic values, as elitist and subsequently pro-Congress. This is not to forget that the Congress and the capitalist class aided and abetted the Sena to dismantle Left unions. And yet the left stood more antagonistically opposed to the Sena rather than the Congress, due to Indira Gandhi's pro-Soviet stance, or just some upper caste/bhadralok, barrister-at-law kind of social sensibility which it shared with the Congress elite. The Sena is everything but 'bhadralok' and in fact had a lower caste OBC mass base — Chhagan Bhujbal once being Thackeray's right-hand man.

If on economic issues you have already taken a right-turn, then the people want to go to the real Right Wing which is right-wing in economics and also right-wing in culture: enter forces like Shiv Sena and the BJP. One is reminded of Thomas Frank's argument about why the white working class in the US shifted away from the left-leaning Democratic party: they shifted to the right-wing Republican because the Democratic party no longer stood for them and was right-wing on economic matters. So they shift to the 'real thing': the right-wing Republicans. It is not for no reason then that today the BJP has the biggest trade union and the Sena union is very strong in Mumbai.

The Left, the liberals and intellectuals could now develop their swan song about exposing the intolerance of the Sena and other Hindutva outfits like Bajrang Dal and so on. Films like Ram ke Naam and Father Son and Holy War have this self-congratulatory tone about having exposed how the Hindutva guys are masculinist and intolerant. Then there are sting operations done by progressive journalists to provide evidence about a Babu Bajrangi's intolerance and violence. Then there are court cases being fought to bring these criminals to book with the collected evidence. But to what end?

Only to now defend those 'good values' and secularism even as you reduce yourself to a narrow club, albeit with high morals?

Now the focus shifts: capitalism is not the problem, but liberalism is the problem. The progressive, liberal educated classes are presented as parasitic on the real nation. They are also 'Maoist sympathisers', 'pro-Pakistani', 'anti-Hindu', seeped in decadent western culture and so on. The victim complex — that right from ISI to Bangladeshi refugees to Muslims and Dalits engaging in cow-slaughter to our women wearing short-skirts and becoming a victim of vulgar western culture, to the rise of homosexuality — all these are so many assaults on the poor victimised Mother India! Add to this the destruction of our temples wrought by Tipu Sultan and the Muslim rulers: isn't it because of this onslaught that our women who were otherwise living freely had to adopt purdah and practice sati?

Once such a pernicious discourse takes root, it is self-serving. The dominant sections, the Hindu nation, can now act as the victim. Those defending tolerance and communal peace are now presented as the dominant sections oppressing 'Hindus in their own land'. While the right-wing discourse and even the mainstream media is of course so pernicious, one cannot however forget that the toleration our intellectuals talk about is also only a symptom of the hollowness of the progressive cause.

Toleration then must be understood as a symptom and has nothing to do with the actual virtue of toleration, respect and so on. In this sense, tolerance is the virtue of the loser, a virtue of the deracinated intellectual who has lost touch not just with real revolutionary struggle for social transformation but also with routine electoral politics and its games.