'The True Underbelly Is Left Unquestioned'

'Anil Khanna has enjoyed the rift between Leander and me as no other. He has re-defined the term divide and rule and at this year’s Olympics, used Leander's shoulder to fire the gun against me multiple times' 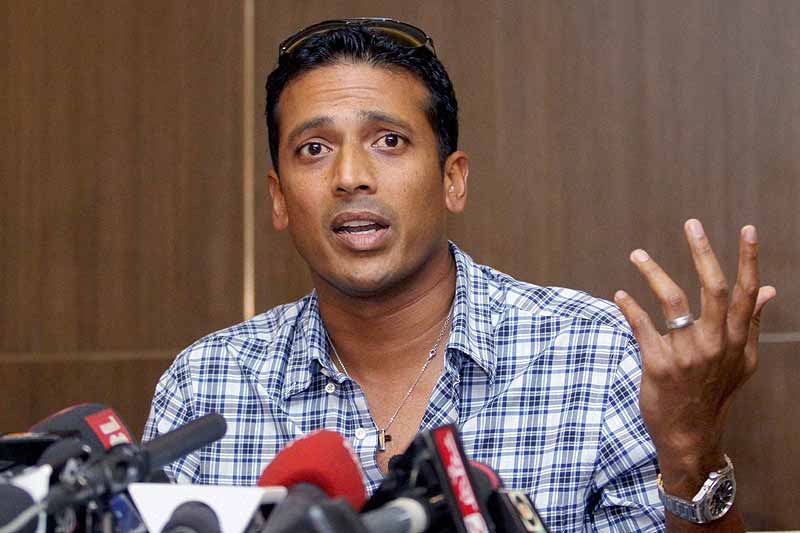 Thank you all for coming, over the last 2 days I have repeatedly been asked to make a statement regarding the ban/disciplinary action taken against Rohan [Bopanna] and me by the AITA. I refrained from saying anything in haste, as I did not want my response to be coming from an angry frame of mind.

In the 18 years that I have represented India my integrity and patriotism has never been questioned, hence I have called this press conference today after much thought and with an agenda to share a sequence of events that should bring to light facts that I believe you are unaware of, and with an intent to stand up against what I believe strongly is detrimental administration for the growth of tennis in India.

With regard to the Olympic tennis fiasco, I have attached with this statement a trail of correspondence between Rohan, myself and the AITA from the beginning of this year, which shows how we did everything to reach out to them to make sure the process was transparent from the very beginning. From the correspondence you will clearly see how the Association was sympathetic early on in their communication, promising to take the input of all the players concerned but then, when there were two weeks to go till the deadline, started acting unilaterally without ever giving us a proper explanation.

I am not here to list my achievements. Rather, I am here to detail episodes of the personal vendetta the AITA and its dictatorial rule have carried out against me over the last decade.Tennis has given me everything I am today and by god’s grace I am able to give back a lot to my sport, be it running tennis events, building tennis courts, raising money for talented kids and even opening academies across the country. However, at every step of the way the establishment has put a spokes in the wheel. So much so that they changed the constitution to make sure we are not able to run any event in India without them being a part of it.

Over the years, funding for programs that I had started to train elite juniors becoming champions was suddenly shunned and multiple roadblocks were created for the kids themselves. I can go on and on with instances but I was willing to deal with all these hurdles along the way on the pretext that the cream will always rise to the top. A lot of the times kids from our program were not given entries but despite all this even today the best junior in the country is Sumit Nagal who comes from our stable.

It has got to the point where nothing they do or say surprises me anymore. As far as that establishment goes I have become thick skinned. Tennis is in my blood and I will continue to do what I can for the sport in the country and if I have to prove myself from scratch again I will. When they crossed the line and imposed this ban on us a few days ago, I could no longer continue to sit and let it pass like I did all these years. My family have spent everything they had and given everything they have to get me to where I am today and at the twilight of my career to face a ban from playing for the county and termed a traitor is unacceptable to me.

Anil Khanna has enjoyed the rift between Leander and me as no other. He has re-defined the term divide and rule and at this year’s Olympics, used Leander's shoulder to fire the gun against me multiple times. Unfortunately the media terms this a Bhupathi-Paes rift and the true underbelly is left unquestioned.

If I am to stand trial after what I have achieved in my sport over the last 18 years, I am willing to, but I need to know who will ask the establishment questions?

Over 80 percent of members of the executive committee have sat there for close to twenty years if not more and they are yet to produce one professional tennis player. The Krishnans,the Amritrajs, Zeeshan, Leander, Sania, Rohan, Somdev, Yuki and even Sumit have not benefited from their system. Yet they continue to hold their positions and go about their jobs in the name of Indian tennis. Over the past few days I have got calls from the Indian tennis fraternity all over the world sympathizing against the Associations actions, each one of them continue to have their story of challenges to tell about the AITA. The association has taken full advantage of the situation knowing that we as players have no authority to question them or to make any stand in our defense. It seems that I have no choice left but to accept this ban and since all of you today are willing to hear what I have to say I will use this platform to ask who has the authority to take this association to task? Either way I am certain every one in the tennis and sports fraternity, past, present and future will be proud of the step I have taken today.

To conclude, I do feel really bad for my friend and partner Rohan who has been caught in the cross fire of dirty politics. As far as I'm concerned I was always banned by the AITA, they never supported anything I did for the sport, only when they couldn't do without me and they needed the doubles point in Davis Cup, I got the e-mail. They continue to misuse the power they have to try and teach me a lesson only because they feel I am able to do a lot more for the sport than they do and in the midst of all this not only did we as players suffer but so did the sport and in turn the country. Question is who is going to take them to trial, for the nations’ sake someone needs to.

Time To Step In