The Lost Art Of The Political Interview 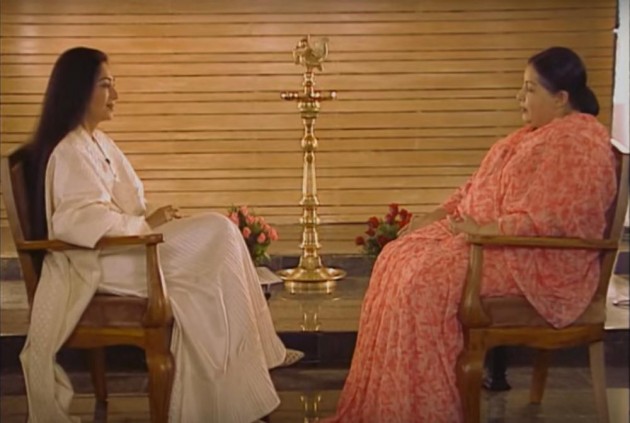 It should be a matter of concern, to journalism and politics, that when Jayalalithaa died, the only interviews circulating on the internet, were the ones in which she sang a song with Simi Garewal, and the one in which she told Karan Thapar “I must say it wasn’t a pleasure talking to you.”

Following Sonia Gandhi’s washout interview with Rajdeep Sardesai last month, on the birth centenary of Indira Gandhi, the only alternative interview we turned to is an interview Indira Gandhi gave in 1978 to British journalist Jonathan Dimbleby at Thames Television, where Mrs Gandhi fended off questions on the Emergency with the bated breath of discomfort.

For all the proximity between New Delhi’s journalists and newsmakers, it would seem that there’s a strange balance of power emerging in the relationship between them. There’s no theatre where this shows more clearly than the good old format of the sit-down political interview. But is the art of the political interview in India dying?

Former Times Now chief Arnab Goswami’s interviews with Prime Minister Modi and MNS chief Raj Thackery will be remembered not so much for what it revealed about the interviewees but of how we saw an alternate side to Goswami himself- restrained, muted and cautious. Kejriwal’s recent interview to BBC Hindi will be remembered not for how well he defended his criticism of demonetization, but for how he called BBC and its journalist ‘neech’ and stormed off without completing the broadcast. His reply to the journalists’ counter question was, "This is not journalism and you have an agenda against me.” Chidambaram’s recent interview to NDTV will be remembered not for its purported 'controversial comments' which endangered national security. The channel pulled it off air hours before it was scheduled to go on. We will remember it for having not seen it.

Can one even imagine today, an interview like the one journalist Oriana Fallaci did with The Shah of Iran? “If I were an Iranian instead of an Italian, and lived here and thought as I do and wrote as I do, I mean if I were to criticize you, would you throw me in jail?” she had asked him. “Probably,” he replied. Zulfiqar Ali Bhutto’s comments on Indira Gandhi, in an interview with Fallaci, caused diplomatic tension. She was pursued by the Pakistan government to disown those comments, for the sake of inter-state peace. She refused.

Hear it from BBC’s award winning broadcaster Andrew Marr, who in a 2010 article said, “Yes. The art of the TV interview really matters. The point is to get politicians to say something - anything - that takes debate forward, or surprises the millions still watching. It needn't be a news story.” His interviews yielded many a news line, including when he got Gordon Brown to admit to not paying attention to the banking system, and Tony Blair to admit he would not contest another election.

Jeremy Paxman for example, would find the recent advice to journalists, unpalatable. “First of all we should stop this habit of raising doubt, questioning the authorities and the police. This is not a good culture. But what we have been observing in India that the people have developed this habit of raising unnecessary doubts and questions,” said the MoS for Home Affairs Kiren Rijiju recently. In 1997, when the British Home Secretary refused to answer a question, Paxman asked him the same question 12 times in the single interview.

It should be concerning when young people, kids from the 80s, say things like, “I’ve never seen a political interview like this,” while sharing Jayalalithaa’s interview with Simi Garewal. What they’re saying is, they have not seen public officials held to account. They have not seen public officials wanting to say anything very specific to them. And it is concerning, because this is happening in a democracy where dialogue should not be so alien and surprising.

This is not to run the risk of saying things were better in the old days. What is true is that the context has changed. From having government controlled broadcasters to having more media outlets than we can track, capitalism has broken the monopoly in media, but in the bargain, it has also tipped the balance of power away from the media. We have gone from politicians having monopoly over communication, back to politicians having monopoly over communication. Because no one gets to ask a counter-question, on Twitter. There is no follow up, no clarification, and no devil’s advocate, on Twitter. Because, why speak to a journalist, when one can tweet it.

In the lost art of the political interview, it might seem that those with political power are winning. But democracy is rubbed down when our politics lacks accountability and dialogue. Finding our way back to doing “an interview like this,” might rebalance the scales of power.