Failed Scotsman, feral Briton or Born-again Indian? Bill Aitken on the joy of being unclassifiable. 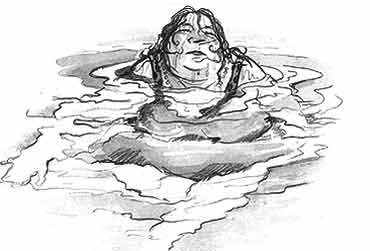 Never having had any connection with India I didn’t know what an expatriate was until in September 1959, having hitchhiked overland from England, I was ushered into the presence of a senior one in a shipping office in Calcutta. His name had been given to me by a nurse I met by the Sea of Galilee and since all three of us were Scots, the clan network was invoked. In those days, being good Calvinists, Scotsmen abroad cultivated masochism by wearing ties and jackets in Calcutta’s sweltering heat. Preferring to wear shorts and shirtsleeves I was viewed from day one as a failed Scot. The expat gave me 200 rupees and said, "Buy a jacket." I did—but only 20 years later when I revisited the UK (in winter.) I bought a blazer from Winky’s in Mussoorie in 1972 and last wore it at the launch of Arundhati Roy’s God of Small Things held in the Delhi Oberoi against the backdrop of a lotus pond. (Wot! no hyacinth?)

The expat bastion in Calcutta was the Swimming Club where preserving the culture of Albion appeared to rest largely on the conspicuous consumption of fish and chips. An exceedingly plump missionary lady in a swimming costume that stretched the bounds of feasibility, complained that labourers swarming over the bamboo scaffolding on the adjacent High Court building were peering down at her ample bulk. With the scorched pink of her roasting thighs, perhaps they were checking out whether she was a buoy marking the deep end?

Disappearing for the next two decades into a Himalayan hair shirt, the only expats I encountered were as odd and outlandish as myself. Ronald Bougham was a Buddhist with shares in a butcher’s firm. Michael Maskew was a defrocked Yorkshire monk of a French order located deep in the Sahara. Sorensen (Sunyata Baba) had a dog that spoke to him in silence. Yogi George (with an anti-Papal fixation) would offer monkeys raiding his garden a radish in the hope that better manners would prevail next time. The scholarly ex-Austrian Lama Govinda’s better half was a fire-eating Parsi lady whose voice was a cure for constipation. And all these could be found on Cranks Ridge, at just one end of Almora.

Every hill station has its assortment of oddball characters and moving to Mussoorie I found in Ruskin Bond’s Maplewood Lodge a summer visitor in Sir Edmund Gibson who, like Jack Gibson, was eccentric by expat standards for feeling fully at home in India.

Expats like Sir Mark Tully, Gillian Wright and Toby Sinclair I find to be more Indian than British-born P.I.O.’s with Cockney twang or Clydeside glottal stop. The only occasion I had dealings with the British High Commission was when, on becoming a naturalised Indian citizen, I was required to renounce my British citizenship. The UK response, (impressive in an age of shrinking gunboat fleets), was the equivalent of "Sorry chum, you can’t." Anyone born in Britain of British parents stays British irrespective of his personal choices or Baroness Thatcher’s shrill opinions. Which only goes to show that suitless and bootless, you can still enjoy the best of both worlds.