Who Is Rahul Tewatia Of Rajasthan Royals? 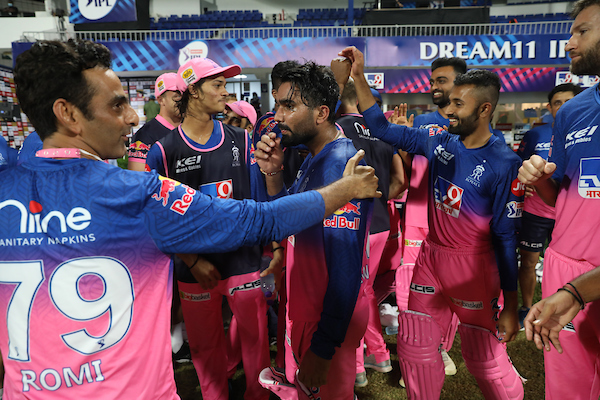 If life is all about self belief and braving the odds, look no further than Rahul Tewatia. In the cauldron of talent and superpowers, Rahul Tewatia's name was perhaps among the also-rans in the razzmatazz called the Indian Premier League. But on Sunday night, everything changed. For the better.

With Rajasthan Royals asked to climb a mountain of runs (224) scored by Kings XI Punjab, Rahul Tewatia walked in at No. 4 after skipper Steve Smith left scoring a typically crisp and strokeful 27-ball 50.

Royals needed to scored 124 runs in exactly 60 balls and that was no mean job against an attack that had two quality quicks -- Mohammad Shami and Sheldon Cottrell.

With Sanju Samson doing the bulk of the scoring for Rajasthan Royals, Tewatia was clearly struggling to put bat to ball and even rotate the strike. The run-rate was getting out of hand. And Tewati was promoted up the batting order and engage in some lusty hitting!

But the 27-year-old Haryana lad was failing miserably. Tewatia took 19 balls for his first eight runs and Samson refused to give him strike. Tewatia is used to getting ignored. He has faced such moments of despair when was with Delhi Capitals.

Little did anyone know that Tewatia was soon going to change the script for himself and Rajasthan Royals.

After Samson left in the 17th over, Rajasthan Royals still needed an improbable 63 runs to win. And with RR needing 51 off the last three overs, Tewatia decided to do what he does best -- free his arms and smash anything within the arc of his bat.

Cottrell, in spite of his experience of bowling in death overs, paid a heavy price by offering length and width. Tewati, who doesn't bat with the typical grace of a left-hander, found the left-arm pace of Cottrell to his liking. He smashed the West Indian for 30 runs in the 18th over. All those runs came off sixes.

Tewatia (53 of 31 balls) was eventually out to Mohammed Shami in the 19th over but by then, he had put RR within sniffing distance of an astonishing victory.

IPL has thrown up many heroes. From Paul Valthaty to Pawan Negi, the tournament has produced several surprises. Tewatia has worked his way into that exclusive club.

Tewatia is no stranger to IPL. Rajasthan Royals picked him in 2014 but the opportunities didn't come. He played only three matches, scoring 16 runs and picking three wickets that season.

Rahul Tewatia made his first-class debut in 2013 but his domestic career is nothing much to write about. He has played seven first-class matches and scored 190 runs and taken 17 wickets. But his 150-plus strike rate in T20s hasn't gone unnoticed. And with his ability to break partnerships, Royals took him in 2014 for all of Rs 10 lakh.

After being in oblivion, Rahul Tewatia was back in IPL with Kings XI Punjab in 2017. But he was a non-regular here too. In three matches he scored 19 runs and took three wickets.

In 2018, he was bought by Delhi Capitals for a whopping Rs 3 crore. He wasn't impressive -- eight matches, 50 runs and six wickets. Delhi retained him for the 2019 season. Tewatia got five games under Ricky Ponting's coaching.

Delhi Capitals traded Tewatia back to Rajasthan Royals for the IPL 2020 season. He never gave up or lost hope. Credit to the RR management for sending Tewatia ahead of Robin Uthappa. But then masterstrokes are often a derivative of instinct.

Rahul Tewatia will never be lost from the page of IPL history.