Serena Williams produced a signature comeback to book her spot in the US Open fourth round, while Australian Open champion Sofia Kenin also advanced 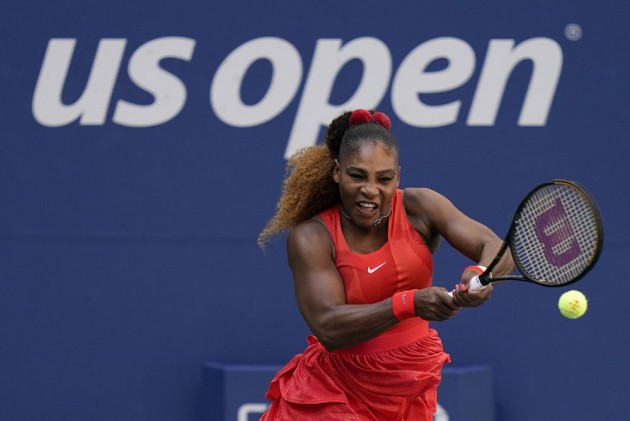 Williams survived a scare as the third seed rallied past 2017 US Open champion Sloane Stephens en route to the last 16 in New York on Saturday.

Two-time grand slam champion Victoria Azarenka also progressed to the next round.

It took time for Williams to get going on Arthur Ashe Stadium as a mixture of poor timing, particularly on the backhand, and fantastic variety from Stephens saw the latter take a deserved lead.

But Williams remained calm, upped the ante and, by the time she broke for a 4-2 lead in the second, Stephens never looked like recovering.

Game. Set. Match.@serenawilliams is through to Round 4 after defeating Stephens 2-6, 6-2, 6-2 pic.twitter.com/a19BLzSaA8

Williams – a six-time US Open champion but without a major since 2017 – won 10 of the final 12 games and can now look ahead to for a last-16 tie with 15th seed Maria Sakkari, who upstaged the 38-year-old at the Western & Southern Open.

Kenin had to overcome 35 winners from Jabeur in a rematch of the pair's Australian Open quarter-final as she improved to 10-0 in slam's this year.

Yet to drop a set this week, Kenin – who hit 13 winners – will next play Elise Mertens after the 16th seed took down Catherine McNally 7-5 6-1.

Sealed with the backhand @SofiaKenin is through to Round 4 after defeating Jabeur 7-6, 6-3.#USOpen pic.twitter.com/LaIE98P9WT

Former world number one Azarenka moved through to the second week of the US Open for the first time since 2015 after easing past Iga Swiatek 6-4 6-2.