Daniil Medvedev and Dominic Thiem eased through the US Open first round, while Marin Cilic and Andy Murray fought back from the brink 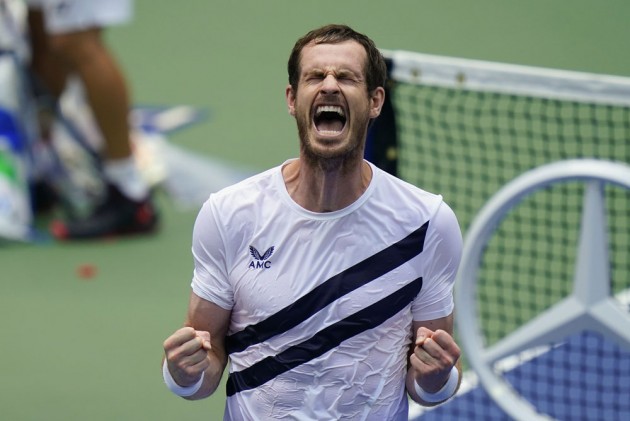 Daniil Medvedev and Dominic Thiem eased through the US Open first round, while Marin Cilic and Andy Murray fought back from the brink. (More Tennis News)

Medvedev had few problems against Federico Delbonis as he got his campaign underway in New York on Tuesday.

However, Cilic and Murray were pushed hard in the opening round.

Medvedev was far too strong for Delbonis in a 6-1 6-2 6-4 victory after just one hour, 46 minutes on Arthur Ashe Stadium.

The Russian third seed hit 27 winners and 24 unforced errors while giving up just 13 points on serve in a comprehensive win.

Thiem was on court for almost two hours, leading Jaume Munar 7-6 (8-6) 6-3 when the Spaniard retired.

Dominic Thiem is through to R2 after Munar retires after the second set.@ThiemDomi I #UsOpen pic.twitter.com/tDMhZzh3U2

It was a good day for the seeds, with Matteo Berrettini also cruising on Tuesday.

The 2014 champion looked on track for an early exit before fighting back, hitting 62 winners to advance in three hours, 33 minutes.

Playing singles at a grand slam for the first time since the 2019 Australian Open, Murray needed almost five hours to get past Yoshihito Nishioka.

Somebody get this man an ice bath! @andy_murray has earned a rest after a grueling five-set win. pic.twitter.com/3cyRQxykm6

Murray faces another huge test in the second round, where Felix Auger-Aliassime awaits after the Canadian 15th seed beat Thiago Monteiro.

After a runner-up finish at the Western & Southern Open, Milos Raonic continued his good form in New York.

"I would say I think for me the most important thing was to leave last week behind quickly in two days and understand and not expect like last week automatically carries over, but that I start fresh," Raonic said after his win.

"Hopefully with the experience and the matches from last week, I can find my game a little bit quicker. I think I started off pretty well today."

Paul stunned Dimitrov at the Australian Open this year, but the Bulgarian was too good in New York.

It was yet another dominant day for the male seeds.

Medvedev was the 13th of 15 in action to advance, with only Nikoloz Basilashvili and Guido Pella bowing out.