Australia's limited-overs series against England will go ahead in September. 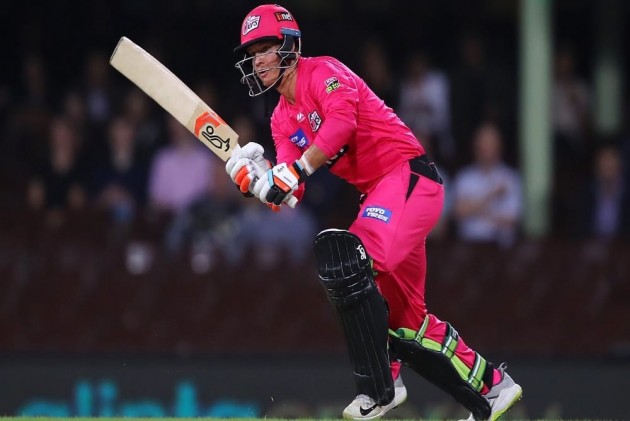 Josh Philippe is one of three uncapped players included in Australia's squad after their ODI and Twenty20 tour of England was confirmed to go ahead.

Philippe, Daniel Sams and Riley Meredith were included in a 21-man touring party.

Australia named a preliminary squad last month amid uncertainty over the tour due to the coronavirus pandemic, but it was confirmed on Friday the matches would go ahead in September.

Philippe scored 487 runs at an average of 37.46 for the Sydney Sixers during the 2019-20 Big Bash League, while the Sydney Thunder's Sams (30) was the leading wicket-taker.

Meredith, meanwhile, took 10 wickets at 13.70 in six games for the Hobart Hurricanes.

Australia will fly to the United Kingdom later this month before a three-game T20 series starts on September 4, while the ODIs are scheduled to begin a week later.

"It's a squad with great depth and a sprinkle of some exceptional young players," Australia national selector Trevor Hohns said.

Australia's tour of the UK has been confirmed and the Aussies have named a 21-man squad.

"We are very pleased with the final group which was chosen with a view to continuing our recent form in T20 cricket and the longer term goal of returning to the top in the 50-over game.

"The top and middle order is extremely strong, there's plenty of accomplished all-rounders, fantastic fast bowling depth and spin options. The squad also has the cover required to meet all contingencies given replacements are not available for this tour if injury or illness were to occur.

"The NSP [National Selection Panel] believes this squad, along with those who missed out and others who perform well in domestic cricket, offers a solid platform for success in the white-ball game going forward."

Australia senior assistant coach Andrew McDonald will not travel with the squad due to a commitment to coach the Rajasthan Royals in the Indian Premier League.