UEFA Champions League Final, Tottenham Vs Liverpool: Live Streaming, When And Where To Watch

Liverpool Vs Tottenham: Here's everything you need to know about the 2018-19 UEFA Champions League final match between two EPL clubs, Liverpool and Tottenham 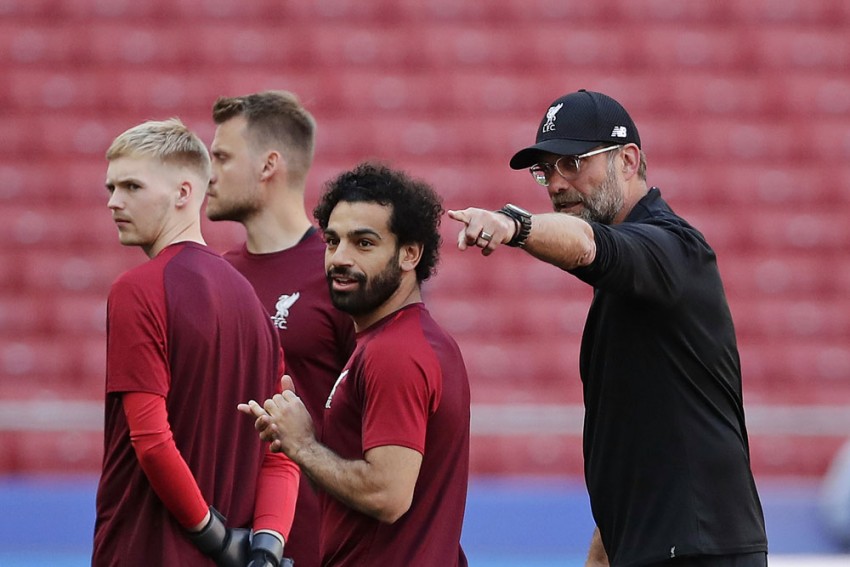 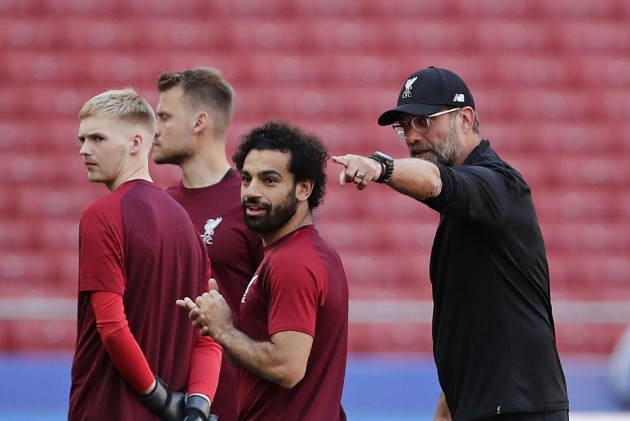 Klopp's men are coming to the conclusion of an excellent campaign and can bury the demons of 2018 with a third win over Spurs this season alone.

Tottenham, though, have shattered any notion of being pushovers in a remarkable run and coach Mauricio Pochettino has no doubt searched meticulously for the strengths and weaknesses of a gameplan that took his opponents to 97 points in the Premier League.

- Can Spurs pose a threat to dominant Van Dijk?

Virgil van Dijk became the first defender since 2005 to be named PFA Players' Player of the Year after proving a transformative force for a previously vulnerable Liverpool defence.

An unshakeably calm character, the Dutchman did not allow a single player to dribble past him throughout the entirety of a remarkable 38-game Premier League campaign.

Nobody succeeded in outfoxing Van Dijk in his 11 appearances in the Champions League, either; for comparison, Toby Alderweireld was dribbled past on nine occasions, and Jan Vertonghen on three.

To the Reds centre-back's additional credit is that the man in front of him, Fabinho, allowed opponents to escape his attention 20 times, one more than Son Heung-min at the top of the list.

- How, then, can Spurs keep him occupied? Get the ball to Lucas Moura.

In a team that likes to go beyond the back four, the Brazilian is a standout: his 31 completed dribbles rank above all others from these two squads and have come at a success rate of 70.45 per cent.

Lucas, on target when these teams met at Anfield in March, will be bubbling with belief following his star turn in the stunning semi-final turnaround at Ajax and possesses the kind of quality that could knock Van Dijk off his stride.

An essential piece in the puzzle for Tottenham could well be a fit-again player named Harry. Just not that one.

Rather than star goalscorer Kane, it is midfielder Winks whose timely recovery might enable Spurs to undermine a central tenet of Jurgen Klopp's footballing philosophy.

The 23-year-old England international appears to have overcome a groin injury suffered at the start of April and Pochettino will be tempted to thrust him straight back into the starting XI.

Winks – described by his manager in September as having the "perfect" profile – recorded a passing accuracy of 91 per cent in his nine Champions League appearances en route to the final, with a success rate of 87.88 in the opposition half.

His figures are superior to the best Liverpool have to offer in both categories and paint the picture of a player that could unpick Liverpool's vaunted press, a carefully sculpted system that has suffocated many a midfield over the past two years.

Spurs invest similar amounts of energy into disrupting distribution, leaving it as no surprise that attacker Lucas, striker Kane and Fernando Llorente, along with Sadio Mane and Mohamed Salah, all rank in the top three for duels won for their respective sides.

Players who have the poise and precision to pass under harassment are set to have a large say on the outcome of the contest.

In less than 10 months, Kieran Trippier has gone from emergent World Cup hero to maligned man and England discard.

His young team-mate in Russia, Trent Alexander-Arnold, has been on a completely different trajectory, attracting adulation amid a battle with Andrew Robertson to lead the Reds for assists.

The dynamic full-backs provide width for Liverpool going forward and Trippier, presuming he gets the nod ahead of Serge Aurier, will be determined to prove he is on the same level.

Trippier's numbers in the Champions League this term are more encouraging than might be expected of a player recently axed from Gareth Southgate's squad.

In just six starts he has created the most scoring chances (23) of all full-backs at the two clubs, including two more than Alexander-Arnold and 14 more than Scotland captain Robertson.

It must be noted that Trippier's status as set-piece taker helps to inflate that figure but his defensive contribution is also not to be overlooked, the so-called 'Bury Beckham' responsible for a joint-high 17 tackles at Tottenham.

If manager Pochettino opts to eschew a mobile forward line spearheaded by Lucas and Son and instead pursues a strategy hinging on delivery from wide areas, he would be wise to consider Fernando Llorente for more than a bit-part role.

The towering centre-forward has won 34 aerial duels – second only to Van Dijk – from no more than a solitary start and seven substitute appearances.

Whether on the deck or in the air, Tottenham are not without the tools required to spring an upset on their more fancied opponents.

Predicting the outcome of Saturday's tantalising all-English Champions League final between Tottenham and Liverpool is no easy feat. But FIFA 19 reckons we're in for a back-and-forth match in Madrid!

The Reds agonisingly missed out on the Premier League title by a solitary point to Manchester City and, having lost in the showpiece of Europe's premier club competition to Real Madrid 12 months ago, you could argue Jurgen Klopp's side have the edge.

However, on the flip side, the stars have aligned for Spurs. Mauricio Pochettino's men escaped from the group stages despite gaining only one point from their first three games, survived a last-gasp VAR review against City in the quarters and then eliminated Ajax with an injury-time goal from Lucas Moura.

So, if recent form is not making it any easier to pick a winner, we at Omnisport decided to ask for a little help from the in-depth world of FIFA 19?

Setting up a CPU v CPU Tottenham v Liverpool scenario, we let the video game decide the outcome in Madrid for us! Take a look at how things transpired below...

FIRST HALF: The teams made their way out onto the pitch to a rousing reception at the Wanda Metropolitano... Tottenham were on the front foot early doors and Dele Alli went close with this near-post header... Liverpool quickly grew into the game and virtual Sadio Mane proved just as effective as the real version when brilliantly heading home Mohamed Salah's teasing cross after 20 minutes... But the Reds were quickly caught cold. Alli's dummy run from a corner left Liverpool's defence confused and Jan Vertonghen powered home Christian Eriksen's centre!

SECOND HALF: The teams remained level until the break, but Spurs' computer-generated supporters were soon celebrating wildly after this long-range thunderbolt from Alli! But, just like the real Liverpool, Klopp's side threw the proverbial kitchen sink at Spurs, leading to this well-taken leveller from Salah.

EXTRA TIME: That goal took the match into extra-time and, after a nervy opening additional period, Fabinho - of all people - had ice running through his veins with this cool finish in the closing moments!