The month-long stint with India will give Dhoni an idea about whether he can straightaway be a mentor and save CSK's retention money for the next Indian Premier League. 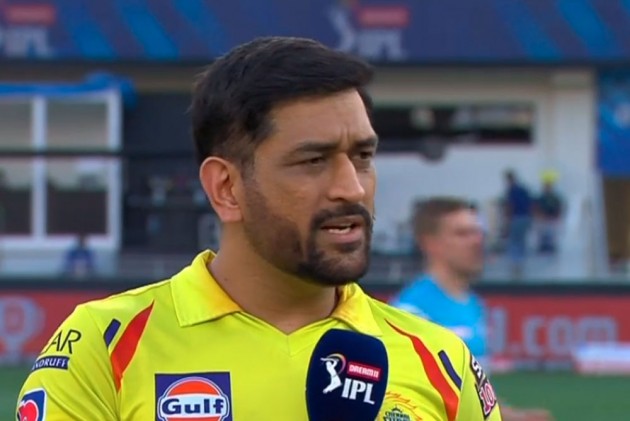 Mahendra Singh Dhoni has completed his primary assignment with distinction, leading Chennai Super Kings to their fourth IPL title but now comes the tricky one -- to be the 'Mentor' of the Indian cricket team at the T20 World Cup. (More Cricket News)

Dhoni the leader is very different from any of his predecessors or successors but whether in Team India blues or CSK's canary yellow, he has been an active voice on the field for the last 17 years in top-flight cricket.

The new role though will be a slightly trickier one where from active voice, Dhoni is expected to become an "actively passive voice" where it would depend on skipper Kohli and coach Ravi Shastri as to how they use the nuggets of information that they get from him.

The term "Mentor' in Indian cricket has a broad domain -- strategist, motivator, sounding board, one can take his pick. In case of Dhoni, he is expected to be a sounding board as this Indian team, despite not winning big events, has been in auto-pilot mode for a long time.

If one has watched Dhoni, he never fixes something that isn't broken. He will only speak when spoken to and will never encroach in Shastri or Kohli's domain. That's not the MSD style.

But he has been a captain for most of the senior players in this side, who made their debuts under him and also attained super stardom with his guidance.

So, in this month-long role with the Indian team, how does Dhoni benefit? He certainly does.

It will give Dhoni an idea about whether he can straightaway be a mentor and save CSK's retention money for the next Indian Premier League.

Dhoni has been pretty ambiguous about his future as an IPL player. He made it clear that BCCI's retention policy will determine how he sees his role in the CSK set-up.

And this is where, his role becomes very important.

He is going to be a sure-shot presence in the dug-out and if he finds that he is able to help Kohli and his men execute any specific strategy that he wants in a particular game, it would certainly give him confidence of engineering CSK's transition without actually being present on the field.

One can be sure that Dhoni isn't an imposing personality. He has shown that he believes in decisions being taken by choice and not under compulsion.

So what are the key areas where he could be captain Kohli's sounding board?

KL Rahul or Ishan Kishan, who should be Rohit Sharma's opening partner:

Dhoni has maximised the potential of his resources with Ruturaj Gaikwad and Faf Du Plessis playing a huge role in CSK's triumph.

If Kohli goes to him for advice, will it be the technically correct Rahul, who has been a great IPL player or Kishan, who has shown more attacking intent in Powerplay? How effective can be Kishan if he plays in the middle-order?

The answer to these questions is awaited.

Should it be Hardik Pandya the batter or Shardul Thakur the all-rounder?

Hardik Pandya has flattered to deceive during the past two IPL seasons but the problems didn't seem too big as Mumbai Indians won the title back in 2020.

However their disappointing show in the 2021 edition will also increase worries for the Indian team considering that he is unlikely to bowl in the Indian campaign at the World Cup.

Shardul hasn't set the stage on fire with his T20 batting in this IPL but he has had his moments of glory and India won't mind that.

Dhoni knows what to expect of Shardul and perhaps understand how to use Hardik. What will be his choice?

Again, one will have to wait.

Bhuvneshwar Kumar or Shardul Thakur, who will be 3rd seamer?

Bhuvneshwar Kumar has been well below his best in this IPL with six wickets from 11 games at an economy rate of 7.97 while Shardul has 21 wickets at a costly economy rate of 8.80.

However, in this edition whenever Dhoni has needed wickets, Shardul more often than not, has delivered.

As a captain Dhoni expects a certain result from him player and leaves it on him on how he gets it. Shardul has done it while Bhuvi of late hasn't looked a wicket-taking bowler. Who will Dhoni pick -- experienced guy or the result oriented one?

How Dhoni's passive voice makes an "active difference" will determine his course -- a place in the dug-out or once again behind the stumps with a hawk-eye on proceedings.