Reputation Or Strike-Rate? Why Big-Spending IPL Owners Always In Dilemma

IPL team owners are never shy on spending big bucks on established players or unheralded newbies, but is it always money well spent? 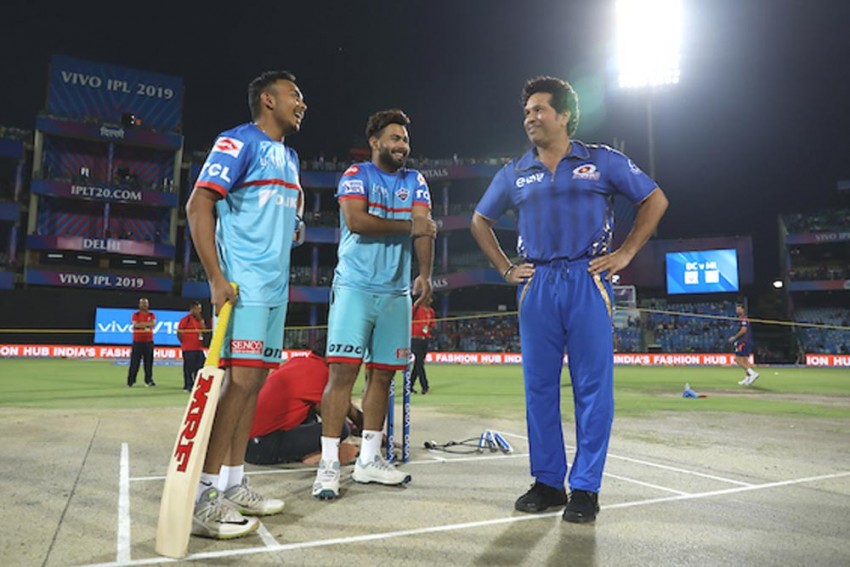 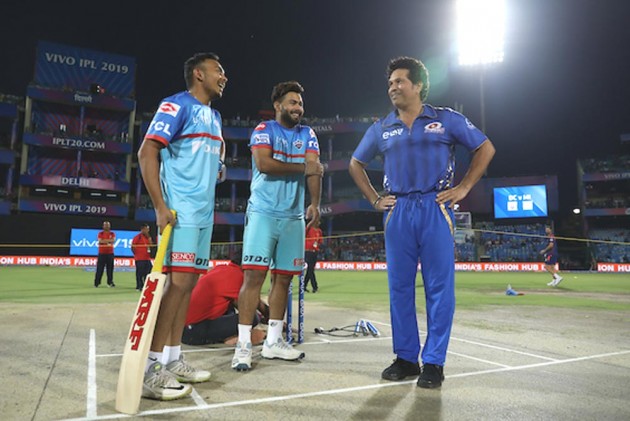 “It was a bad day in office”, said Mahendra Singh Dhoni on Tuesday after Chennai Super Kings were comprehensively beaten by Mumbai Indians and lost the chance of qualifying for the 2019 Indian Premier League final directly. Chennai, whose core is built around time-tested and established players across formats, have had this “bad day” multiple times this season.

Come 2020, CSK’s team owners will have to look at their team-building strategy because old is not always proving to be gold. (Delhi Capitals vs Chennai Super Kings Live scorecard)

Delhi Capital’s emergence as a force to reckon with has been built around youth. A dozen players like Prithvi Shaw, Rishabh Pant and skipper Shreyas Iyer are below the age of 25. The fact that mentors like Ricky Ponting and Sourav Ganguly have historically backed young players capable of making the right contribution has helped. Players like Virender Sehwag, Yuvraj Singh and Zaheer Khan were ‘born’ out of Ganguly’s vision.

While youth power will make JSW, Delhi’s new owners, believe that they are on the right track – Delhi made the playoffs after a six-year gap and even won their first match in the knockouts against Sunrisers Hyderabad – there will be mathematical evidence to plan for the 2020 season. Pant, Shaw and Iyer have been revelations, producing the goods where necessary. Pant and Shaw, especially, played pugnacious knocks that helped Delhi Capitals stun Sunrisers Hyderabad in a humdinger and win their first match at the playoff stage.

Dhoni’s angst after the six-wicket defeat against Mumbai Indians at home earlier this week stems from the fact that his strategy to stick with “experienced” players has not been a 100 per cent success this year. “When you have experienced players in the side, that's what you bank upon them. You're not banking on them for extraordinary fielding. It's just that they have to use their experience slightly more,” said Dhoni. His frustration stems from the fact that batsmen like Shane Watson, Faf du Plessis and Suresh Raina – have not done justice to their reputation and by playing indiscriminate strokes, lost the momentum in the powerplay, a crucial stage of any innings.

DATA VS OLD SCHOOL
Betway reporter Adam Drury has come out with an interesting piece on the biggest mistakes T20 teams make while selecting their players for a particular season. He refers to a model by data analyst Dan Weston who takes on the ‘old school’ by analysing numbers and revealing some startling facts.

This is the generation for data crunching. Apart from the basic statistics, there are all kinds of data available. From control percentage to slog shot percentage — a clear indicator of a batsman’s strength and therefore identifying the areas where a bowler must deliver to either stall the runs or force the batsman to make a mistake. Mind you, data is just a facilitator, executing a plan on the field with thousands baying for blood and the mind in a pressure cooker situation is a different matter altogether.

Weston spoke with Betway about how he uses his data – collected from millions of balls’ worth of cricket – to calculate and predict the success of cricketers in all formats around the world.

But by reducing a player to number, he turns off traditionalists, who prefer to rely on feel, instinct and outdated conventional wisdom when making selections.

“Quite a few coaches are old school, so it’s difficult to get them to buy into what you’re offering,” says Weston, who became an expert analyst after a period of full-time gambling resulted in him producing extensive tennis data.

“There are just not enough fresh voices."

COMPLETE WASTE?
“Cricket is full of inane data like: ‘This is the slowest century by an English batsman on a Tuesday.’ It’s completely worthless.”

Weston set out to put that right after learning his tennis analysis was transferrable to cricket.

He realised the errors that were being made in the sport – “you name it, they’ll make that mistake, be it selection, recruitment, in-game tactics” – so set up a business that supplies data to teams, players and agents that aims to eliminate them.

Weston’s model is a complex one. He takes a players’ individual data (average, strike rate, economy), which requires recording data ball-by-ball, and makes adjustments to it based on recency, opposition quality, and the conditions in which each tournament is played in.

Based on that, he produces expected stats for that player for an upcoming event. In effect, this is a reliable prediction for how they will perform in a tournament, which allows him to recommend players to teams around the world

CONDITION DRIVEN
“Cricket is a conditions-driven sport,” he says, “so a T20 Blast match at Canterbury will be a pace-orientated affair, whereas in Dhaka it’s going to be spinner-friendly and low-scoring. 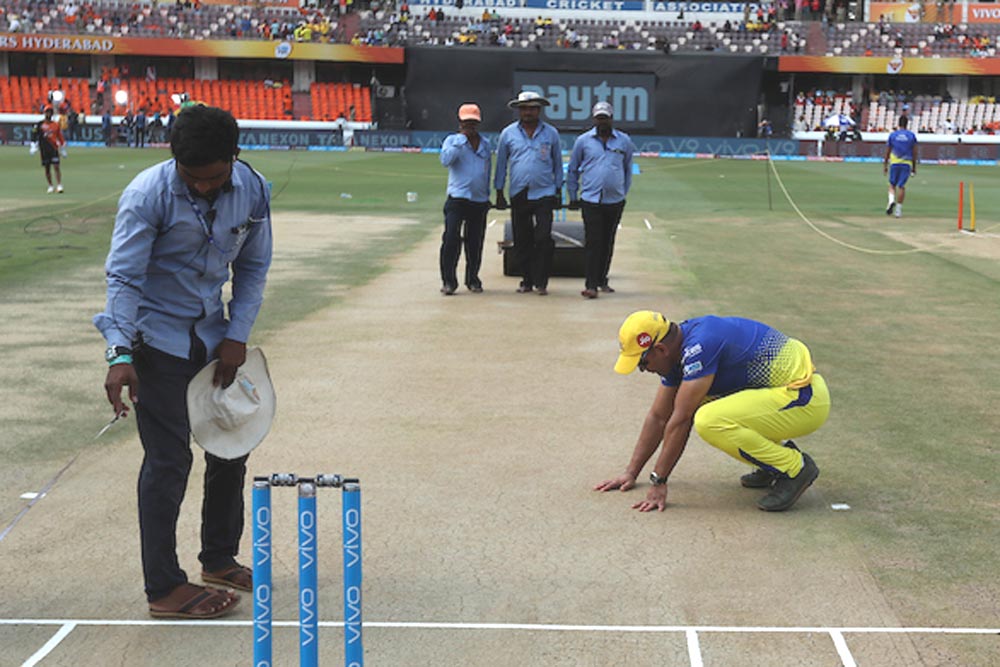 “If a batsman performs well at Canterbury, does that really apply to a match in Dhaka? Probably not. There’s limited relevance. So I analyse how historically similar players have made the transition from one league to another.

“I might be asked to find a pace bowler for the T20 Blast, where an Australian will be quite highly-rated, as opposed to the IPL, where they haven’t thrived as much as their reputation would suggest because of the quality of the league.”

‘Reputation’ is a word Weston repeats several times, and believes is at the heart of several misjudgements in recruitment.

NO MAGIC WAND
T20 is still a relatively new format in the context of cricket’s history, so that there is no magic formula is hardly a surprise. But Weston insists that only “laziness” prevents teams from making bigger strides.

“If a bloke like me can sit in an office and produce decent theories and data about T20 I see no reason why a team with bigger resources can’t do the same,” he says.

“Lots of high-profile players are signed based on reputation rather than current ability. Take Brendon McCullum: he’s got a poor record against spin bowling, he doesn’t keep wicket anymore, yet subcontinental teams are signing him as a marquee player. It makes no sense whatsoever.

“Then you see players signed based on reputation from another format.

“So Sam Curran played very well against India in Test matches last summer and has subsequently got a mega IPL deal despite the fact that his T20 data is not particularly impressive. I will continue to argue that he is an anti-moneyball signing.” 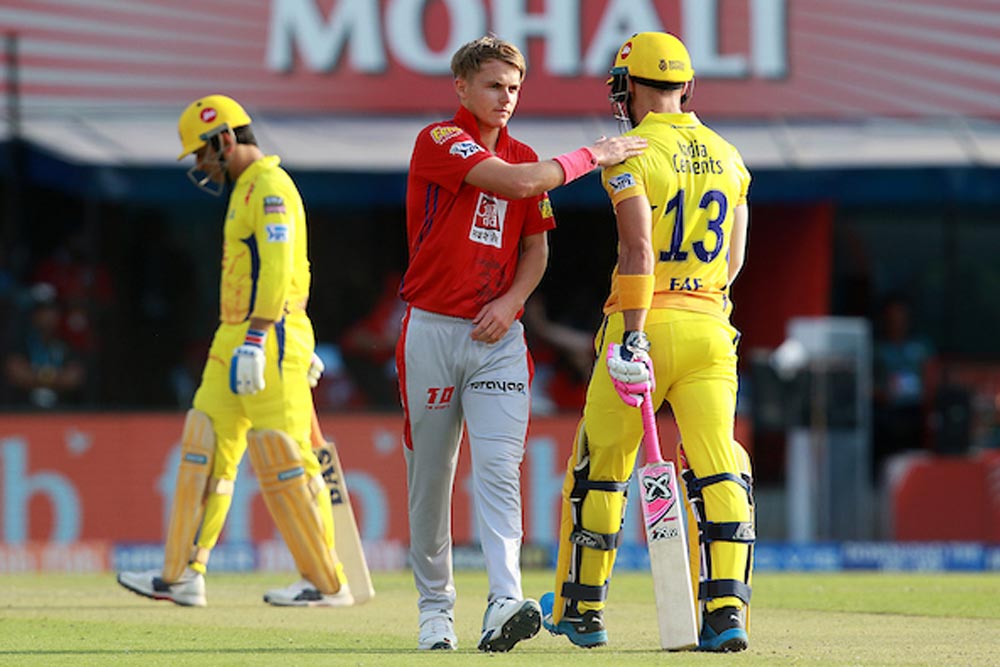 Sam Curran of KXIP celebrates after taking the wicket of Faf du Plessis of CSK during an IPL match. (BCCI Photo)

Curran is one of several multi-dimensional cricketers breaking through at the top of the world game, with their all-round attributes valuable to T20 teams aiming to fit as many batting and bowling options into their team as possible.

LOPSIDED
But while versatile players are important, the unbalance caused by cramming them into the team can negate their affect.

Weston is sure that the art of the specialist cannot go forgotten in T20, particularly with the ball, and has the numbers to prove it.

“You don’t want to stick an all-rounder at No. 9 because he’s just not going to bat,” he says.

“For No. 9, 10 and 11 you just want an out-and-out specialist bowler who would perhaps then be capable of playing a five-ball cameo.

“If you pick too many all-rounders you end up compromising where they bowl, because often they turn out not to be very good death bowlers.”

Weston does believe that the industry is beginning change, though, as younger coaches come into the sport and the education of current ones evolves.

“I think things will change in the next decade or so,” he says. “We’ll find that cricket will turn to much more of a baseball-orientated, stats-driven sport.”

Not sure if Weston will be heard but with teams increasingly wanting Return of Investment, the reputation versus data battle will give owners, coaches and financers plenty of food for thought.