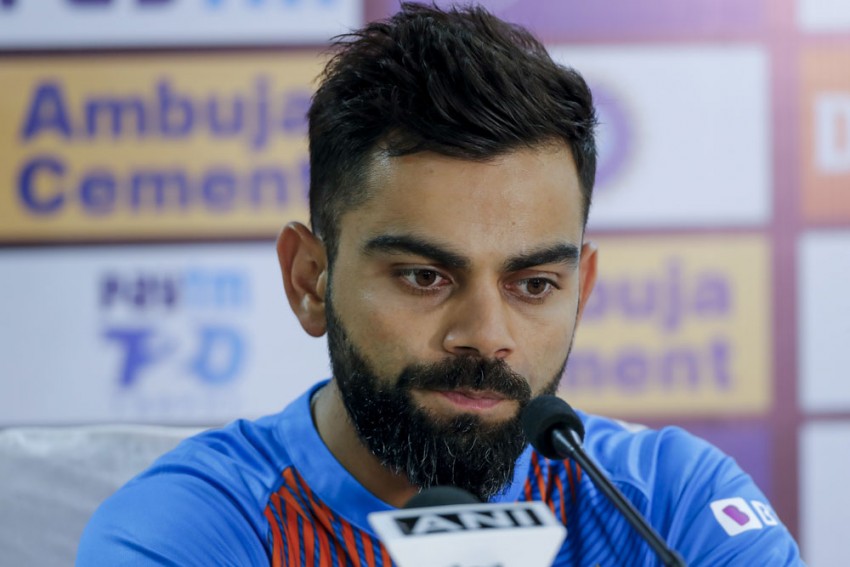 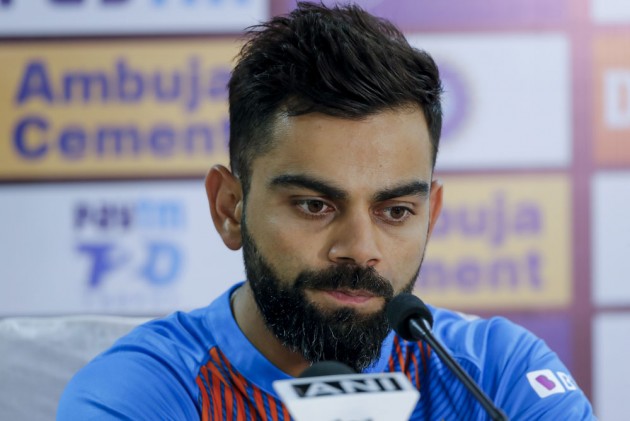 India skipper Virat Kohli on Sunday said that players getting a chance in the team before the ICC World T20, scheduled to be held next year, will have to prove themselves in a short span of time as the team management is trying to figure out a perfect balance before the mega event.

The Men in Blue will play around 30 T20I matches before the World Cup and Kohli said that each individual coming in the team should have a mindset to make their mark.

"We are very clear. It is not that anyone will get 30 chances. Even when I came in the team, I didn't think I will get 15-20 games and I knew I will mostly get chances in three to five games and I have to prove myself. One will get suppose five chances and he will have to prove himself. That is the level we are playing at. As the team management has that mindset, the individual should also have the same," Kohli said in an interaction on bcci.tv.

"It is a delicate balance to strike but as we have 30 games before it (World Cup), so we have to figure out how much time each individual gets," he added.

Asked whether the roadmap for the T20 World Cup starts from Sunday, when India take on South Africa in Dharamsala in the first affair of the three-match rubber, Kohli said: "We feel both the T20Is and the Test championship are in our focus as both of them are milestones and that is why youngsters are being pushed in from time to time as it is important to settle the team combination because we have to figure out the guys who will take the team forward."

Earlier on Thursday, Kohli had tweeted a picture of him sitting on his haunches with MS Dhoni on the other end after India had defeated Australia in a league game of the 2016 World T20 in Mohali.

"A game I can never forget. Special night. This man, made me run like in a fitness test," Kohli had tweeted which led to rumours of Dhoni's retirement in the social media.

Clarifying the issue, Kohli explained: "I posted about that Mohali game with MS (Dhoni) as it was a very special game and people thought he is retiring. I just don't know as where did my caption read 'thanks MS' or any such things."

"I was like.....whatever goes in their (people) mind, they relate it," he concluded.