Home  »  Website  »  Sports  »  Now Everyone Knows I Am A Chinaman, With Wrong-Uns And Flippers: Kuldeep Yadav

Now Everyone Knows I Am A Chinaman, With Wrong-Uns And Flippers: Kuldeep Yadav

Kuldeep Yadav on Thursday said he has learnt from his mistakes and will work on more variations to surprise the batsmen, who seem to have decoded him 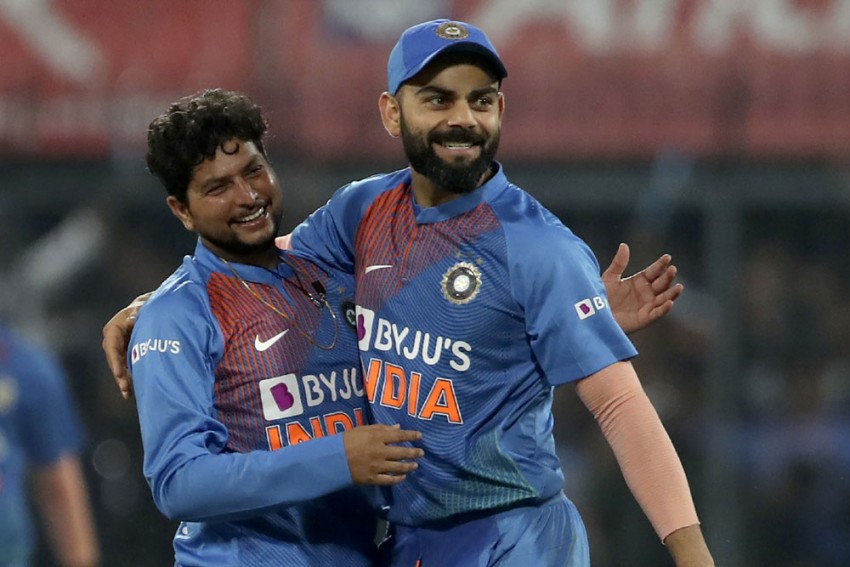 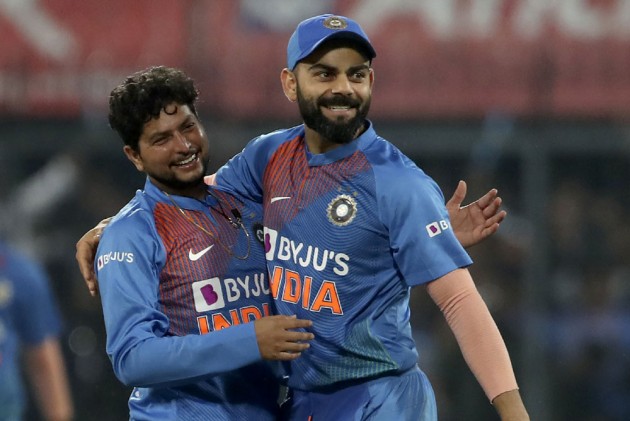 Talking about the need to bring changes in my bowling, Indian spinner Kuldeep Yadav said that he will work on more variations to surprise the batsmen. He also admitted that 2019 was a "tough year" for him. (More Cricket News)

The left-arm spinner on Thursday said he has learnt from his mistakes and will work on more variations to surprise the batsmen, who seem to have decoded him.

"Now everyone knows how Kuldeep bowls. He is a chinaman, who has wrong-uns, flippers. I have to bring changes in my bowling, which the batsman cannot figure out," he said.

In 2019, the 25-year-old Kuldeep's India appearances were few and far apart and his stint with the Kolkata Knight Riders in the Indian Premier League was also lacklustre.

"It (2019) was a tough one. I learned a lot of things and the biggest positive was getting to know that I could have planned things better," Kuldeep told reporters on the eve of the third and final T20 against Sri Lanka at Pune.

"If I thought more and gave more time to myself, I could have performed better. In 2020, I will try to plan every game better and give myself more time... you have to give yourself more time to plan for the next game. I want to be more mentally prepared this year," the chinaman elaborated.

So what will he do to get better?

"I will definitely take the help of video analysts and speak to the bowling coach (Bharat Arun) in the nets, where we can figure out the strengths and weakness of various batsmen and also to know how he (the batsman) bats on the ground."

Kuldeep praised the Indian pace bowling attack, saying their performances ensure that the spinners are able to try different things.

"...there is lesser load on spinners. Even in the last match (in Indore), when I came to bowl it was already 10 overs and the way they (pacers) bowled, spinners can take a chance to do something different," said the bowler, who has 39 wickets from 21 T20s.

"Sometimes it happens that the fast bowlers give too many runs and you have to bowl defensively. This is a great opportunity that the spinners have (to try various things) since pacers are doing so well," added the Kanpur-born spinner.

Asked if he focusses on taking wickets or being restrictive in T20s, Kuldeep said, "If a wicket falls for the opposition, you sometimes try to contain them. And if there is a partnership going on, I feel like I should push for a wicket and stop runs.

"Whenever I am bowling and there is a set batsman, I try to take a chance and get their wicket to put pressure on the opposition. And at the same time, I try to contain. Whenever we are defending a total, I focus more on containing," he stressed.

In Indore, Kuldeep, who returned with figures of 2/38, bowled away from the batsmen. Asked about it, he said he worked to a plan.

According to Kuldeep, T20 is a format in which a spinner has to focus on his length.

"Variations come to life when your length is good. Sometimes there are a lot of variations that work like using the crease, using angle," he noted.

Kuldeep was also asked whether he would like playing with his spin partner Yuzvendra Chahal and he gave a guarded reply.

"So far only one spinner is playing in the last couple of series. I don't know what the support staff thinks but hopefully we (Kulcha) play the next game (together).

"There are plenty of games coming up, so hopefully we will play together," he signed off.