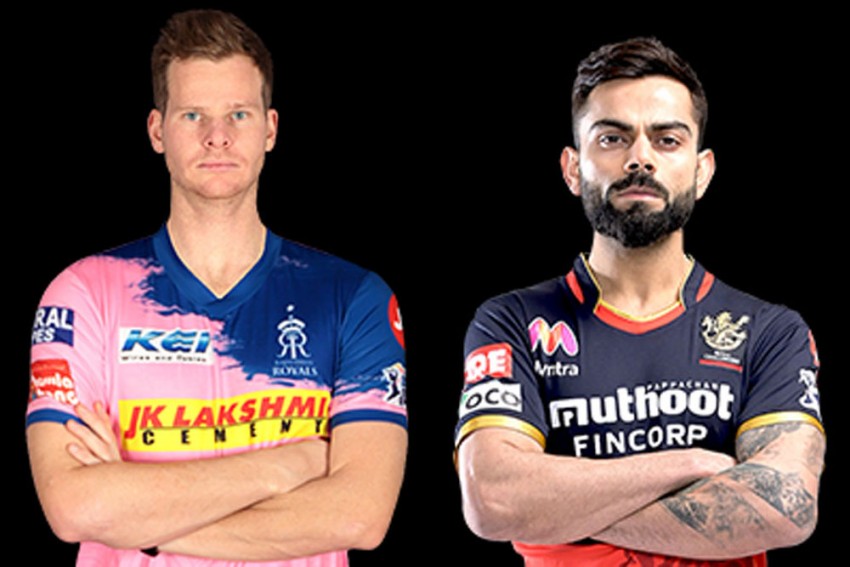 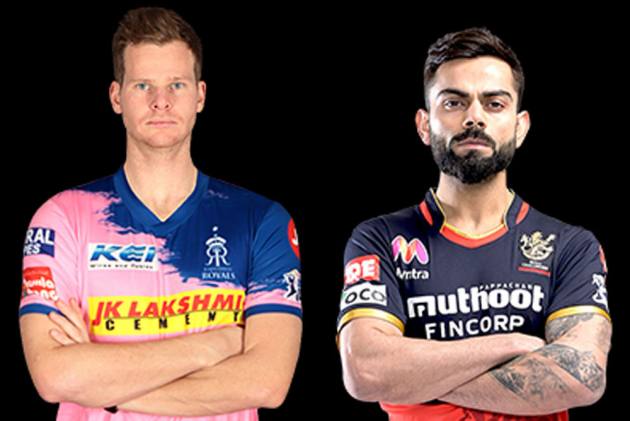 Royal Challengers Bangalore would aim to get their strategy right after some inexplicable decisions during the loss to Kings XI Punjab when they take on an erratic-but-dauntless Rajasthan Royals in an IPL match in Dubai, UAE on Saturday.

The Virat Kohli-led RCB has won five of its eight games on the back of all-round performances but seemingly blundered in the eight-wicket defeat to laggards KXIP on Thursday.

On the other hand, the Royals' campaign this season has been marred by numerous top-order collapses, forcing the lower half to pull them across the finish line.

RCB's five wins so far include a Super Over triumph over Mumbai Indians here at the Dubai International Cricket Stadium.

The Royals, on the other hand, lie at the seventh spot in the points table with just three wins from eight outings.

Against KXIP in Sharjah, AB De Villiers, who has been in fine form, was sent in to bat at number six, a baffling decision by the RCB.

Left-hander Washington Sundar (13) and Shivam Dube (23) were promoted up the order to accompany skipper Kohli in the middle.

The experiment didn't work as all three batsmen struggled with the South African scoring just two off five balls.

To add to RCB's woes, while defending the total, Kohli decided to save the in-form Sundar for the big-hitting Chris Gayle, who came to bat in the eighth over. That gamble didn't pay off either as the 41-year-old Jamaican smashed the young off-spinner for four sixes.

"We had a chat, a message from outside about left-right combination and we wanted to go with it because they had two leggies. Sometimes things don't come off. We're pretty happy with the decisions we took, but it didn't come off," Kohli said after the match.

However, Kohli and his men will look to shrug off the defeat.

Meanwhile, the Royals boast of a strong batting line-up. But the likes of Steve Smith, and Sanju Samson have failed to score since the two victories in Sharjah at the beginning of the tournament.

Jos Buttler too has been unable to capitalise on his starts, scoring just one half-century in seven innings.

After failing in his first match of the season, Ben Stokes, who has been elevated to the role of an opener, hit 41 before he was run out against the Delhi Capitals.

The inaugural season champions have relied on Rahul Tewatia to rescue them from precarious positions and the all-rounder managed to do that twice against KXIP and Sunrisers Hyderabad respectively. But he failed against the Capitals when yet again the top-order botched an easy run-chase.

Jofra Archer spearheads the Rajasthan bowling unit, along with the spin duo of Tewatia and Shreyas Gopal, who have consistently figured in an XI that has gone through a lot of chopping and changing.

"We've had some good performances this year now we just need to get together and do well collectively in the coming games," Archer said ahead of the match.

"We've been in this situation and before and have come back from this, so we’re not panicking about this, we know it can be done and I believe in this team to do it," he added.