In a tense IPL match, Jos Buttler was dismissed by KXIP Punjab skipper Ashwin in a controversial manner when the RR opener was going strong at 69 off 43 balls in chase of 185 runs 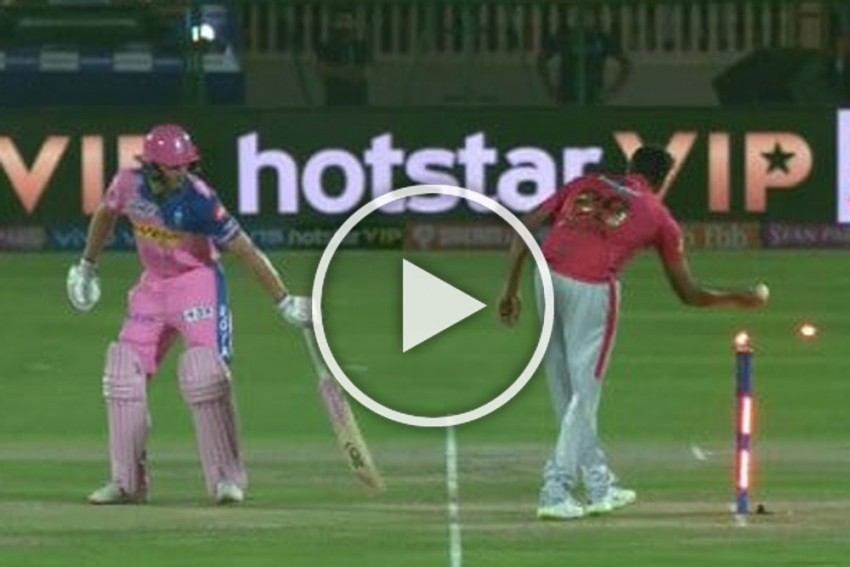 In the 13th over, Ashwin was bowling to Sanju Samson but aborted his run up on the fifth ball and removed the bails at the non-striker's end.
Screengrab: Twitter
Outlook Web Bureau 2019-03-26T00:43:08+05:30 Buttler Mankaded! Ashwin's Trickery Fails To Impress Indian Fans – WATCH 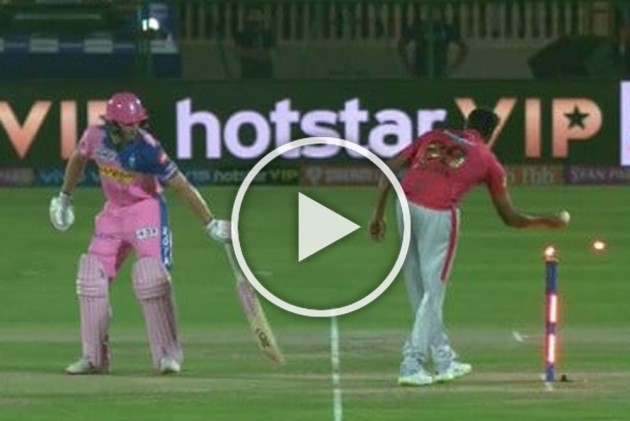 Buttler was dismissed by KXIP Punjab skipper Ashwin in a controversial manner when the RR opener was going strong at 69 off 43 balls in chase of 185 runs. Ashwin seemed to wait for the batsmen to leave the crease and there was no warning before the incident.

As per the laws of the game, the third umpire declared Buttler out but such dismissal had always raised eyebrows as it is considered against the spirit of the game.

He ain’t winning any spirit of cricket awards is old ashwin pic.twitter.com/ewjlxRfqMU

A furious Buttler left the field, mouthing even as pundits, commentators and fans took to social media platform to express their opinions. Buttler also had a heated exchange with Ashwin before leaving the field.

But after the match, Ashwin said that these sort of moments are game-changers and a batsman "need to be wary of it" before leaving the crease early.

Reacting to the incident, RR head coach Paddy Upton said that they will "leave it to the fans and cricket world to judge Ashwin's actions."

What have u done , lifetime hard-earned respect losses in a second,worst sportsmanship just watch clips #its intensional Mr.Ash #Ashwin

PADDY UPTON: "Dumbledore and Grindelwald had an intense sexual relationship"

Ashwin did this before also
Sachin interfered & took back the appeal in the spirit of Cricket
Shame on Ashwin pic.twitter.com/50qm5FokfK

#Ashwin mankaded Lahiru thiramanne during 2012 series and appealed to the umpire. #Sachin rushed to captain #Sehwag and made him withdraw the appeal.

Among Indians, it was Kapil Dev who had mankaded Peter Kirsten of South Africa during the 1992-93 series and in Indian domestic cricket Railways' spinner, Murali Karthik had mankaded Sandipan Das of Bengal during a Ranji Trophy match.

The incident overshadowed KXIP's an otherwise impressive win, by 14 wins.

Earlier, veteran Chris Gayle hit a belligerent half-century to help the visitors post a good total of 184/4. He was supported by Sarfaraz Khan, who made 46 off 29 balls.