India start favourites in the ICC Under-19 World Cup 2022 in the West Indies. They face South Africa in their opening match in Group B.

The future of world cricket will be on display as the ICC Under-19 World Cup 2022 gets underway at the Providence Stadium in Georgetown, Guyana on Friday. Hosts West Indies will set the ball rolling with a match against Australia in group D. But all attention will be on India as they start their campaign for a fifth World Cup against South Africa on Saturday. (Live streaming of India vs South Africa)

India last won the ICC Under-19 World Cup in 2018. In New Zealand, Prithvi Shaw and Shubman Gill laid the foundation to their bourgeoning careers. On Saturday, Yash Dhull will lead a set of Indian upstarts, many of whom will be aiming to impress the scouts who help kickstart careers, courtesy the IPL.

Coming on the back of the third South Africa vs India Test match, the result of the Cape Town Test can serve as a great booster, especially to the South African colts. Aiden Markram and Kagiso Rabada were the stars of a memorable triumph eight years ago and the current crop will be confident of following in their footsteps.

India's big boys once against failed to win a Test series in South Africa while Dean Elgar's unfancied team came from the dead to fashion an incredible 2-1 series win. As both nations look towards the future, this ICC Under-19 World Cup can reveal the next generation of players who can rise and shine.

India have only once failed to make it past the group stage at an ICC Under 19 Men’s Cricket World Cup – at the opening edition in 1988 – and enter among the favourites to go all the way.

The spin twins therefore have headed to the Caribbean full of confidence, as do the Asia Cup’s leading run scorers Harnoor Singh and Shaik Rasheed, and India’s strength with bat and ball will again make them formidable opponents. 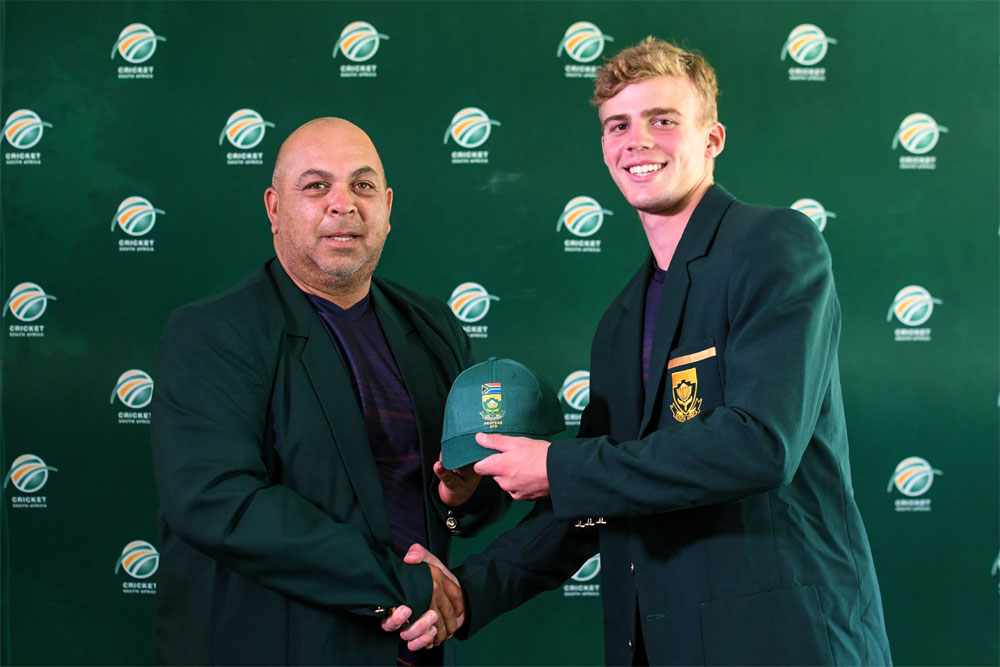 Junior Proteas captain George van Heerden expressed his and the team’s excitement levels and eagerness to get started and even welcomes the games coming thick and fast.

“To be honest, I have never played games with so much rest time before in my life, so two to three days between games is quite a lot and the thing is for us, we are so keen to get out on the park now, having been here for such a long time with the tour against the West Indies before this. So, the minimal wait time is actually a good thing for us,” he added.

“We are extremely excited; last night a couple of us were chatting about all of the SA players that have gone before us, with the names like Aiden Markram, Rabada and all of those guys that been in our seat before us, it has been absolutely amazing.

“It’s such a great opportunity for all of us and just seeing the people that are walking around the hotel; this morning I saw Simon Doull, Samuel Badree, Curtly Ambrose; it’s been eye-opening, but we are all just very excited about what’s to come,” van Heerden said.

Looking ahead to Saturday’s opener, South African under-19 head coach, Shukri Conrad said his team, which finished as runners-up in 2020 and won the 2018 edition, will not go in as underdogs.

“The mood in the camp is really good and we are just itching to get on the park. Everybody is in a good space, both from a skills point of view and from a psychological point of view.

“We haven’t really seen them (India). We watched a little bit of their warm-up game and I don’t see them as favourites as we want to start ridding ourselves of the underdog tag; especially when we come up against India."

Key Player: Harnoor Singh The in-form U19 star played a starting role in India's Asia Cup triumph, finishing with 251 runs in five matches, averaging 50.2 and striking at a rate of 82.3. Hailing from a family of cricketers (his grandfather and uncle played in the Ranji Trophy), Harnoon smashed three hundreds in four innings in the 2021 Under 19 Challenger Trophy, racking up 418 runs – the most by any player.