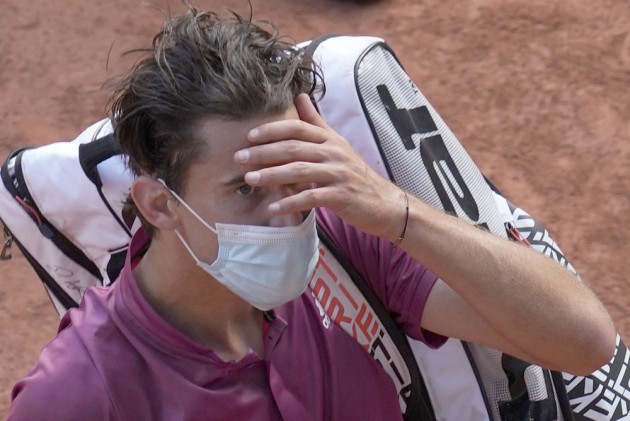 Dominic Thiem crashed out of the French Open in the first round as the US Open champion and two-time Roland Garros finalist suffered a stunning loss to Pablo Andujar. (More Tennis News)

Thiem looked to be easing to a routine win on the opening day of main draw singles action in Paris, having claimed the first two sets.

However, Andujar staged a remarkable fightback to end the world number four's bid for a third appearance in the final.

This is his first win against a Top 5 player in the FedEx ATP Rankings.#RolandGarros

Thiem hit 66 winners over the course of an epic that lasted four hours and 28 minutes, but his efforts were undermined by 61 unforced errors to Andujar's 47.

It is another low point in an underwhelming year to this point for the fourth seed, who has won only nine of his 17 matches in 2021.

And it is a result that opens up the bottom half of the men's singles draw, with Novak Djokovic, Rafael Nadal and Roger Federer all in the top half.

Andujar, who has never progressed beyond the third round at Roland Garros, will face Radu Albot or Federico Delbonis in round two.