In an exclusive interview with Outlook, former India women's cricket team captain Shantha Rangaswamy revealed that her former side's 1976-77 Test series Vs new Zealand should be given "official status". 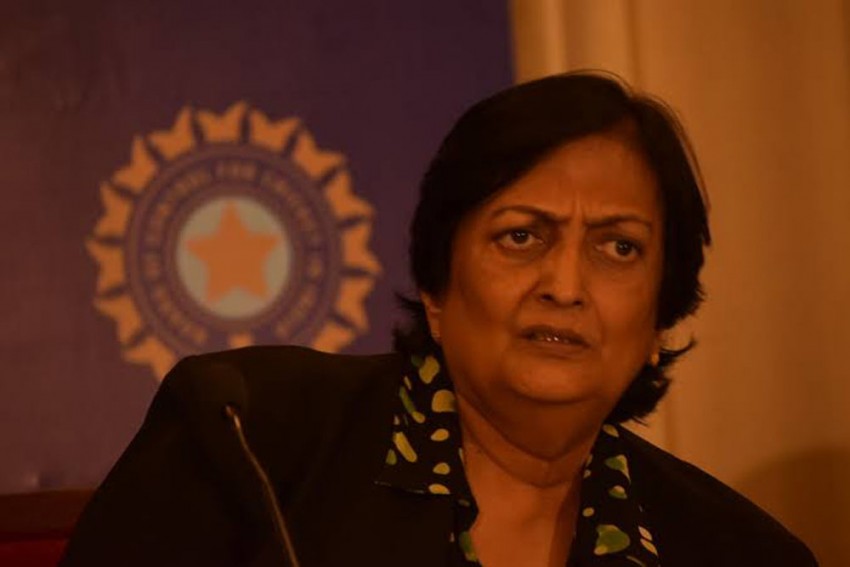 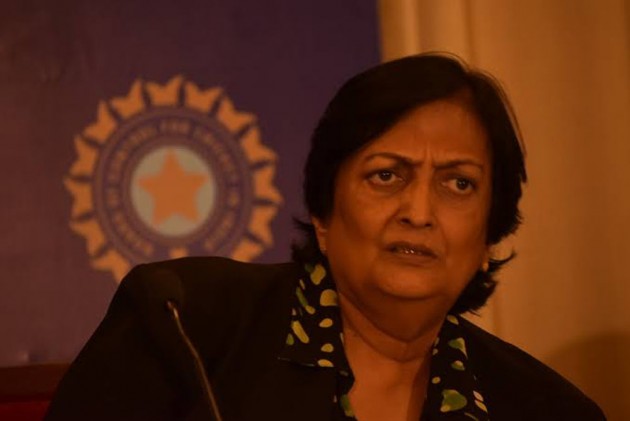 One of the issues that Shantha Rangaswamy, India’s first woman Test captain, wants to take up with the new Board of Control for Cricket in India (BCCI), is to get the unofficial ‘Tests’ played on New Zealand’s 1976-77 tour of India declared official. For this, she wants new BCCI president Sourav Ganguly to take up the issue with his counterpart in New Zealand and also with the International Cricket Council (ICC).

The 65-year-old rues that her 500-plus runs scored in that five-match ‘Test’ series and her teammate and ace left-arm spinner Diana Edulji’s 20-odd wickets are not part of the official records. “That is a little hurting,” says Shantha. The 5-foot-8.5-inch tall former banker, who is also part of the BCCI Apex Council as a representative of the newly formed Indian Cricketers’ Association (ICA), feels it’s never too late to rectify the records, and that she would take up this issue with Ganguly and others in the BCCI.

Shantha was India’s first woman Test captain when the team opened its account against the visiting West Indies in November 1976 at M. Chinnaswamy Stadium in Bangalore, her home city. She went on to play 16 Tests and 19 ODIs between 1976 and 1991, scoring 750 Test and 664 ODI runs. She also bagged 21 Test and 12 ODI wickets. Later, the Bachelor of Arts degree holder served Indian cricket in different capacities, including as a member of the BCCI’s Cricket Advisory Committee, recently, and as chairperson of the national women’s selection committee a few years ago, having retired as General Manager of Canara Bank in Bangalore.

Recently, Shantha was elected among the three of the ‘Institutional Members’ from the Bangalore Zone, representing Mount Joy Cricket Club, in the Karnataka State Cricket Association (KSCA) elections. But when she was later elected unopposed for the post of ‘Female ICA Representative Nominee to BCCI Apex Council, she resigned from her KSCA post. She says she could return to Karnakata cricket administration after her tenure with the ICA gets over.

Excerpts from an Exclusive Interview:

Two things stand out. One is the win against the West Indies under my captaincy, in the Patna Test match in 1976. It was India’s first-ever win in Test matches. And then my century in the Dunedin Test against hosts New Zealand, in January 1977. The point is that the team that we played in New Zealand played against us in five Tests in India also. But when we toured New Zealand, the Test in Dunedin was given the official status and when the same New Zealand team visited India in 1976-77 the Tests were declared unofficial. That needs a relook. My 527 runs in five Tests -- I got a century, 119, in Pune -- have gone down the drain. What would have happened if I had not scored a century in Dunedin? Diana, I think, got 20-odd wickets in that series. So, many players who played those Tests are not being recognised as those matches were called unofficial. That is a little hurting. Maybe our people [BCCI officials] told [New Zealand] to send a team that’s a blend of youth and experience. But the same team played when we went there.

Did you later take up this issue with authorities?

See, my point is that the International Women’s Cricket Council (IWCC) did not agree. Later, it was merged with the International Cricket Council (ICC) in 2005. It’s never too late [to give official status to those Tests vs New Zealand]. At least, now we want to make a case out of it. So many players who played then are deprived of some benefits from the BCCI because those Tests were turned unofficial. We played the same New Zealand team, and that’s what is irking me. Sad that many players missed the Board’s benefits because of one wrong classification. I am sure, it can be rectified and those Tests can be made official. We will make a submission, and the BCCI, which is in such a position, can take it up with New Zealand and the ICC, and reclassify them as official Tests.

In 2014 or 2015, when I was the chaired the national selection committee, I wanted India to play a Test – we played against South Africa and England -- but New Zealand refuses to play, saying that they don’t play the longest format at all. Now the BCCI also stopped talking about Test cricket. Australia and England still play, we should play with people who are ready to play Test cricket. But some somehow that’s not happening. We need to revive that. At least, when England and Australia visit India, we should have Tests. But that is somehow not happening. It is one of the items I would like to take up for discussion also. Let’s see. Sourav Ganguly is there as BCCI president. When he says that he wants to do something for first-class cricketers, I suppose he includes women players also. So, that’s a good sign. Hopefully, half of our work will be done. What we need to do, he himself is proposing. If it happens, it will be a shot in the arm for all women cricketers who slogged all their lives to help sustain this game. If we had not played well initially, the women’s cricket would have been dead by now. But it’s because we laid a solid foundation, the game has survived.

ICC must take the initiative. So what, as it men’s cricket draws a lot of crowd. You saw the Pune Stadium [during the recent India-South Africa second Test recently]? It was virtually empty. It’s bound to happen because of TV coverage; it’s so good that people can watch matches from across the globe from their drawing rooms. How do the Ashes Tests get the crowds? When India tours abroad the Indian population comes to watch. Likewise, if we persist, interest can be developed.

Now that you are in the BCCI, along with male ICA representative to Apex Council Anshuman Gaekwad and Mohammed Azharuddin (as president of Hyderabad Cricket Association), and Sourav will also, I think, support you on this point.

Sourav was a captain par excellence; an aggressive captain. He is speaking of taking care of domestic players. So, I’m sure a man with such ideas will not oppose this.

You now have a platform in the form of the ICA – the players’ voice – and you have three players in the BCCI Apex Council in Ganguly, Gaekwad and you. Azharuddin is likely to head a cricket committee.

Unless they redefine the conflict of interest, no one can be in two committees.

But Azharuddin is not in any BCCI committee; he’s president of the Hyderabad Cricket Association.

No, he is not. But if he gets into another committee [of the BCCI], say, technical committee, then? That’s why I am saying they have to redefine the conflict of interest. That’s the first job the BCCI will have to do, otherwise, where will they get quality players from? Let’s take the case of the Cricket Advisory Committee (CAC). It meets once in six months, or a year, or two years. If Kapil Dev, Laxman, Ganguly and myself have resigned, which player will come? Dravid is training the future cricketers of India and he is besieged by this problem. Many will say ‘why should we put up with this [conflict of interest by accepting BCCI posts]?’ They will just chuck it. That’s the reason I am saying that, hopefully, the BCCI will redefine what the conflict of interest means and get the approval of the Supreme Court, so that we don’t discourage experienced, quality cricketers from entering into such committees. [The Committee of Administrators has in its 11th Status Report submitted with the Supreme Court, appealed to it to make the Conflict of Interest rule flexible.]

Coming back to the lack of crowds in Test cricket, the initiative has to come from the top, isn’t it?

ICC, per se, in my opinion, because you cannot ignore the aesthetic value of Test cricket. And I would want the under-19 and under-23 players to play longer duration matches, especially the under-19, so that they don’t get corrupted with their technique. Kohli can play any format because of his superior technique. But others play across the line etc., because they don’t play [sufficient] longer duration games. Earlier, the BCCI had inter-state and inter-zonal tournaments of two-day games for under-19 to ensure that they learn the game the right way. I would say you have to have it. The Indian Board has been very powerful for the last 10-15 years; they can ask them to play Test matches. But a prod, a push is needed from the ICC.

What are your feelings at breaking the glass ceiling – i.e. the male bastion – and entering the BCCI as a ‘female representative’ of the officially recognised Indian Cricketers Association (ICA)?

I am very happy for women cricketers. I am only their representative. It’s not just me. It may be a small step for me, but it’s a giant leap for Indian women’s cricket. It’s like entering the ‘temple’ of Indian cricket, which is the BCCI.

Are you a little bit nervous at entering this ‘temple’?

Not at all, not at all. I was a general manager in a nationalised bank [Canara Bank]; I have attended Board meetings; I was a director of a couple of companies in my capacity as General Manager of Canara Bank. Plus, I have attended a lot of the [Supreme Court-appointed and GK Pillai-headed] Steering Committee meetings of the BCCI. I have attended the BCCI’s Cricket Advisory Committee (CAC) meetings. So, I am definitely not nervous; but I am enthusiastic. The enthusiasm is there like a school kid.