Home  »  Website  »  Sports  »  Everton Vs Liverpool: How Should We Expect Jurgen Klopp's Wounded Stars To Respond At Goodison?

Everton Vs Liverpool: How Should We Expect Jurgen Klopp's Wounded Stars To Respond At Goodison?

The form book can go out of the window on derby day, but what do the history books tell us about how Everton vs Liverpool might unfold? 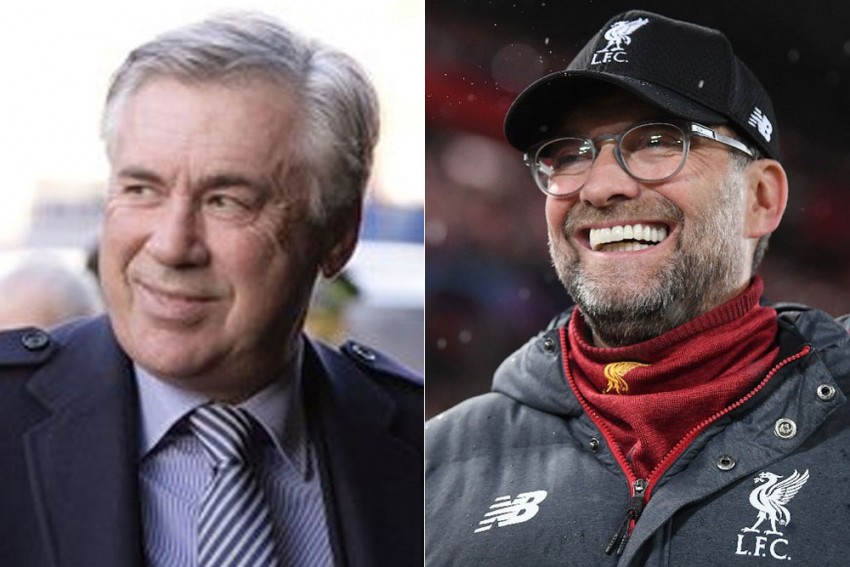 Carlo Ancelotti and Jurgen Klopp
Omnisport 2020-10-16T15:58:34+05:30 Everton Vs Liverpool: How Should We Expect Jurgen Klopp's Wounded Stars To Respond At Goodison? 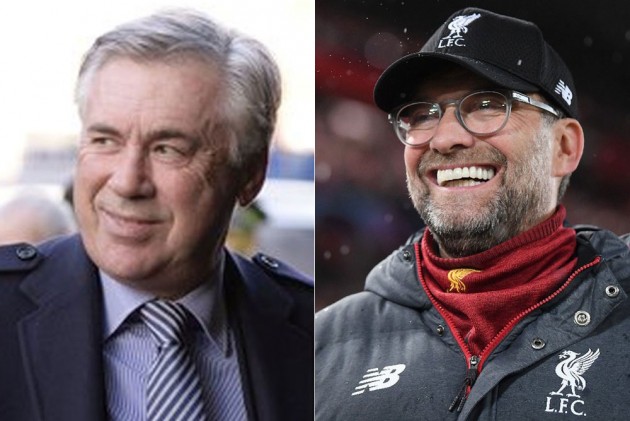 The Premier League had already thrown up a disorientating, action-packed weekend by the time Liverpool took to the field at Villa Park at the start of this month. (More Football News)

After that humiliating scoreline, one seemingly plucked from the realms of fantasy or another sport entirely, how can we expect Liverpool to respond?

Their weekend opponents, Merseyside rivals Everton, are top of the Premier League table thanks to four wins out of four. Has Liverpool's favourite fixture come around at the worst possible time?

How do champions respond to a thrashing?

When looking for precedents to see how Liverpool might fare after their Birmingham ordeal, we're operating with a fairly small sample size.

Put simply, reigning champions tend not to lose so heavily too often. In the Premier League era, there have been seven instances of the team with the biggest target on their back being defeated by four goals or more.

Two of those came in the league's inaugural season, when Leeds United struggled to maintain the form that lifted them to the Division One crown on the other side of the rebrand.

Howard Wilkinson's side lost 4-0 at Manchester City on November 7, 1992 - a reverse that was compounded by a League Cup defeat at Watford. But they regrouped impressively for Arsenal's visit to Elland Road, dispatching the Gunners 3-0.

Arsenal were also the opponents after Leeds lost 4-0 at Tottenham on February 20 ,1993, with the second of their double-header in north London ending in a 0-0 draw.

Blackburn Rovers endured a similarly unhappy title defence in 1995-96, but they were at least able to bounce back from a 5-0 December reverse at Coventry City when Alan Shearer scored the only goal to down Middlesbrough.

Manchester United dominated the Premier League under Alex Ferguson but were not immune to the odd humbling setback. One of those arrived on October 20, 1996, when Newcastle United thrashed them 5-0 at St James' Park.

There was more misery to follow, with Southampton raucous 6-3 victors in United's next league game at The Dell. It got worse for Ferguson's men, with defeats to Fenerbahce and Chelsea.

Most pertinently for Liverpool, United still finished 1996-97 as champions. As they did in 1999-00, when a 5-0 embarrassment at Chelsea was followed by a 4-1 win over Watford.

They lost out on goal difference to Manchester City in 2011-12, meaning a 6-1 loss in the derby at Old Trafford was telling in the final reckoning. Everton learned it is not always easy to capitalise upon such a malaise as United ground out a 1-0 home win in their next match.

Claudio Ranieri and much of the Leicester City fairy tale had dissipated by the time Tottenham thumped them 6-1 at the King Power Stadium in May 2017, with Harry Kane scoring four. The Foxes recovered their poise to close the 2016-17 season with a 1-1 draw at home to Bournemouth.

Bad night at the office or signs of decline?

Even if history shows the next game after a heavy defeat tends not to be a problem for reigning champions, the ripples from Liverpool's Villa Park reverse will probably be felt for some time, with opponents at least emboldened to try and probe at perceived vulnerabilities.

It is worth remembering that Klopp's side won each of their first three Premier League games this season and Opta's advanced metrics show they are hitting similar levels overall to last season at this early stage.

In terms of high turnovers (a sequence that starts in open play and begins 40 metres or less from the opponents' goal), ending in a shot and pressed sequences, the Reds are the best performing team in the division. That was the case over the entirely of last season, apart from shot-ending high turnovers - where they were second.

Effectively disrupting opponents in their own territory is an area where Everton have improved markedly. For shot-ending and goal-ending high turnovers, they were the lowest ranked Premier League team in 2019-20. Carlo Ancelotti's resurgent side are tied fifth and seventh respectively in those categories so far this season.

Another area where Liverpool are ahead of the rest of the league is their starting distance of 49.2 metres - the average distance they are from their own goal when starting an open play sequence. Of course, dominance of this sort is in part facilitated by the high defensive line Villa exploited so frequently.

4 - Carlo Ancelotti is the first manager to guide Everton to wins in each of their opening four league games of a season since Harry Catterick in 1969-70, when the Toffees went on to win the title. Acknowledged. pic.twitter.com/DYPmE2Q0ZH

Saturday's game will be exactly 10 years to the day from when Everton last won a Premier League derby.

If Liverpool avoid defeat they will set a new club record of 23 games unbeaten against the same opponent in all competitions. They set their previous best of 22 matches without a loss between September 19, 1981 and March 8, 1992… against Villa.

However, there are a couple of historical quirks to send those of a Goodison persuasion into the weekend with a smile on their faces.

Everton are aiming to win their first eight games of a campaign in all competitions for the first time since the 1894-95 campaign. The eighth game in that sequence of Victorian joy? A 3-0 home win over Liverpool.

They have not won their opening five league games since 1938-39, when the fifth victory came 2-1 over an Arsenal team who were the reigning champions.