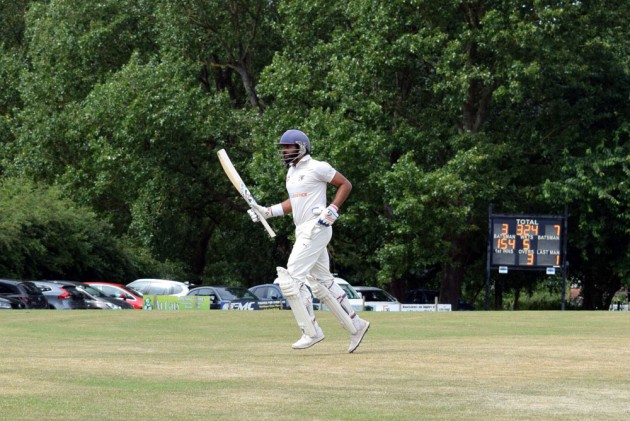 The Board of Control for Cricket in India, looking at a close to Rs 4,000 crore loss if there is no IPL this year, is on a difficult pitch trying to release payments to domestic cricketers. Although the BCCI is claiming it is clearing dues to players from the last three years, Chattisgarh's Ranji Trophy captain Harpreet Singh Bhatia is steadily running out of his savings.

The Indian Express on Friday reported the plight of Bhatia and several domestic players who are awaiting their dues from BCCI. Bhatia, a former India Under-19 player, doesn't have a job or an IPL contract and usually uses the summer to play in the English minor Counties to make a living. The coronavirus has virtually killed the English season and most Counties are relying on financial assistance from the England Cricket Board to survive.

"It doesn’t matter to those playing international cricket. But those who are dependent on only domestic cricket are certainly worried in these times. I am worried. I don’t have any IPL contract or a job. The domestic money which we earn never comes on time. We haven’t received our domestic match fees for last season till now. I’m yet to get three years’ gross money for playing domestic cricket," Bhatia has been quoted as saying in the Express report.

In India, a player gets around Rs 40,000 per day of a first-class match. If he plays the entire season, a Ranji player can earn up to Rs 10 Lakh a year from the Board. Bhatia said he is due Rs 30 lakh because the BCCI hasn't paid him for three seasons.

BCCI treasurer Arun Dhumal blamed the coronavirus for all the delay. The BCCI's topsy-turvy situation under the Committee of Administrators for three years explains why many cricketers are in a financial mess.

"The process has started. We have released payments to players, officials and state associations. Because of the lockdown, things are slow. Our staff verifies documents of 150 players and officials daily, after which we send out instructions to release the payments.

"There could be a few cases where some might have not got match fees, including old dues like gross revenue share, but they will be getting it soon. If the lockdown hadn’t happened, things could have been done faster. Those who haven’t received payments will be getting it in the coming days," said Dhumal.

An affiliated unit like Chattisgarh gets around Rs 30 crore per season. This comes from a portion of BCCI's annual income. The Board usually shares 70 per cent of its income with state units. Lot of states who refused to fall in line with the new constitution of the BCCI saw their monies being stopped by the COA. The tangle is slowly unraveling.