Prajnesh Gunneswaran and Ramkumar Ramanathan will lead the singles challenge while Rohan Bopanna and Divij Sharan will make the doubles pair for the grass court tie, scheduled to be held in Islamabad on September 14-15. 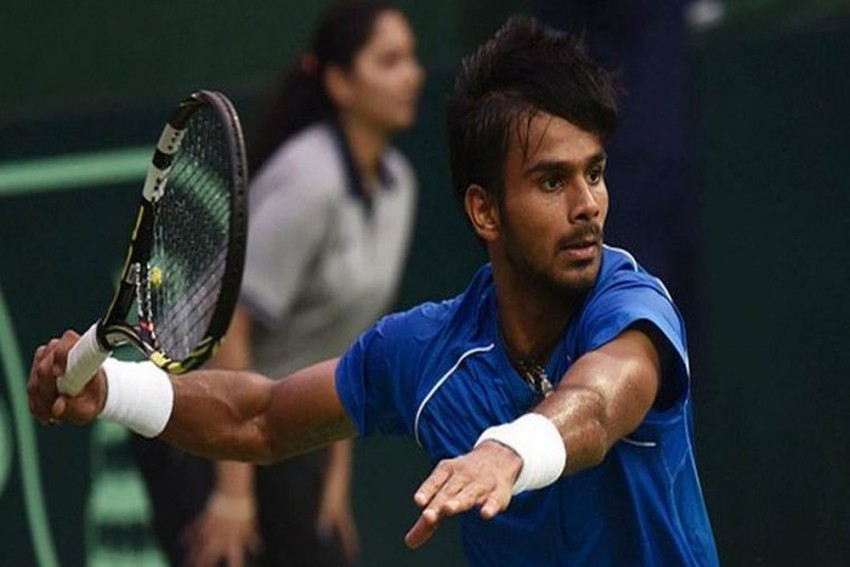 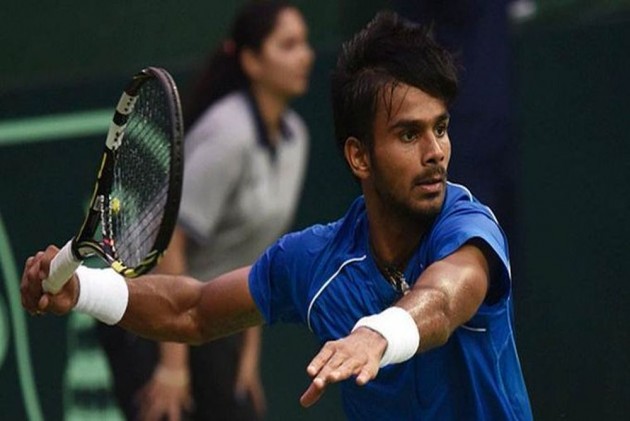 All the top players, led by Prajnesh Gunneswaran, were named in the Indian Davis Cup tennis squad that will travel to Pakistan but the AITA selection committee chairman Rohit Rajpal said they will look into the 'unavailability' of Sumit Nagal.

There was no scope for surprises with top singles and doubles players being automatic selection.

Gunneswaran and Ramkumar Ramanathan will lead the singles challenge while Rohan Bopanna and Divij Sharan will make the doubles pair for the grass court tie, scheduled to be held in Islamabad on September 14-15.

Since Nagal has made himself unavailable, citing an injury, the five-member committee chose to retain Myneni, who can play both singles and doubles, as the next best player on ranking charts.

Young and talented Sasi Kumar Mukund was selected as a reserve member.

While Rajpal and Balram Singh sat in the meeting, Zeeshan Ali, Nandan Bal and Ankita Bhambri attended it via tele conference.

Myneni was named in India's last tie, when the country hosted Italy on grass courts of Calcutta South Club last year in September but he did not get a match in team's 1-3 defeat.

Myneni last played in September 2018 when India travelled to Serbia for the World Group Play-offs, losing in straight sets with Bopanna to Nikola Milojevic and Danilo Petrovic.

Myneni, 31, won the doubles title at the Chengdu Challenger last week with compatriot Arjun Kadhe but has not got the best of singles results this season with just one semifinal appearance (Jerusalem) in 14 tournaments on the Challenger Tour.

"It was straight forward selection this time. We needed an all-rounder, so Myneni was picked. He has a big serve and he plays well on grass," Rajpal told PTI.

When asked about Nagal's unavailability, Rajpal said the young player had written to them that he has twisted his ankle in Germany.

"He sent an e-mail, saying he is injured. Carrying an injured player to a tie is worse scenario but we are not going to accept just the letters. Gone are the days. We will ask for a medical certificate. If players are making themselves unavailable for national duty, it's a serious issue.

"We have to see that it's a genuine case. If he is genuinely injured that's fine but if you are faking an injury then I will put it on record and take the matter to AITA Executive Committee. We will be watching. This is not acceptable," asserted Rajpal.

India have never lost to Pakistan in six Davis Cup contests so far and the clean record is likely to remain, considering that Pakistan does not even have one singles player, who is ranked on the ATP chart.

India's Prajnesh is ranked 90 in the world while Ramkumar is placed 184. Myneni is 271.

Bopanna and Aisam once formed a formidable team, dubbed Indo-Pak Express by media. They made the US Open final in 2010, losing to legendary Bryan brothers -- Mike and Bob.

"We are surely a strong team but we will not take Pakistan lightly," added Rajpal.

Asked if Myneni will get to play on the first day of the tie since he is good on grass, Zeeshan said," We will see the conditions and players' form near the tie. It's too early to say anything now."

For the first time the Indian Davis Cup team will be accompanied by a Team Manager.

Maharashtra State Lawn Tennis Association (MSLTA) secretary General Sunder Iyer has been named as the manager by the AITA in a press release.

The winner of the Asia/Oceania Group I tie will qualify for the next year's World Group Qualifiers.