Afghanistan failed to win a single Cricket World Cup match and Gulbadin Naib admitted they expected to do better in England and Wales. 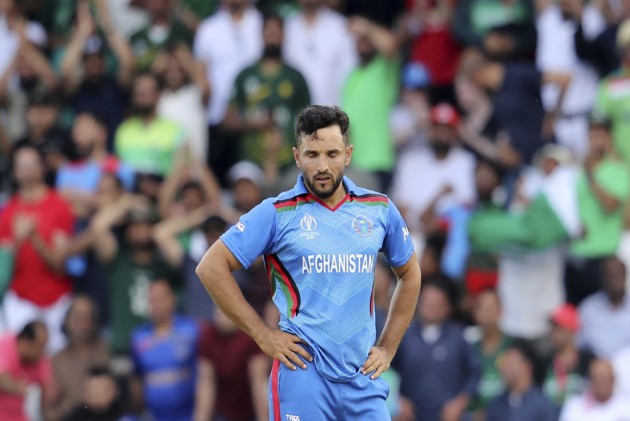 Gulbadin Naib declared Afghanistan had failed to hit the expected heights at the Cricket World Cup after failing to pick up a point in the group stage.

Afghanistan lost by 23 runs to West Indies in their final match of the tournament on Thursday, concluding a disappointing campaign in England and Wales.

Gulbadin's men were unlikely to ever trouble the leading nations in terms of qualification for the semi-finals but, having beaten Pakistan among others ahead of the World Cup, had hoped to perform better.

The captain suggested Afghanistan did not play their "natural cricket" during the event, though he was at a loss to explain why.

"I'm really disappointed for the performances, especially for the team," Gulbadin said. "If you look at each and every game, we did a lot of mistakes.

"We did not look like an Afghanistan team, playing our natural cricket, how we played in the past two, three years. I didn't see it here. I don't know why.

"Everyone is expecting a lot for Afghanistan cricket, that we will show the world how we beat the teams, the big teams.

"We did well in the end, for the last five games, four games, we did quite well. But these are big games and big teams."

West Indies were also underwhelming, winning just two matches, but Shai Hope was quick to the take positives from the tournament.

"If you don't improve and learn from this experience, we're not going anywhere, we're not learning anything," he said.

"I'm sure we're going to use this as basically a platform for the next four years. And hopefully we can have something stronger and build more momentum early in the tournament and take it on to the semis and the final [in 2023]."