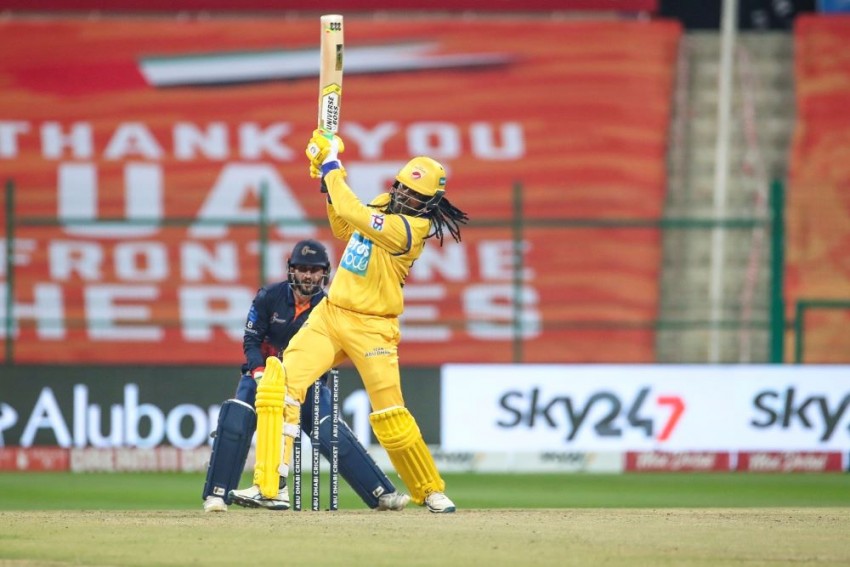 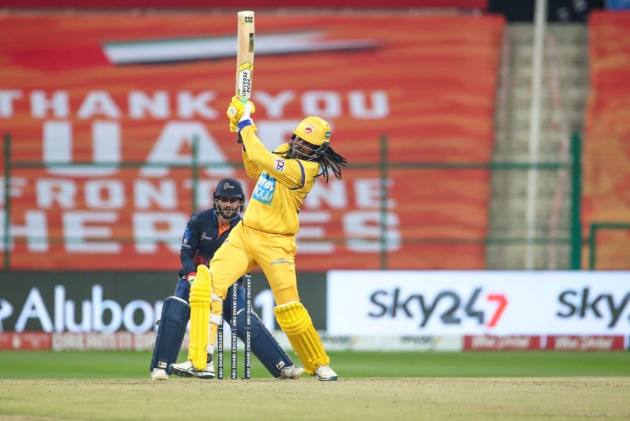 Gayle smashed nine sixes and six boundaries during his blistering knock at the Abu Dhabi Zayed Cricket Stadium. He reached his half century in 12 balls and equalled the fastest half century in T10 history held by Mohammad Shahzad for Rajputs in the 2018 edition.

Chasing Maratha Arabians' moderate total of 97 for 4, Gayle helped his team reach the target in 5.3 overs.

The towering 'Universe Boss' tore apart the opposition attack with his batting pyrotechnics. All his sixes and boundaries were hit effortlessly. Incidentally, 78 of his 84 runs came through boundaries.

Put in to bat, the Arabians introduced UAE's 18-year-old Alishan Sharafu to open with Mukhtar Ali. Tom Helm bowled a maiden first over to Sharafu.

In the second over, Mukhtar hit Rohan Mustafa for three boundaries while Sharafu hit a six to take 19 runs off that over.

Sharafu's fine knock of 33 came to an end in the seventh over when Obed McCoy had him caught behind.

Senior Pakistan batsman Mohammad Hafeez too followed, caught and bowled by Naveed  Ul Haq, for 20 in the eighth over.

Shoaib Malik later hit two consecutive boundaries off the fourth and fifth deliveries of Naveed's over to swell the Arabians' total.

Chasing the easy target, Gayle gave Abu Dhabi a flying start. He hit Yamin Ahmadzai for three consecutive boundaries and a six to get 18 runs off the over.

Opener Paul Stirling too hit Sompal Kami for two consecutive boundaries of the first two balls of the second over.

Gayle hit the fourth, fifth and sixth deliveries for sixes to take 27 runs off the over.

After Mosaddek Hossain picked the wicket of Stirling with the second ball of the third over, Gayle then went on to hit the next four balls for two boundaries and two sixes.

Rishabh Pant Is Up There With Ben Stokes, Says Michael Vaughan